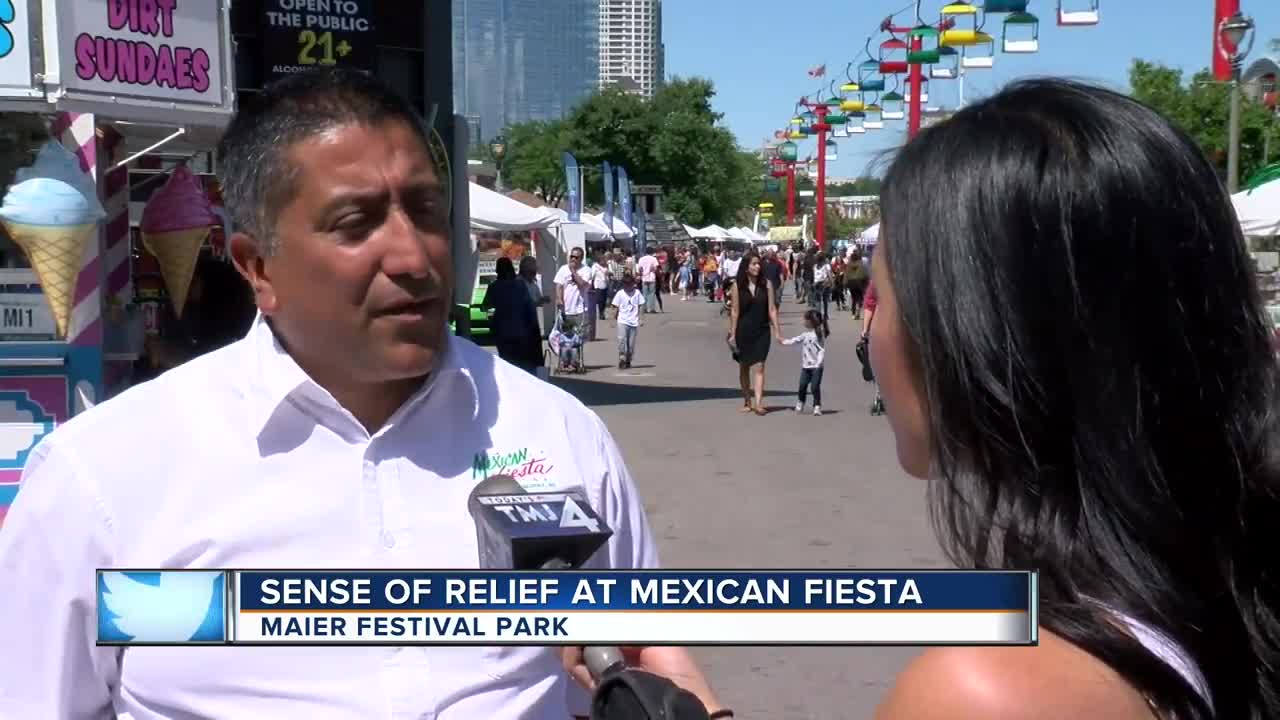 MILWAUKEE — Police announced Friday morning that a threat made against Mexican Fiesta was not credible.

Moments after the announcement went out the festival gates opened at noon and people filed in.

"They searched and found nothing. No record no criminal ability is for this man to do the crime," said Ruben Burgos, President for the Wisconsin Hispanic Scholarship Foundation which organizes the festival.

Burgos said the additional security resources they had planned with Milwaukee Police, before the individual who reportedly made the threat was arrested, will remain as a precaution. Multiple police officers were seen walking the festival grounds.

This is the sixth year Giobanni Rangel and her family drove from Iowa to Milwaukee for Mexican Fiesta. Rangel said they thought about skipping it but decided to keep their plans when she heard police made an arrest.

"It’s really safe every year that we come so we feel pretty safe here," said Rangel.

Other visitors say simply showing up to Mexican Fiesta in light of the bogus threat is a sign of support.

"To me, that’s not a big deal. You come down and you support your community members whether you’re exactly part of the community or adjacent to that community," said Christopher Tsukichi.