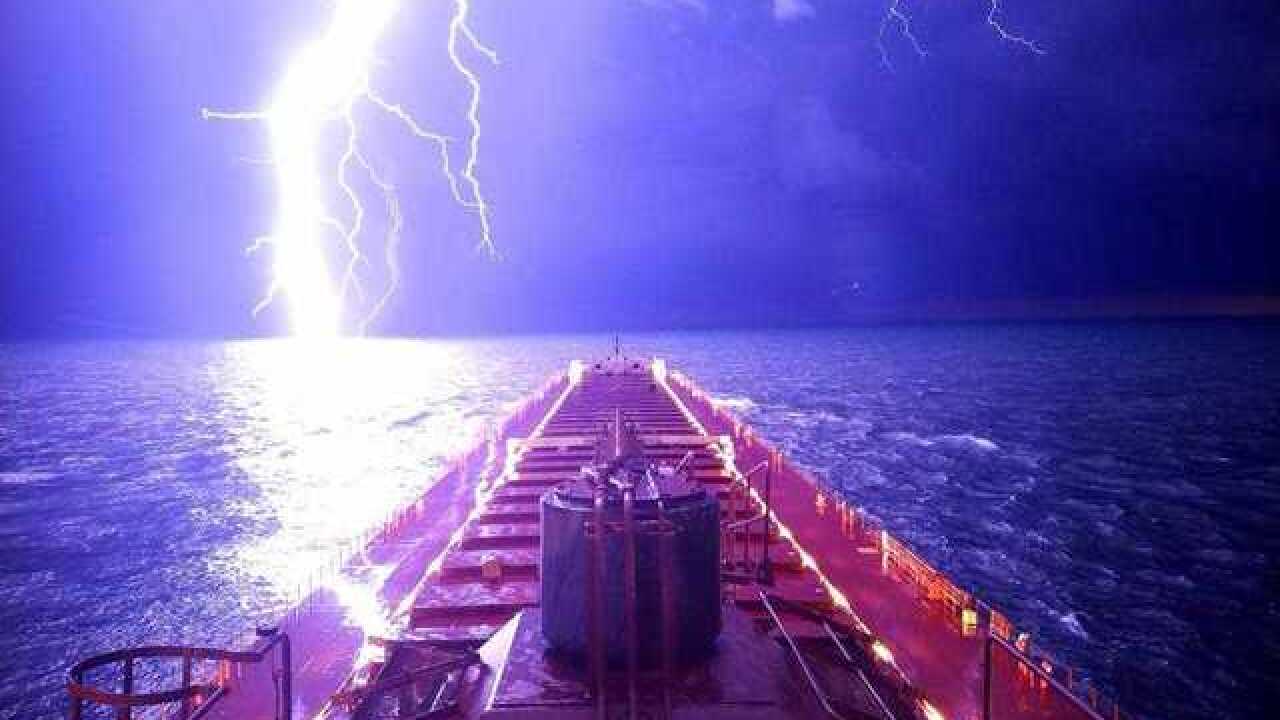 The photo was taken by Door County native Jack Brandenburg aboard an Interlake Steamship Company freighter traveling from Duluth, Minn. to Indiana.

According to Interlake Steamship, the freighter was carrying iron ore when the lightning struck the water.

"The weather wasn't quite as dramatic as it looks in this photo but it was raining and lightning," a spokesperson for Interlake Steamship said.

Since the photo has been shared, it has been liked over 4,000 times and shared nearly 7,000 times as well.