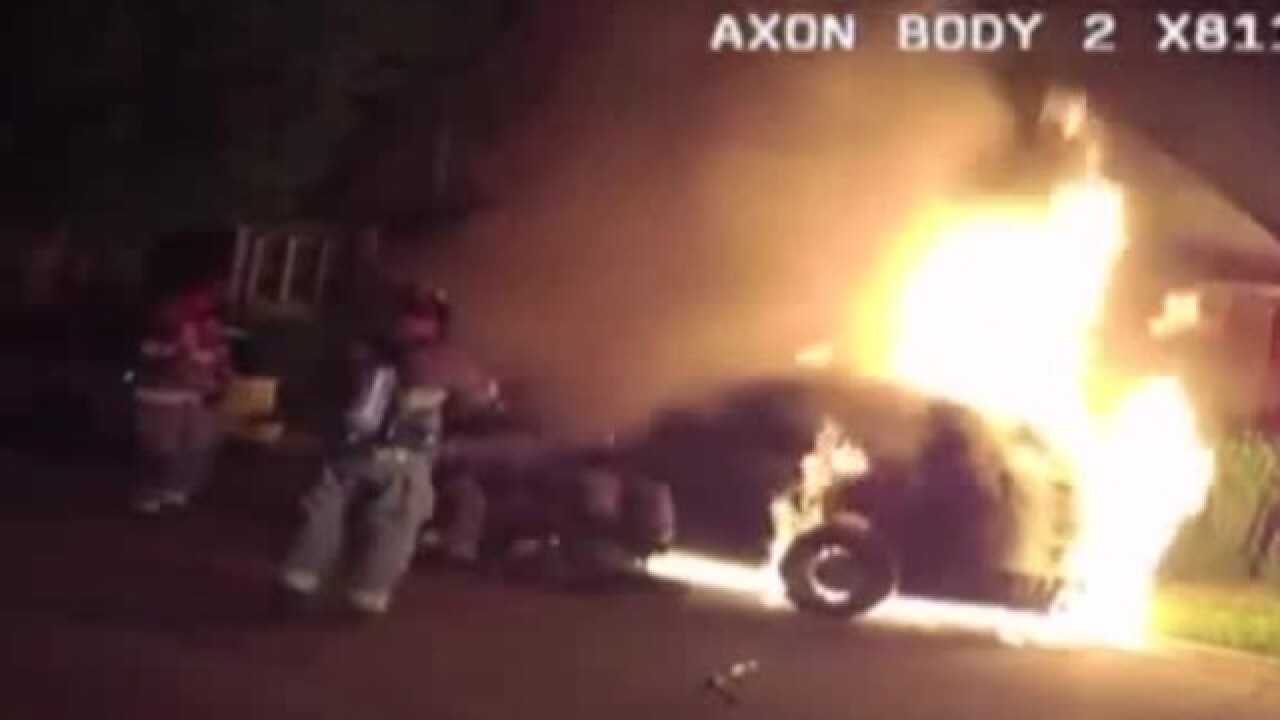 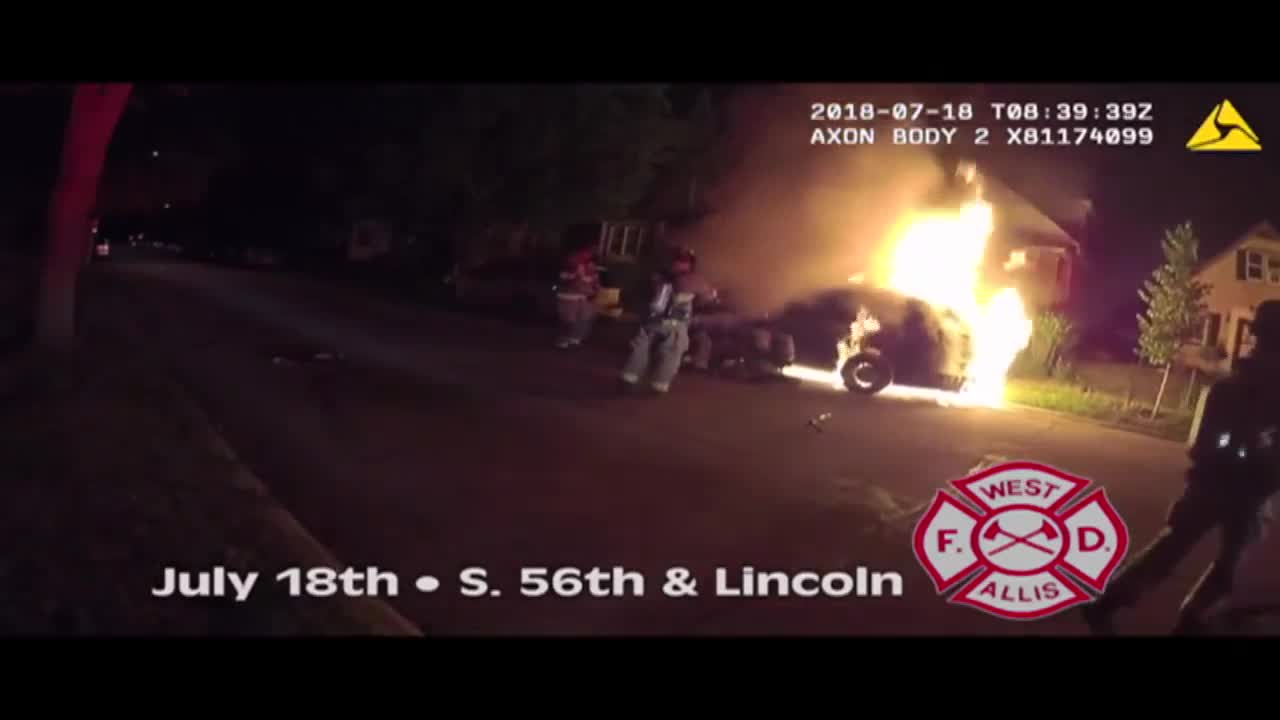 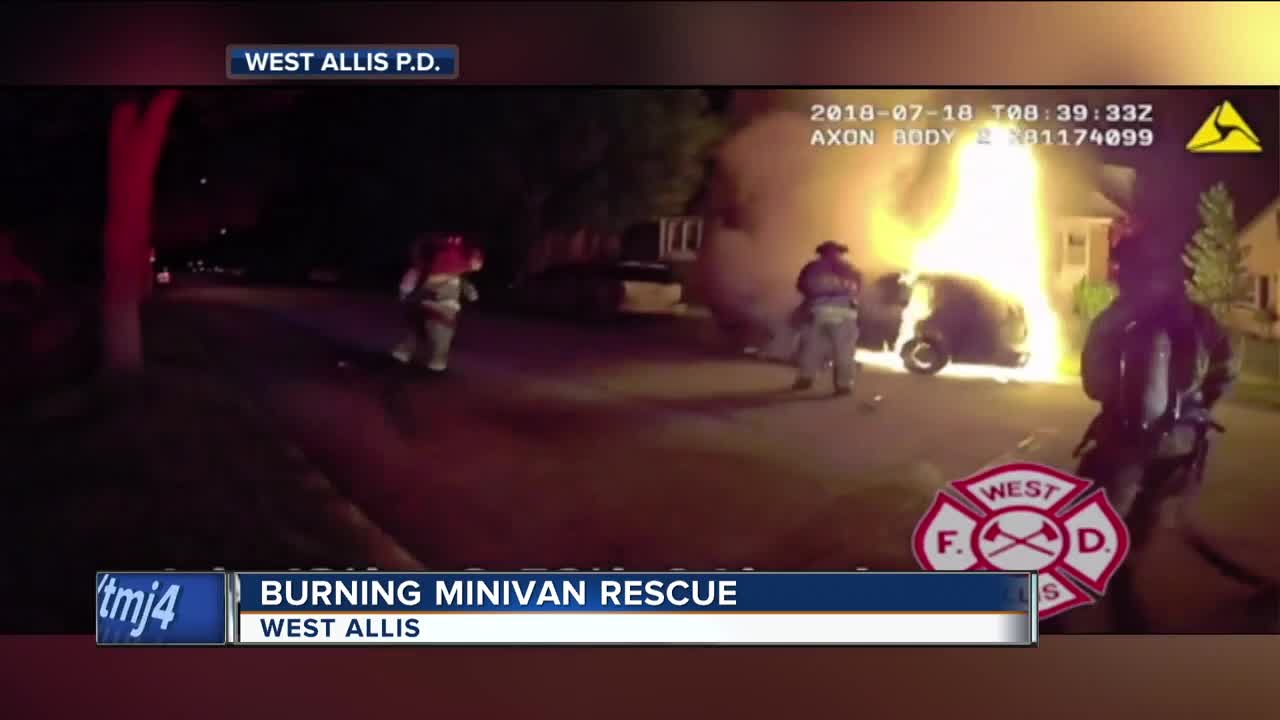 Fire crews believe the man passed out with his foot on the gas pedal while the vehicle was in park causing the engine to overheat.

Moments later it caught on fire. Before firefighters arrived to the burning white van at S. 56th and Lincoln, a woman who lives across the street and doesn’t want to be identified knew something was wrong.

“Me and my daughter were lying down and we heard a really loud noise,” she said. “We looked out the window and we saw a van and underneath it, there were red sparks and you could hear it revving and revving.”

That neighbor called 911 not even knowing a man was inside.

"No sooner did the back of the van start on fire, the firemen were right there," she said.

“Our crews quickly ran over to the car, broke the window with an ax, reached in and saw the gentleman in the front seat was still seat belted in the car and unconscious," said Zellmann. "They reached in and undid the seatbelt, opened the door and pulled him out to safety.”

That man was dragged to safety without a single burn; just a few scrapes and bruises from the rescue.