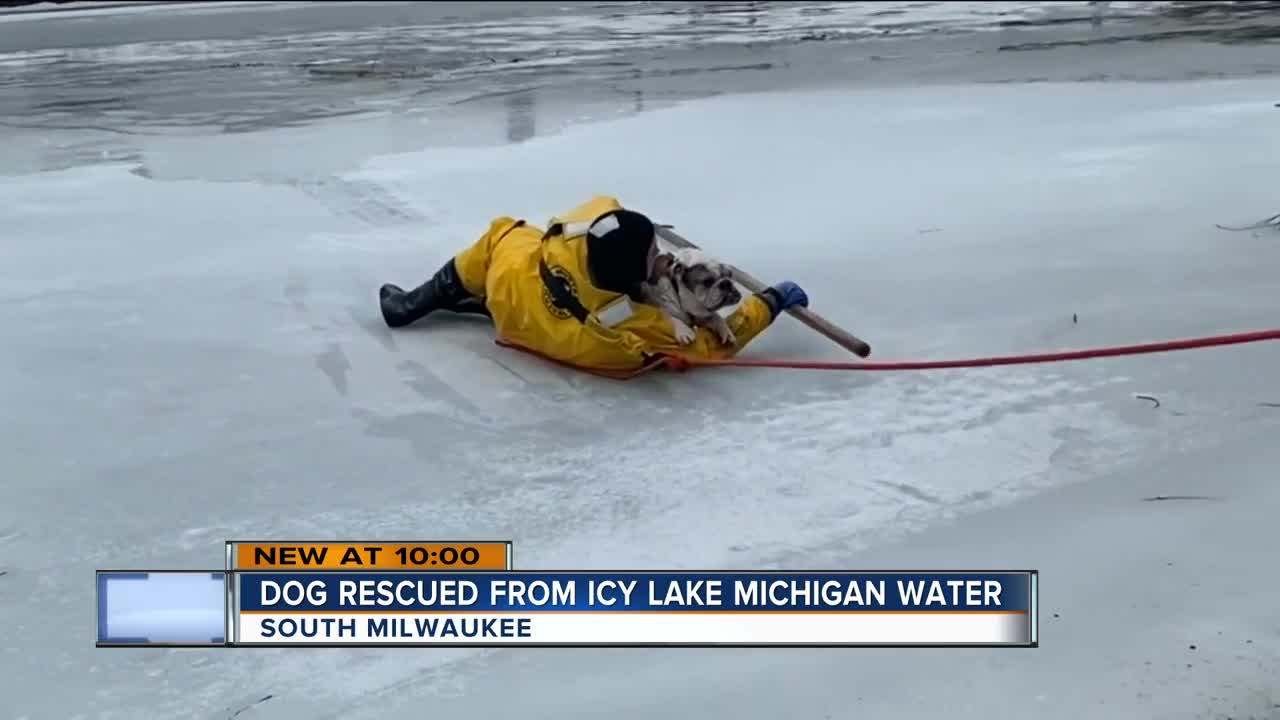 Firefighters say a bulldog they rescued Friday morning is lucky to be alive after he fell through the ice and spent ten minutes in the frigid Lake Michigan water.

SOUTH MILWAUKEE — Firefighters say a bulldog they rescued Friday morning is lucky to be alive after he fell through the ice and spent ten minutes in the frigid Lake Michigan water.

Cell phone video of the rescue shows Tuff struggling in water 10 feet deep outside the South Milwaukee Yacht Club. Firefighters yelled at people to get off the ice then they quickly spotted Tuff in the nick of time.

"It was just muscle memory," said firefighter John Rhinesmith. "Get the suit on, get zipped up."

Rhinesmith said that's because his team trained for these situations in the exact same location on Wednesday.

Rhinesmith got on his knees to gently fall through the ice and grabbed ahold of Tuff.

"He was cold and he was tired and there wasn't much time left," Rhinesmith said.

Rhinesmith and Tuff were dragged by rope to shore by other firefighters.

"We wrapped him up in a blanket, got him in the ambulance, dried him off and after about 5 or 10 minutes the dog started coming around and regained some activity level," said firefighter Ryan Kurz.

While Kurz is thankful Tuff is alive and well, he warns dog owners and good samaritans not to try to rescue animals or people themselves.

"Too often we see would-be rescuers run out after their loved ones or their pet and then they become a victim as well so we would say the best thing is to call 911," Kurz said.