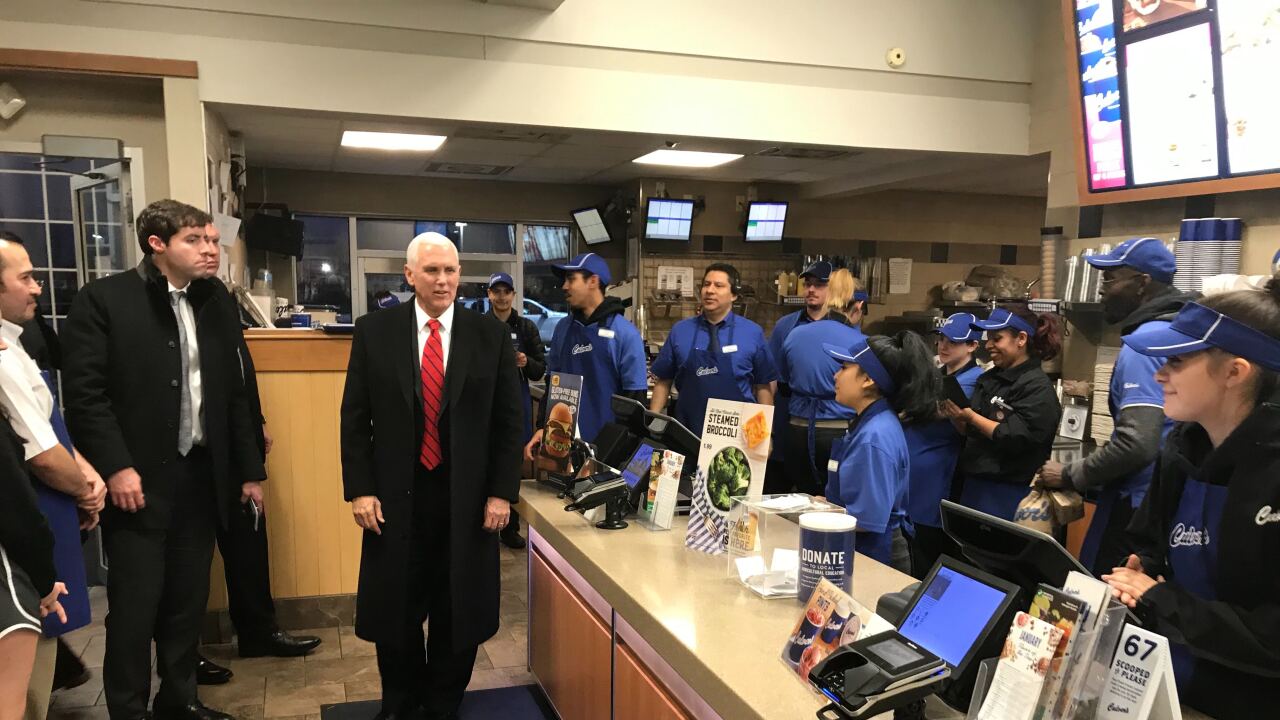 MILWAUKEE — Vice President Mike Pence made a stop to a local Culver's while in town for President Trump's Milwaukee rally.

People inside the restaurant lined up to greet him.

The election was brought into the conversation as he was speaking to people.

Awesome stopping by @Culvers where there is so much energy for President @realDonaldTrump’s winning agenda! Thanks for the warm welcome! pic.twitter.com/HaJtKv5own

"Wisconsin made a huge difference last time. The president's on his way right now," he told a couple. "The rally came to you. Do you want to take a picture? Hand someone your camera."

He then greeted several members of the staff and took pictures with them.

The vice president then ordered a turtle sundae and paid with cash.

"It's going on Air Force Two," he told the cashier.

"If any of you sees Mrs. Pence, there's no reason to bring this up," he joked on his way out, turtle sundae in hand.