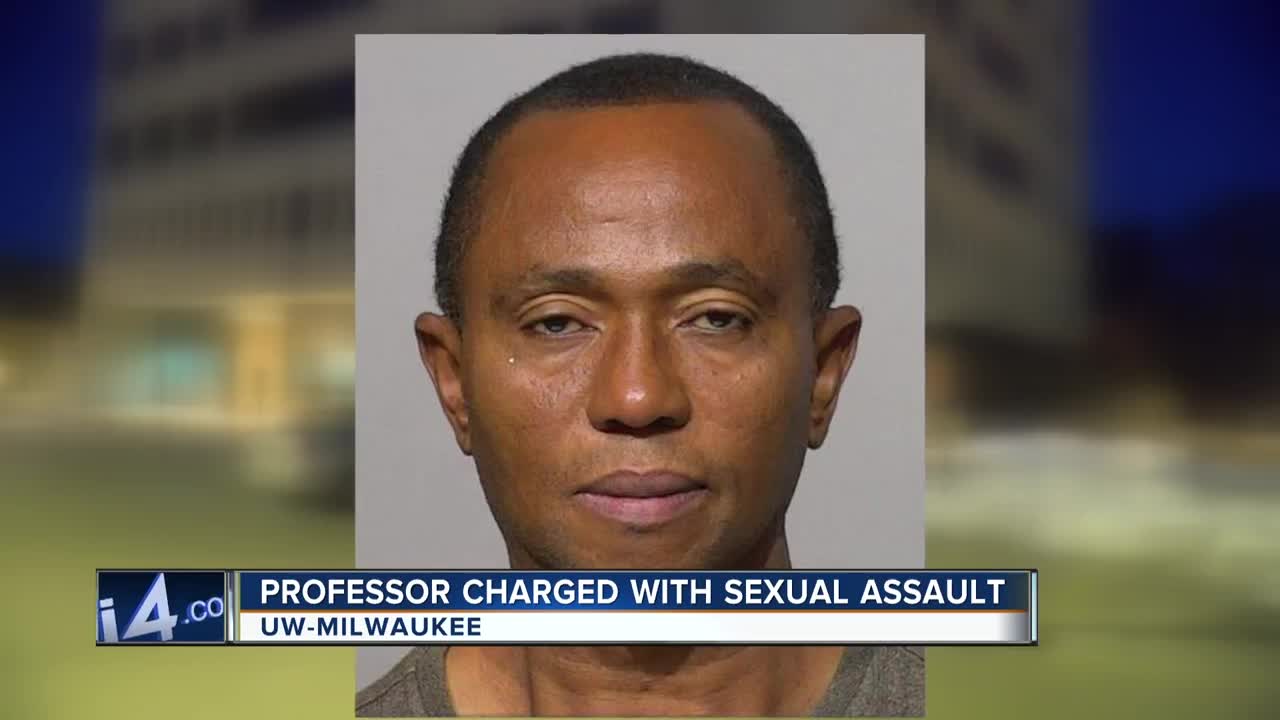 Anthony Azenabor is a professor in the College of Health Sciences.

MILWAUKEE -- A UW-Milwaukee professor has been charged with multiple counts of sexual assault and school officials are looking for any more potential victims.

UWM's website says he's a professor in the College of Health Sciences with an office in Enderis Hall.

He wasn't currently teaching and the university is evaluating whether he'll have any kind of future at the school.

UWM calls the charges "very serious" and says in a statement, "We always encourage students who believe they have been victimized to come forward and speak to police. Their courage allows us to take action." "Shocked and "surprised" were the words going around campus as students learned the news.

"It's really sad to hear that, that happened," sophomore, Haley Magestro said. "You go to a school to learn like you wouldn't expect this at all."

"If nothing was to be done I would be a little bit weary of like what goes on at this school and how it's being handled," Hey said.

She and her classmates said by early Sunday evening their school hadn't notified them.

"That's kind of a serious situation that I mean we go to this school. We should be informed about that," Magestro said.

At this point, they're looking for answers.
"I definitely love this school. I just want to know what's going on with that a little bit more," Hey said.

TODAY'S TMJ4 reached out to the Milwaukee County District Attorney for more information, but haven't heard back at this time. Azenabor remains in the county jail. He'll be back in court on March 13.