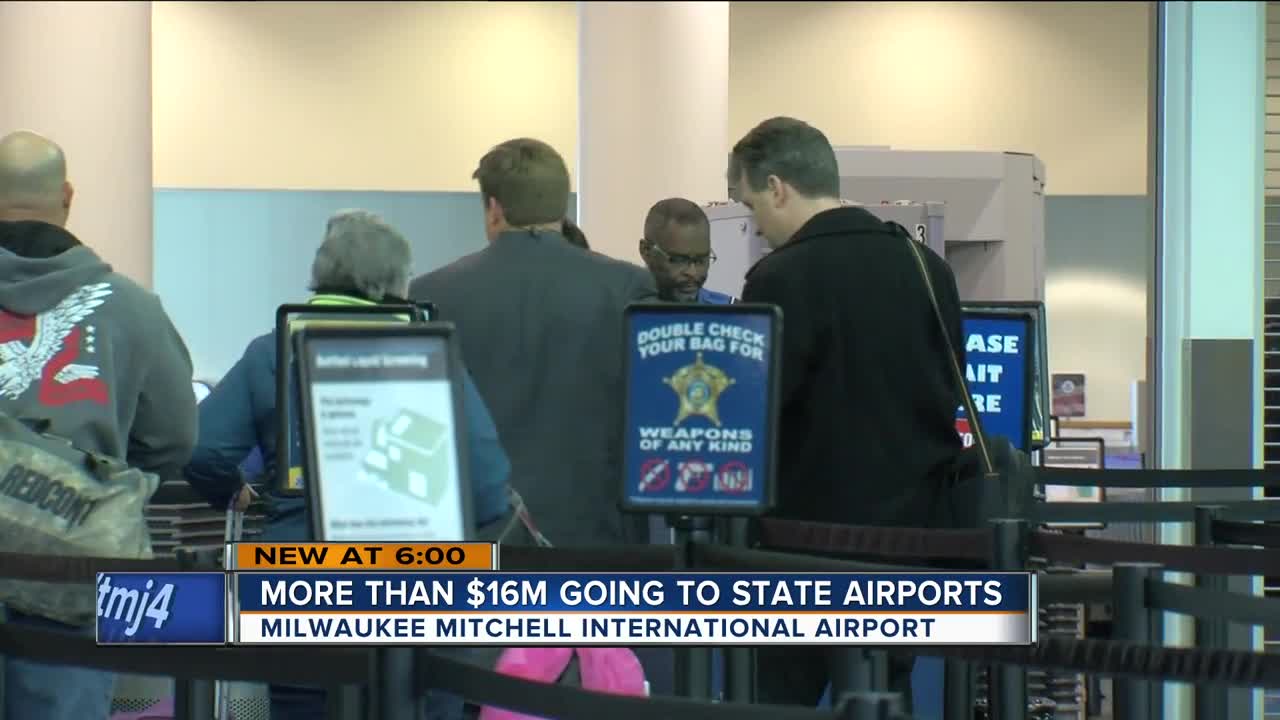 Milwaukee Mitchell International Airport will receive $600,000 as part of the grant.

"This will go to rehabilitation of the airport's primary runway," Chao said. "Replacing pavement that has outlived its usefulness."

The other $15.5 million will go towards projects at small and rural airports all across the state.

Airport officials say the North-South Runway will be its focus for the grant money. It sees about 200 planes a day utilize it, including large military aircraft going to and from the 128th Air Refueling Wing.

"It's not that uncommon, but larger planes do cause a little more wear and tear," Brian Dranzik, Milwaukee Mitchell Internaitonal Airport Director said. "That's just part of our analysis and the change we make and improvements we make."

This award is part of a $520.5 million infrastructure announcement that affects 287 airports across 41 states.

“This $520.5 million in federal support to airports across the country will help to keep our nation’s airports in good shape and make air travel a better experience for passengers," said Secretary Chao.

The grant is funded in part by passengers themselves.

"There are taxes paid on airline tickets that passengers all pay," Harold Mester, Director of Public Affairs and Marketing for Milwaukee Mitchell International Airport said. "That goes to the federal government and ultimately helps fund improvements at airports like this. All the money spent at the airport is ultimately paid by users at the airport."

So the more often people take flights out of Milwaukee, the more money the airport gets.

The more you can dchoose your hometown airport, the better the facility is going to be, the lower the costs are for airlines to do business here and, ultimately, the more flights we'll receive," Mester said.

According to a news release, "Wisconsin’s $15.5 million state block grant award will fund critical development projects, necessary equipment acquisition and infrastructure projects at small and rural airports across the state."

With this grant, Wisconsin has received $3.95 billion in funding from the US DOT during this administration.