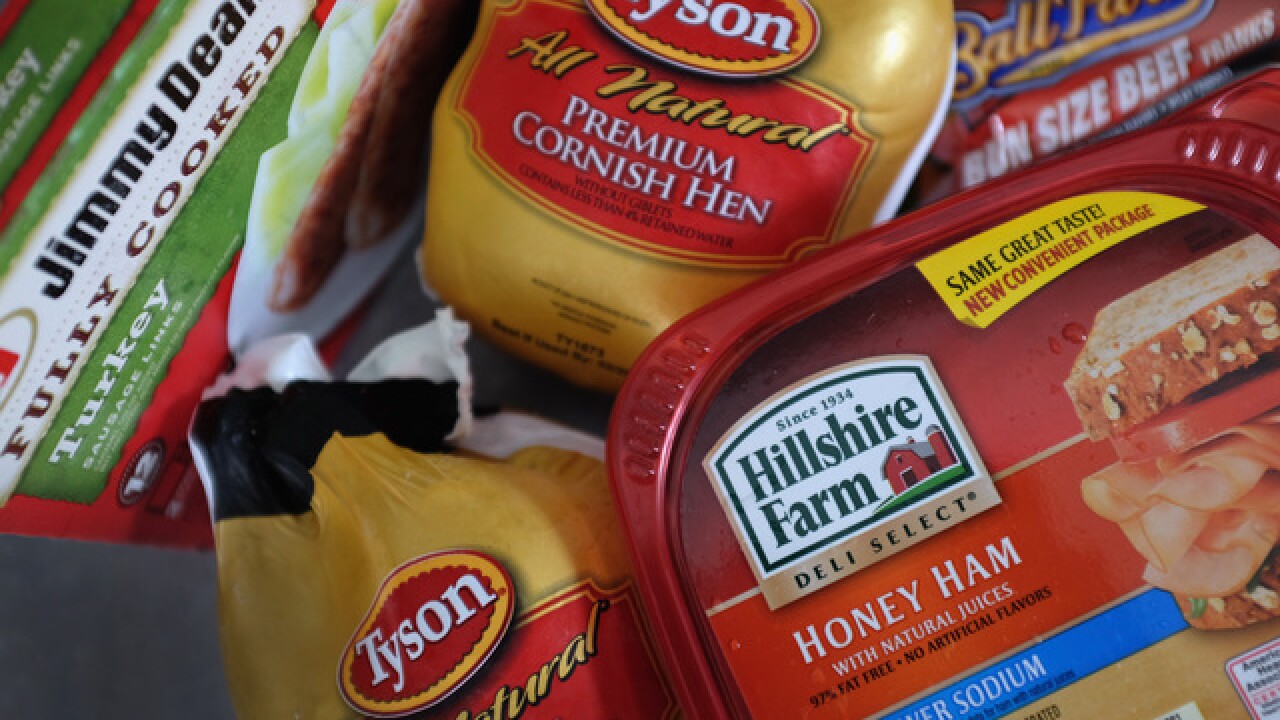 Joe Raedle
<p>MIAMI, FL - MAY 29: In this photo illustration, Tyson Food and Hillshire Brands food products are seen on May 29, 2014 in Miami, Florida. Tyson Foods made a $ 6.8 billion all-cash proposal to aquire Hillshire Brands whose brands include among others Jimmy Dean sausages and Ball Park hot dogs. (Photo by Joe Raedle/Getty Images)</p>

JEFFERSON, Wis. -- Tyson Foods, Inc. announced Thursday that it will close two plants, including one in Jefferson. About 400 workers will be affected, according to a news release from the company.

Jefferson's pepperoni plant is expected to cease operations during the second half of next year.

“We examined many options before we turned down this road,” said Donnie King, president of North American operations for Tyson Foods. “This affects the lives of our team members and their families, making it a very difficult decision.

Workers will be encouraged to apply for other openings within the company, Tyson says. The company also said it intends to work with state officials to ensure employees know about unemployment benefits and any potential re-training opportunities.

Tyson Foods, Inc. has its headquarters in Springdale, Arkansas, and is one of the world's largest food companies with leading brands such as Tyson®, Jimmy Dean®, Hillshire Farm®, Sara Lee®,  Ball Park®, Wright®, Aidells® and State Fair®.