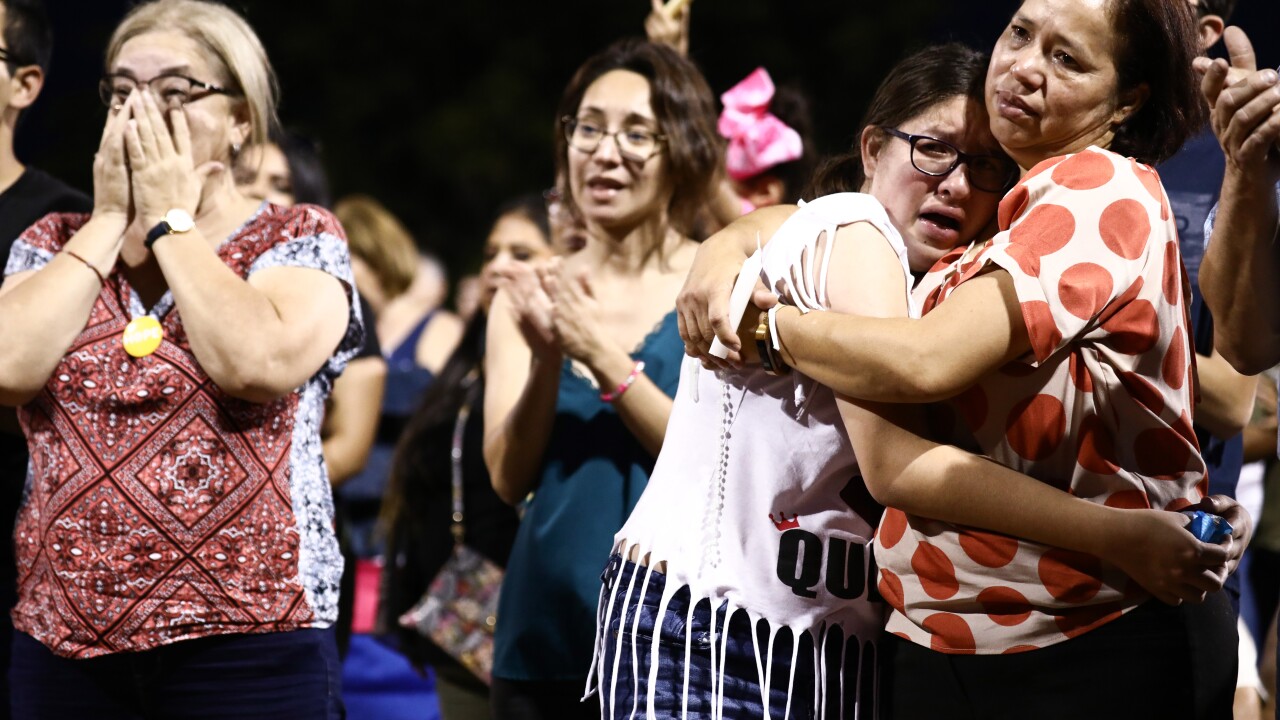 Mario Tama/Getty Images
EL PASO, TEXAS - AUGUST 04: People react and embrace each other during an interfaith vigil for victims of a mass shooting which left at least 20 people dead, on August 4, 2019 in El Paso, Texas. A 21-year-old male suspect was taken into custody in the city which sits along the U.S.-Mexico border. At least 26 people were wounded. (Photo by Mario Tama/Getty Images)

Editor's note: A previous version of this story reported that six people were killed in Chippewa Falls. We regret the error.

Tragic shootings took the lives of over 30 people over the weekend in Dayton, Ohio and El Paso, Texas. These shootings are now on the list of over 250 shootings that have occurred in the United States in 2019.

Of the reported 255 mass shootings in 2019, two were in Wisconsin, according to Gun Violence Archive.

The most recent Wisconsin mass shooting took place in Lake Hallie and Lafayette, near Chippewa Falls, on July 28. Five people were killed in two different locations in this shooting including the gunman who reportedly shot himself.

The second mass shooting was in Milwaukee just a month earlier on June 26. There were no fatalities in this incident, but four people were injured.

Gun Violence Archive defines a mass shooting as a shooting in which four or more people were injured or killed in one location, excluding the subject/suspect/perpetrator.