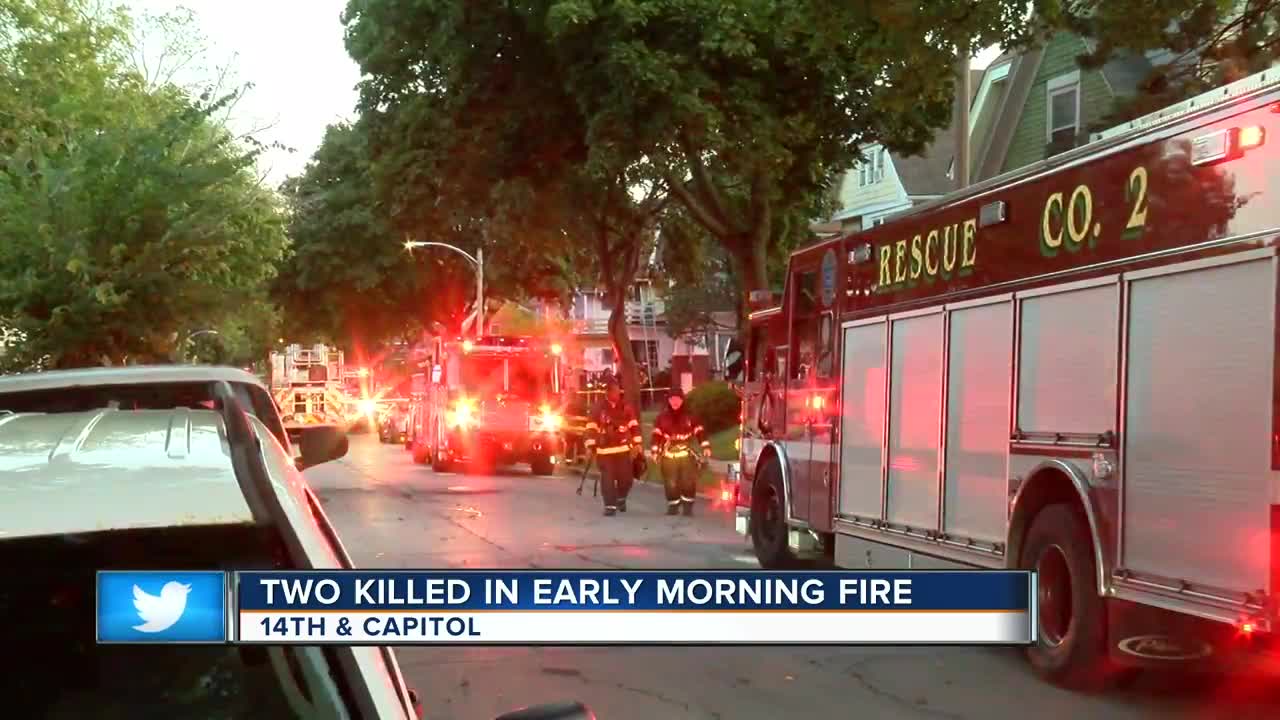 A fire claimed the lives of two near 14th and Capitol on Saturday.

MILWAUKEE — A community is in mourning after two people were killed in a house fire near 14th and Capitol early Saturday.

The Milwaukee Fire Department was called to the scene about 6 a.m. for reports of the blaze. When crews arrived on scene they discovered that two people were trapped inside of the home. Firefighters removed the two people and attempted lifesaving measures on scene, however the victims succumb to their injuries.

The two have been identified as a 53-year-old woman and a 52-year-old man, according to the Milwaukee County Medical Examiner's office. Family identifies one victim as 53-year-old Patricia Colston, known as Patty.

Earl McDougle said that Colston was his mom. A friend of his mothers also died in the fire, he said. Earl wasn't home during the tragedy, causing him to remain in disbelief.

“She was the happiest woman in the world. We probably could have prevented this and she would still be here, so that weighs deep on my heart,” McDougle said.

McDougle and his mom had just moved into the home with their two cousins about a week ago. Battalion Chief Brian Gardner said the call came in at 6:11 a.m. for electrical trouble in the first floor of the duplex.

When firefighters arrived, they discovered a blaze on the second floor, while also finding two people unconscious near the back door.

“It was a small fire, smoldering. It was within the walls,” Gardner said. “The number one thing that could have been done here is that working smoke detectors very well may have been able to play a big difference here,” Gardner said.

The fire destroyed all of the belongings inside, according to the Milwaukee Fire Department.

“You go in there, everything is burnt up, the boxes, clothes, everything we had in there is burnt, nothing survived,” McDougle said.

However, right now his focus is on remembering his mom. A person who cared for others and could make anyone laugh.

“She loved all of us equally and she always showed it,” McDougle said. “She was a wonderful woman like I can’t say too many words about her because there are too many. She was a special woman in God’s hands now.”

Authorities continue to investigate the circumstances of the incident. Autopsies will be conducted in the coming days

Do you need a smoke detector? The Milwaukee Fire Department supplies them upon request. Contact the 'Smoke Detector Hotline' at 414-286-8980 or click here.