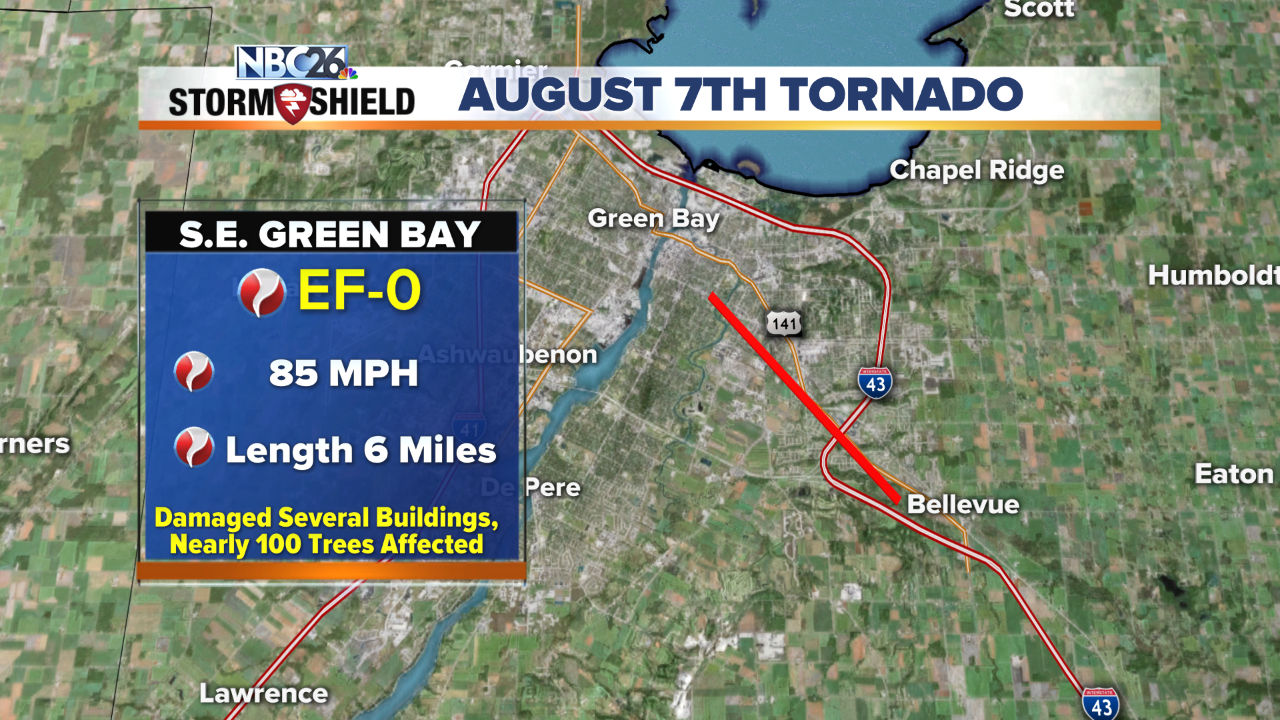 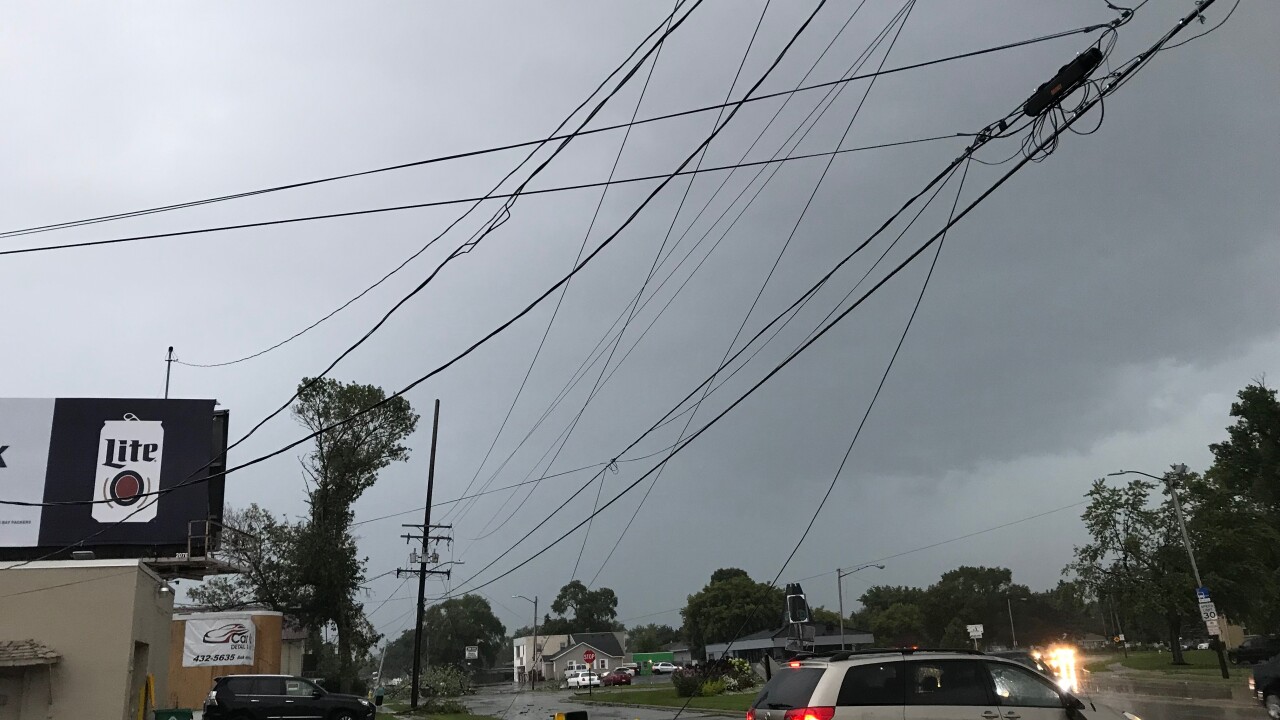 A tornado touched down on the southeast side of Green Bay and moved southeast into the town of Bellevue Wednesday evening, according to the National Weather Service.

The torndao was an EF-0, with peak winds estimated near 85 miles per hour. Several buildings sustained damaged and nearly 100 trees were affected. The path length was just over six miles.

A brief F/EF-0 tornado touched down on the northwest side of Green Bay at 8:27 p.m. The tornado was 10 yards wide and traveled a tenth of a mile. The tornado caused some tree damage.