To indulge, or not? Debunking myths about pumpkin treats 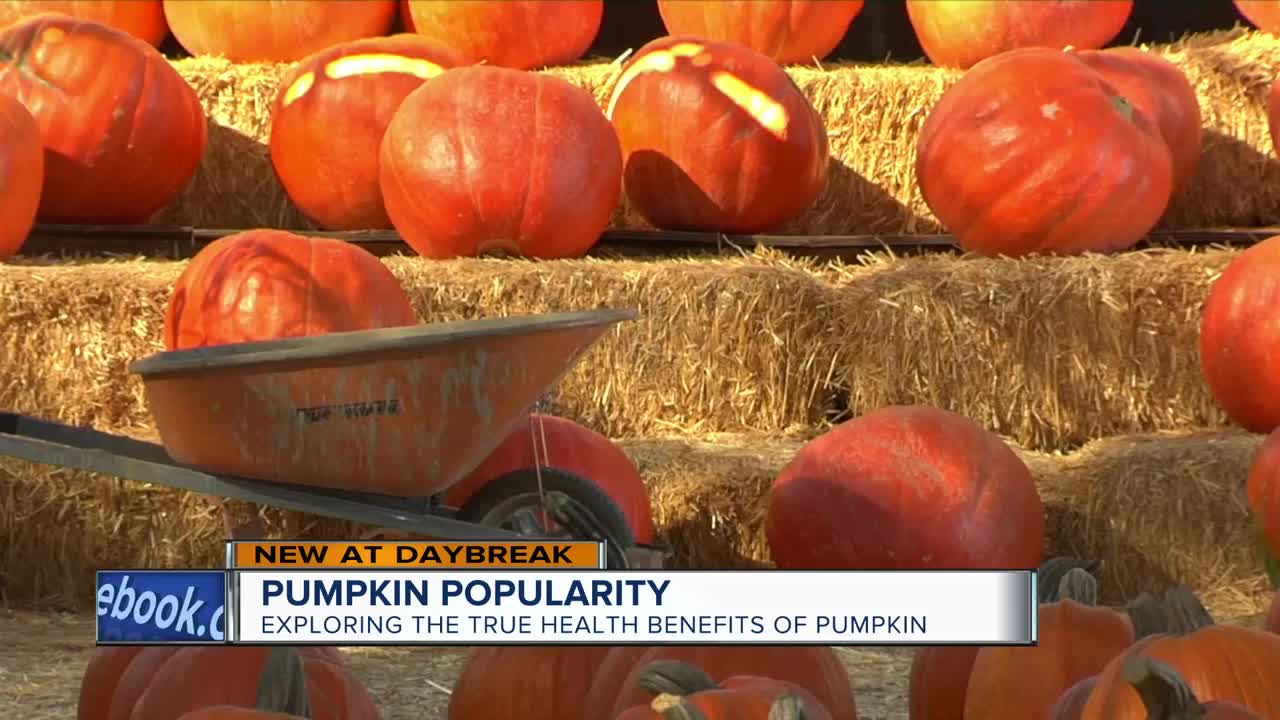 Fall brings about pumpkin-flavored mania at restaurants, coffee shops and grocery stores around the Midwest.

Ellie Stamerjohn, a Dietetics Intern and Graduate student in the Master of Science in Dietetics program at Mount Mary University, said a pumpkin itself has plenty of nutritional value.

"Pumpkin is a fruit - it's in the squash family, but it's a fruit," Stamerjohn said. "It's high in Vitamin A, which is great for skin health, for eye health, and has protective qualities against cardiovascular disease."

The U.S. Food and Drug Administration recommends a Daily Value (DV) of 5,000 International Units (IU) of Vitamin A from a varied diet of both plant and animal foods.

One half cup of canned, pureed pumpkin contains approximately 250% DV of Vitamin A.

Taylor Prellberg, also a Dietetics Intern and Master of Science in Dietetics student at Mount Mary, said the only difference between canned and fresh pumpkin is Vitamin C content.

"Vitamin C is very sensitive, so when anything is done to it, it breaks down easier. When it's made into a canned form, it does break down slightly," she said.

"But there are so many Vitamin C sources out there, it wouldn't be a nutrient I'd be concerned with, when it comes to pumpkin," Prellberg added.

She noted many popular products, citing the Pumpkin Spice Latte as an example, contain pumpkin flavoring but no actual pumpkin.

"Things listed first on the label are used in the highest quantity," she said. "So keep an eye on whether pumpkin is one of the last things listed. If it is, there's only a small amount."

"When you take the pumpkin away, the health benefits go away too. The flavoring is just artificial," Prellberg said.

She said items like pumpkin pie or pumpkin bars, which do use real pumpkin, also contain high amounts of sugar and should be eaten sparingly.

"You're still getting the Vitamin A," she said. "But because of the sugar, you don't want to eat those in excess."

As part of their work at Mount Mary University, both Prellberg and Stamerjohn contributed healthy, pumpkin-themed recipes to the website healthyshelves.org.

All recipes on the website align with current, dietary guidelines for Americans.

You can view the full recipe by clicking here.

"They're high in fiber with the pumpkin and the oats, but low in added sugar with only a tablespoon and a half of honey," Stamerjohn said. "There are also a lot of healthy fats from the peanut butter, so it's going to keep your blood sugar stable."

"You just store them in the fridge for about a week," she said.

Check out that recipe by clicking here.

"It has a can of the pureed pumpkin in it," she said.

Prellberg cooked the broth, along with celery and onions, in a pot for eight minutes before adding the pumpkin and a mix of frozen vegetables and bringing everything to a boil.

Prellberg said the cook time from there is only about 15 minutes.

"This is more of a savory take on pumpkin," she said.

Both students said the prevalence of pumpkins in grocery stores this fall presents a good opportunity to try out recipes like theirs - which use the fruit while limiting sugar.

"Since it's fall, pumpkin is everywhere," Stamerjohn said. "So it's a good time to build up on Vitamin A."

She said Vitamin A can also be found in other orange-colored fruits or vegetables - like carrots or peppers.

"Given most Americans lack vegetable intake, Vitamin A is probably something most people are lower in," Prellberg said.