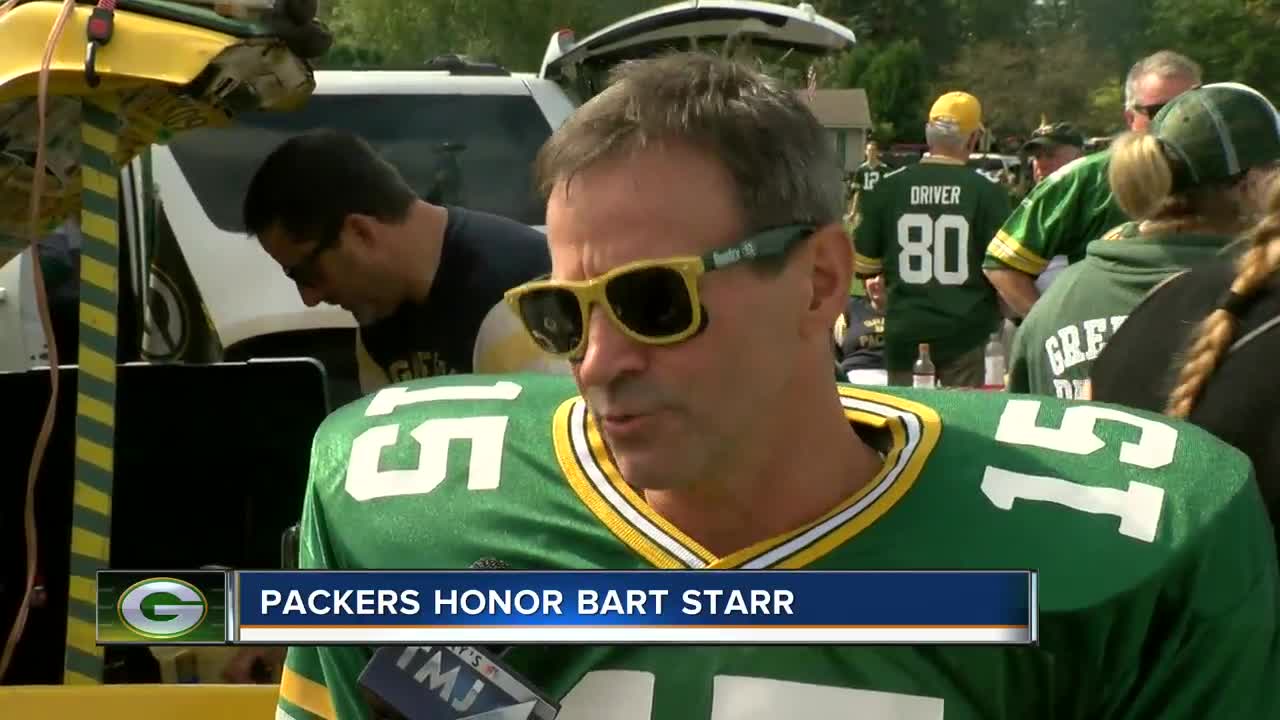 GREEN BAY — As the Packers took on the Vikings in the first home game this season, they also honored Pro Hall of Famer Bart Starr, who died in the spring.

Fans like Rachel Gray were pumped to be back at Lambeau Field Sunday.

“This is the opening game of the home season. We’re going to totally rock and kick the Vikings butt,” Gray said.

Gray and others prepared for the game with all the essentials. The barbecues were hot, the beer was cold, and both young and old dressed in their best green and gold, ready for a Packers win.

This was a special game, as the team honored the late Bart Starr.

Everywhere fans were wearing Starr jerseys and a number 15 pin, including Dan Jansen.

“Today’s going to be a really good day because we’re honoring the man,” Jansen said.

Each had their own memory of the quarterback and coach.

“It was really cold. My beer froze and I did see that last play that we won the game with. It was wonderful,” Pagel Hoyer said.

Ginny Riopelle remembered the time when her boys met Starr.

“A class act for the Green Bay Packers. Just all the way around he was just a very class act, a true leader,” Riopelle said.

Then there's Bart Boyden, who said his parents went so far as to name him after Starr.

“He deserves all the recognition,” Boyden said.

During halftime, Starr received a tribute fit for a legend. Packers' President Mark Murphy, Commissioner of the NFL Roger Goodell, and all the past greats showed their support for Starr, as the team presented his family with an original Packers helmet from the 1960s.

“We are all indebted to Bart for all that he did for the Packers,” Murphy said.

“For 63 years you have loved and embraced us and supported us, and I am so grateful,” she said. “You will always have a special place in my heart.”

The team will be honoring Starr the whole season with the number 15 on the back of their helmets.