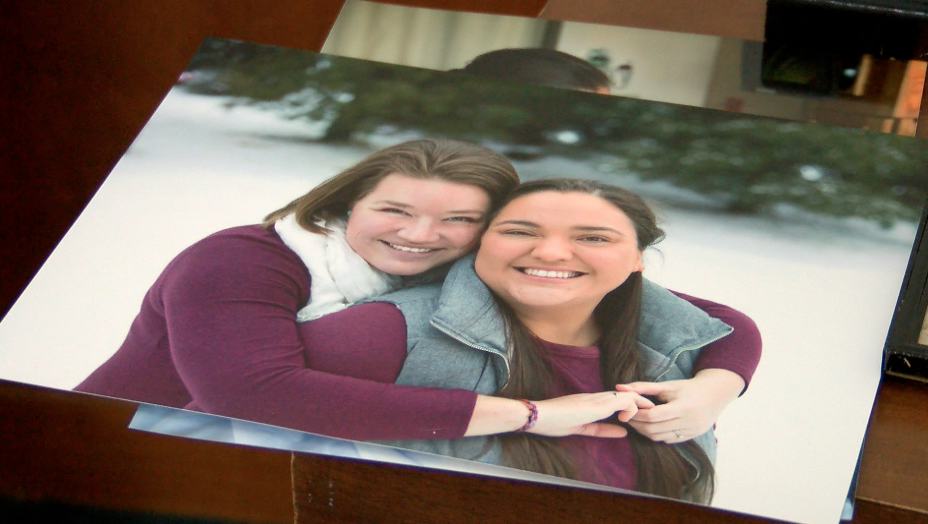 We all enjoy a good love story, so here are three of them from couples at very different stages in their relationship.

Bill and Mitzi Nowicki
They have been married for 59 years. They met in eighth grade. Mitzi knew when she saw him that they were destined to be together, but Bill had other plans.

"He was a flirt, so he was eyeing me and all the others too," Mitzi laughed.

However, Bill knew Mitzi was the one when he was on a date with another girl and accidentally called his date the wrong name.

"We were down by the lake. I was with this girl... and I called her Mitzi. And she said to me, she said, 'Bill do you want to take me home? You belong with Mitzi.' And that was it," Bill said.

The rest was history. There were some turbulent times during their relationship, but they persevered through it all and will celebrate their 60th anniversary in September.

Kylee and Darlyn Summers
The two Carroll University graduates met while in school and have been married for three years.

"I thought she was really pretty, and that I was stupid for feeling the way I felt without actually knowing her. But I knew that I liked her before I even talked to her," Darlyn said.

In fact, the relationship between the two almost didn't happen because Darlyn initially had the wrong number for Kylee. Darlyn tried texting her, but the text didn't get to Kylee.

Nevertheless, the two did end up together and even had their first baby three months ago.

Bridget Robinson and Joseph Whitaker Junior
The two met on the dating app Plenty of Fish. In August of 2019, Joe popped the question, and the two have been engaged for about six months.

Joe knew the moment he saw Bridget on their first date that she was different.

"When I first met her... when she got there and we started talking, it was like something real is about to happen," Joe said.

Even though they are a "new" couple compared to the Summers and Nowicki's, the two are very comfortable with each other.

"When I think of having a best friend a best companion, he fits the profile perfectly," Bridget said.