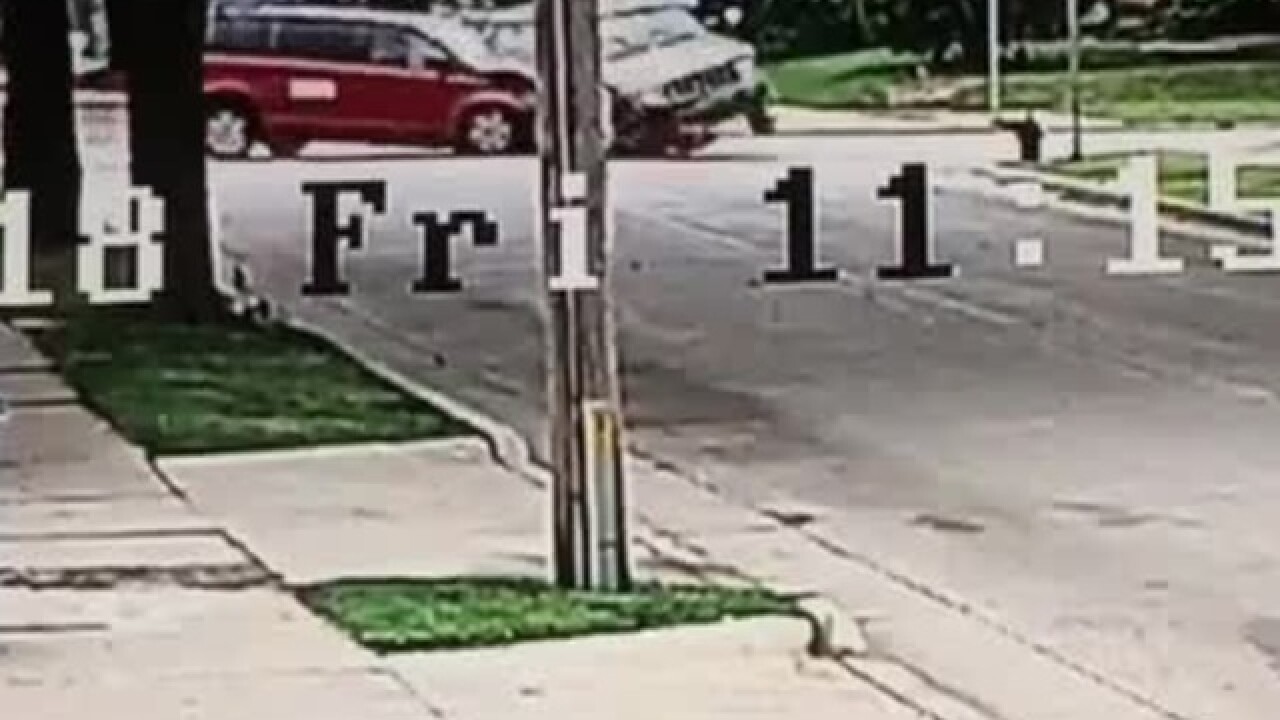 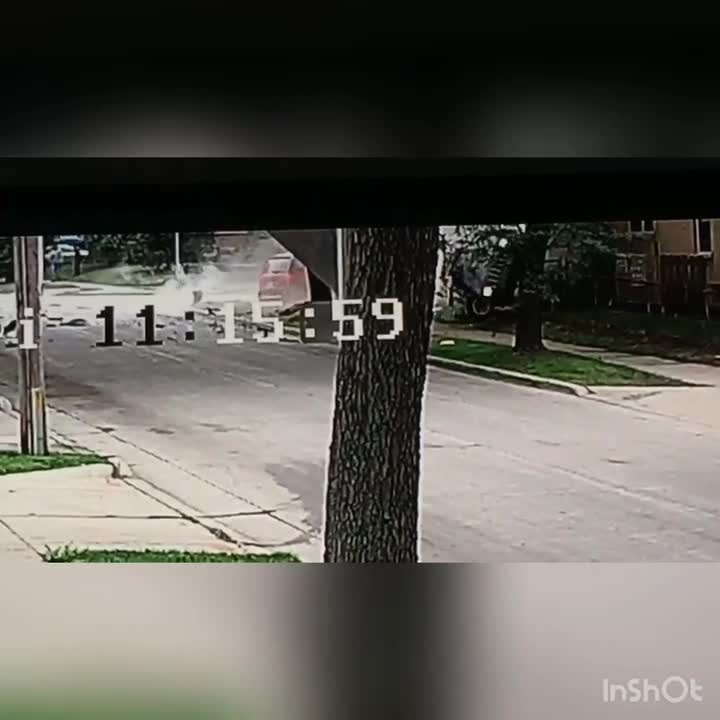 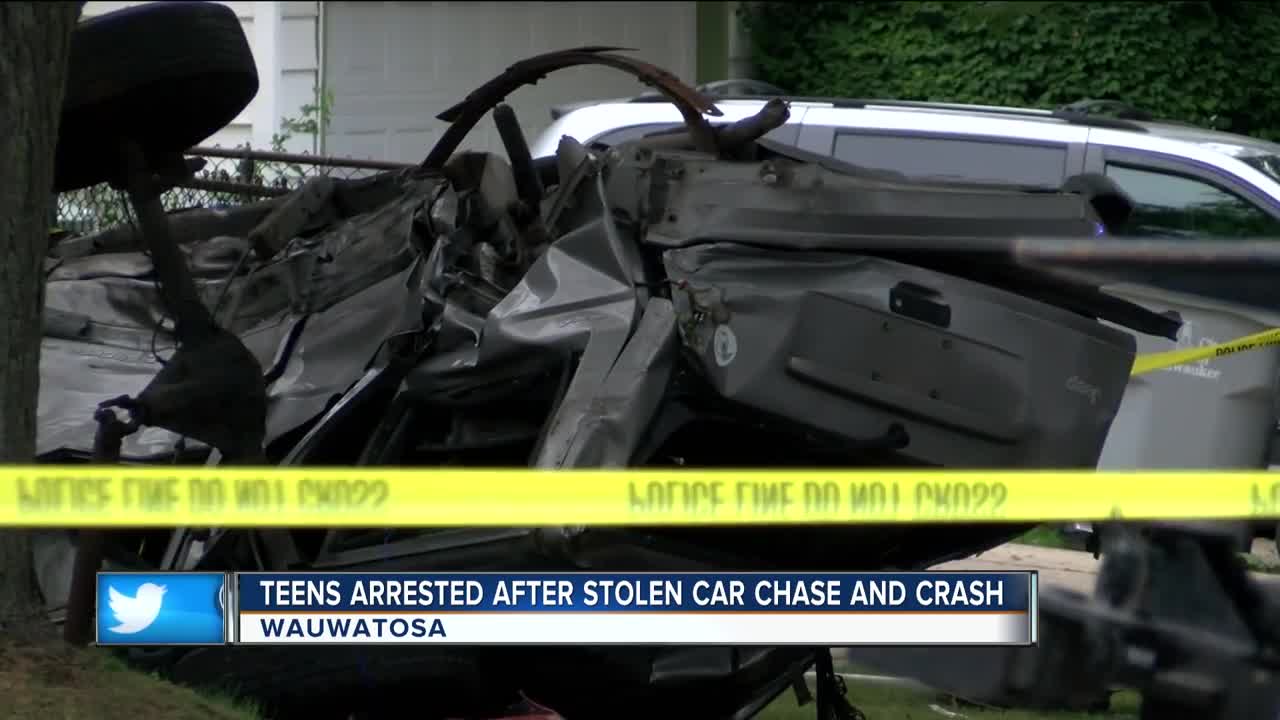 Three juveniles were arrested Friday after leading Wauwatosa Police on a chase in a stolen Jeep that ended in a horrific crash.

WPD says a Jeep with three teens, ages 14 to 16 years old, ran from a traffic stop near 66th and Lisbon shortly after 11 a.m.

During the short pursuit, at 66th and Moltke, the Jeep hit a garage. The teens continued after hitting the garage and then blew through a stop sign at 60th and Chambers smashing into a red van.

The intense impact of the crash caused pieces of the Jeep to rip off parts of Nyisha Johnson's home.

She became trapped in her house as pieces of the vehicles and house were scattered everywhere. She says she's just happy that she wasn't outside with her five-year-old son Nyimaris and baby daughter Nyialah when it all happened.

"I seen a truck flipped over. I seen everybody scattered on the ground and I seen the police chasing after a young man," said Johnson.

Bernard King Sr. has lived in the area for 17 years and says these crashes and stolen car chases happen too often in the area.

Another resident, Kesha Brown, argues that no police chase is worth all this hassle.

"Stop chasing individuals because not only are you putting your life in danger... But ya'll putting a community in danger," said Brown.

One person in the van that was hit by the suspects was taken to the hospital for minor injuries.

The three juveniles were taken to Children’s Hospital with minor injuries.

WPD and Milwaukee Police are both working on this case. All three teen suspects are in custody and criminal charges are pending.

The driver, age 15, and another 16-year-old passenger both had warrants for their arrest.