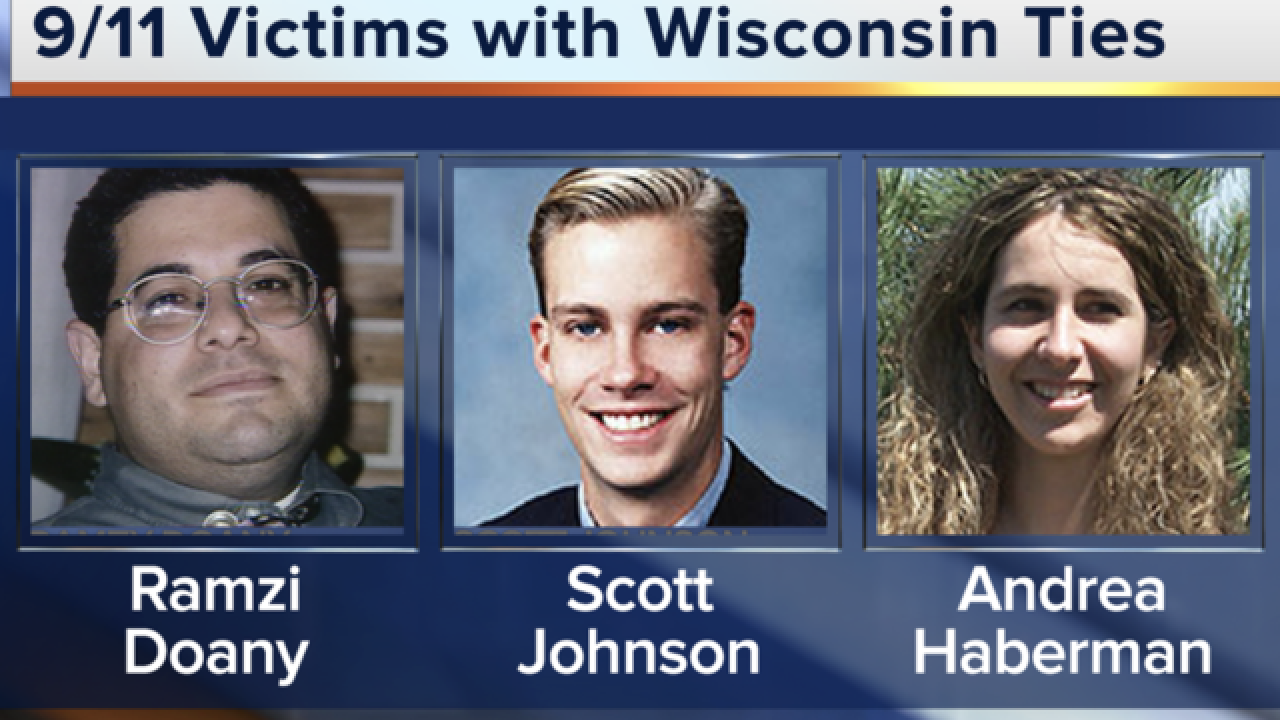 Ramzi Doany was a University of Wisconsin-Milwaukee alumni. He lived in Milwaukee just before the 9/11 attacks when he moved to New York City to start working as an insurance broker according to Marsh & McLennan. He was on the ground floor of the World Trade Center when he lost his life, according to the Washington Post.

Scott Johnson was working on the 89th floor of the south tower of the World Trade Center when the planes hit the building, according to the New York Times. He worked as a securities analyst at Keefe, Bruyette, & Woods. He has relatives in the Racine-Kenosha area.

Andrea Haberman of Kewaskum was in New York for a business trip on 9/11. She was on the 92nd floor of the north tower when the plane crashed through the building one floor above her. She was 25-years-old, according to 9/11 Memorial & Museum.