'This ZIP code does not define you:' Changes happening at only high school in 53206 ZIP code 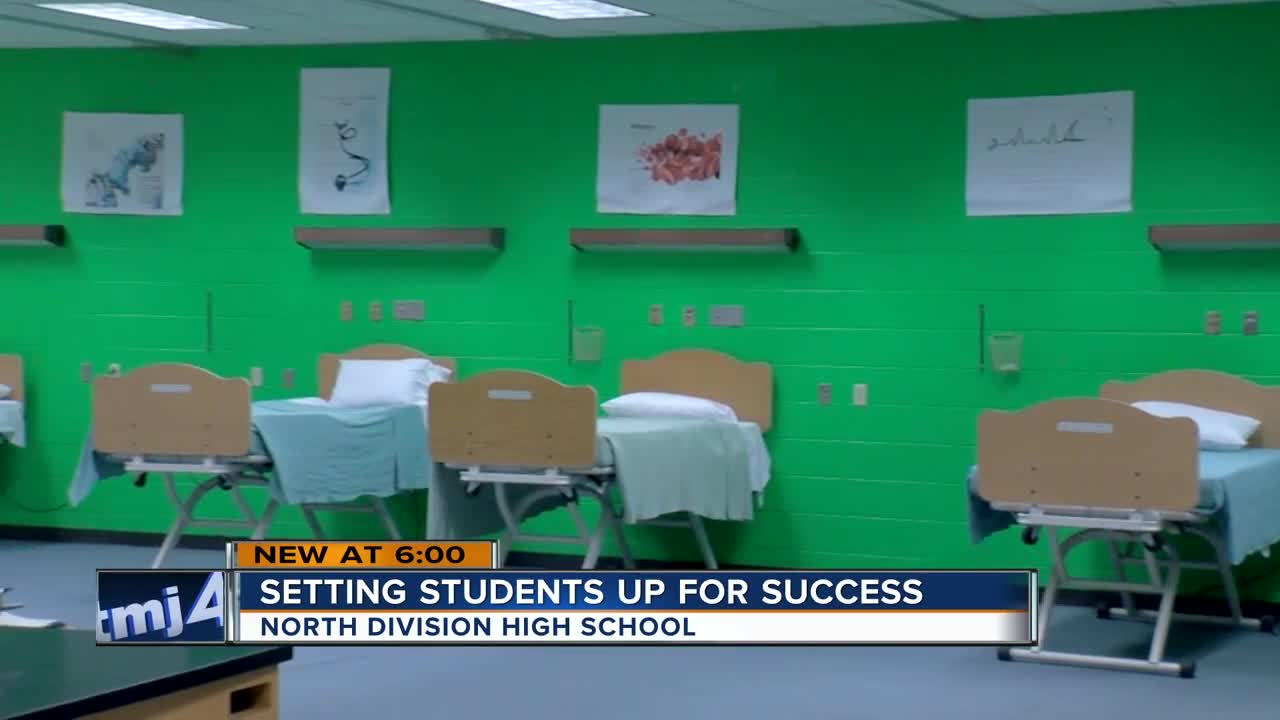 Changes are happening at Milwaukee's North Division High School and students feel it. 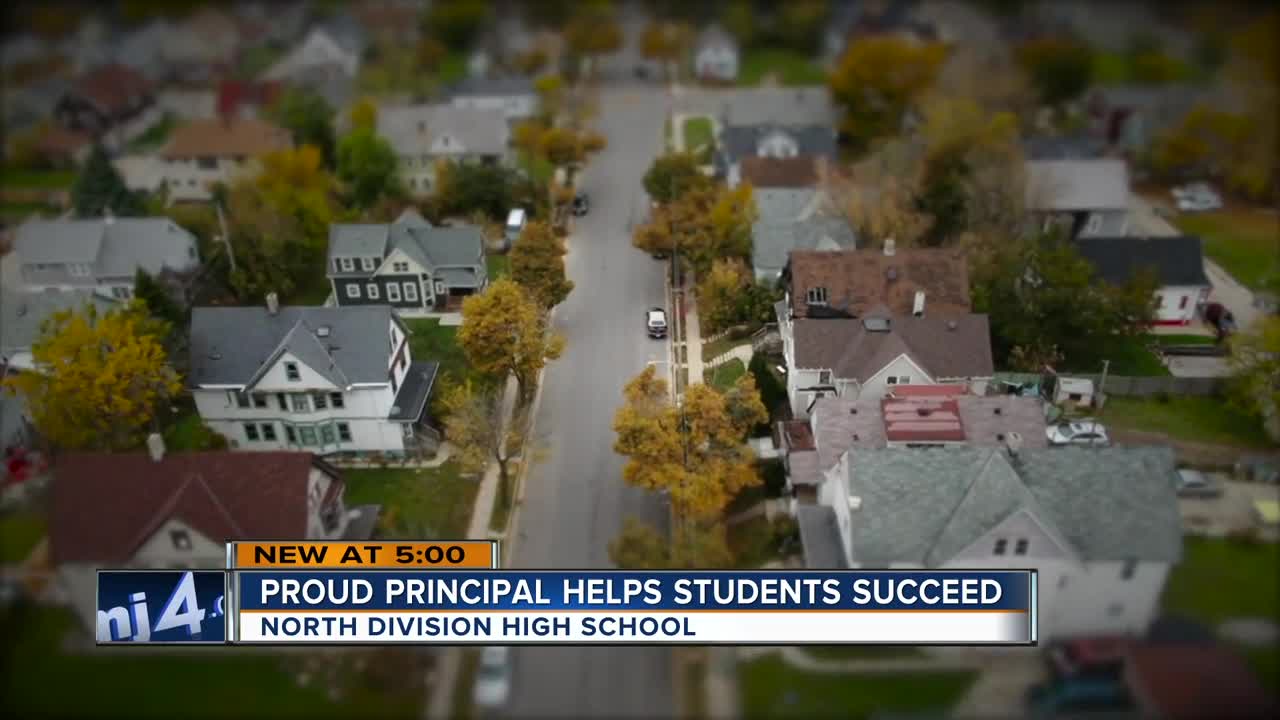 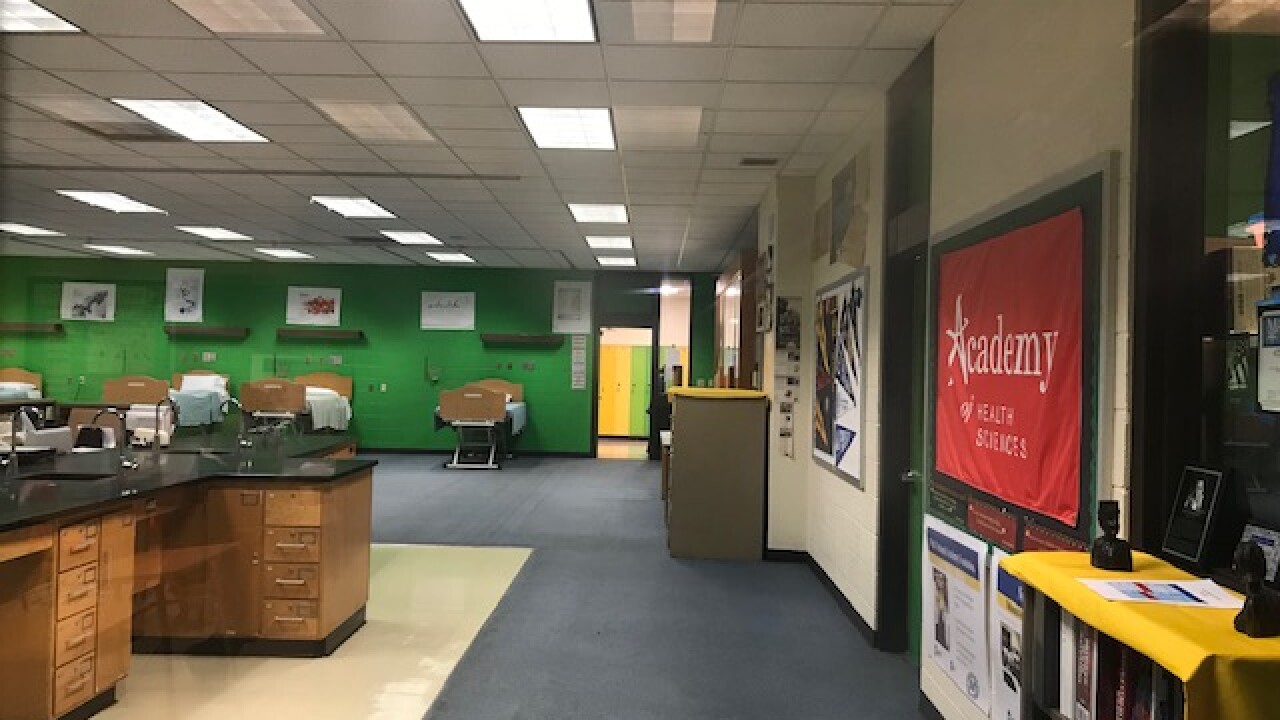 "I want to be a psychologist," said Diamond Dickerson.

Diamond Dickerson is on track to graduate next year and she already has college courses under her belt.

'This ZIP code does not define you:' Changes happening at the only high school in Milwaukee's 53206 ZIP code

"I'm just going to go straight into the Marines after high school and then after that just go to college," said Maleak Taylor.

Sophomore Maleak Taylor said he will be the first high school graduate in his family and he plans to finish in three years.

"When I first got into high school I didn't think I could do it," said Taylor.

Dickerson and Taylor credit much of their success to mentors like their principal Keith Carrington.

"These are my kids, these are my seniors so it's pretty emotional time when I see those graduate in May," said Keith Carrington.

Principal Carrington stepped into his role at North Division four years ago. He has worked for Milwaukee Public Schools for 23 years. He was principal at various schools for the last 11.

"This has probably been the biggest challenge in my educational journey so far, said Carrington. The reality is parents want to send their kids to North Division. The problem is there's a fear or there's this perception of fear about the neighborhood," said Carrington.

North Division is the only high school in Milwaukee's 53206 zip code, nationally known for its high rate of incarceration and poverty.

"Obviously you hear the statistics about 53206 and the economic plight of the area and that's why I try and tell parents you can be a part of this change," said Carrington.

Principal Carrington is leading by example.

"He's like a father figure to some of the kids in the building," said Taylor.

"He really cares about the students. He wants them to be successful in life," said Dickerson.

Enrollment and suspension by the numbers

Carrington humbly admits this has been a joint effort with community partners and the district. North is trying to set students up for success by giving them more options.

"We have an academy in informational technology as well as the health sciences," said Maurice Turner.

The school was once known for its medical program and the district is trying to bring that reputation back. Right now this includes a dental assistant program. Maurice Turner with MPS said more opportunities are in the works.

"We thought it would be just kind of a good fit because the structure is already in place at North Division and so why not revitalize those spaces and those rooms and breathe life back into them and have it be kind of one of the focal points of this high school," said Turner.

President of the Black Health Coalition of Wisconsin, Patricia McManus, also a graduate from North Division, is helping revamp the health science classes at North. She ran the program at the school years ago.

"Health was always considered last instead of first and people might not even realize that and I thought their kids would be the best way to get the community more involved in understanding their health," said Patricia McManus.

She said what students learn at North moves beyond the classroom.

Another North Division graduate, Vaynesia Newman-Kendrick, now works for the health department. She said offering medical programs in high school helps give students an edge in the real world.

"Being here in the '90s the medical specialty program was the center point for the school and to know that that's something that is coming back I think it is phenomenal," said Vaynesia Newman-Kendrick.

"I feel like North Division is a great place to go to school because it has so much to offer," said Dickerson.