"There's a hole there that will never be filled again:" Bullying leads to son's suicide 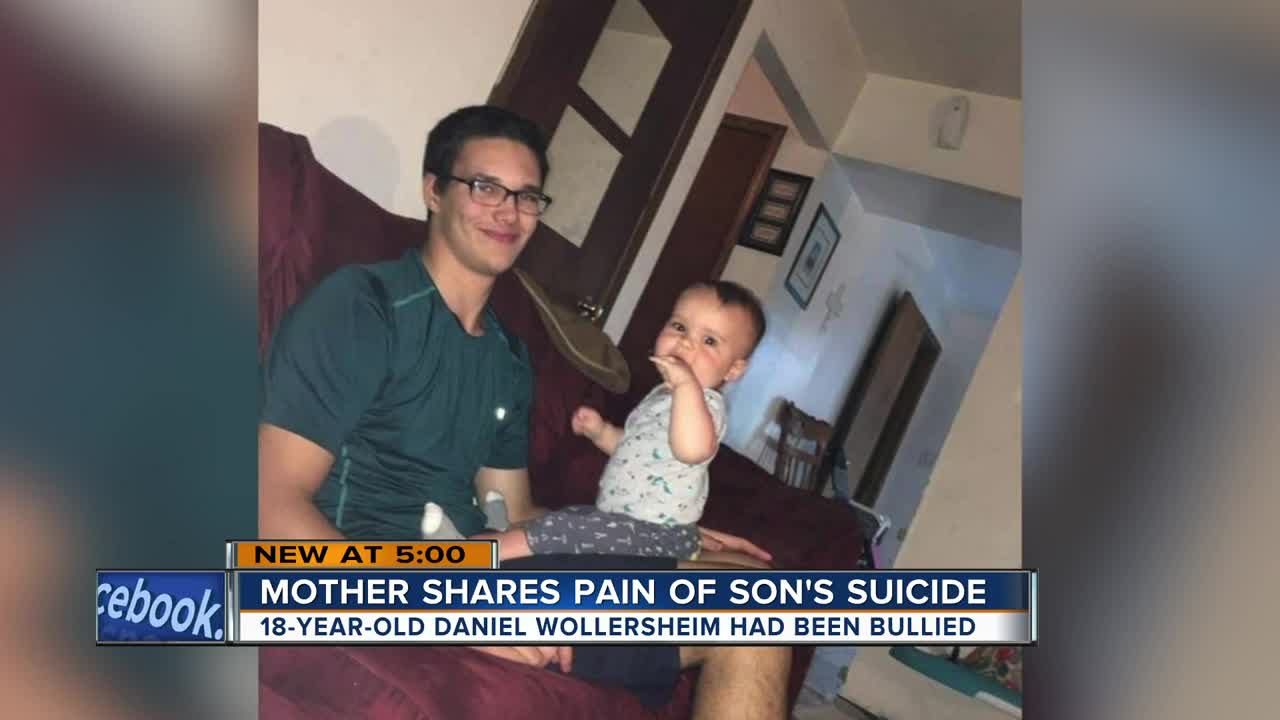 October is National Bullying Prevention Month and a family grieves their son's suicide this summer.

The PSA shows a teenage girl who spends a lot of time on her phone. She becomes sicker and sicker until she's ultimately rushed to the hospital. After watching the film, you're prompted to enter your phone number. At that time you get the texts she was getting, and it's clear her illness is a symptom of being bullied.

Dawn Robinson-Acevedo has been living out that pain in real life.

For the past three months, she has been living a parent’s worst nightmare. In July, her 18-year-old son, Daniel Wollersheim took his own life.

"There's a hole there that will never be filled again," Robinson-Acevedo said. "There's a lot of questions that I have that I will never ever have the answer to."

What she knew is that it all stemmed from bullying.

She said her son was an all-around happy kid, but his classmates teased him in person and online for being biracial, and later, for having a son with his girlfriend.

"That baby's going to be stupid just like you,” Robinson-Acevedo said, describing an example of a text message kids would send her son.

It got so bad that he attempted suicide twice.

"When I knew something was wrong I'd ask him if he was okay and he'd say mom, 'I'm okay,’” Robinson-Acevedo said.

Eventually, he told his mom he was being bullied and she got him help, but unfortunately, it wasn't enough.

Bullying of all kinds is impacting teens across the country. According to the National Center for Education Statistics, about one in three students say they've been bullied at school. Last year, the Pew Research Center found that 59 percent of teens have experienced cyberbullying.

Anti-bullying activist Tracey Dent said he and other parents recently helped to pass a resolution with the Milwaukee School Board, putting more policies and procedures in place when it comes to bullying.

"A lot of things are slipping through the cracks and the piece of legislation helps field those gaps,” Dent said. "I just wanted to do more to try to make a difference any way I can."

Robinson-Acevedo just hopes there’s some way to curb the issue.

"I don't want another mother to go through the pain that I'm going through everyday,” Robinson-Acevedo said.