"The city owes this to me," Community activist calls for justice after losing son to gun violence 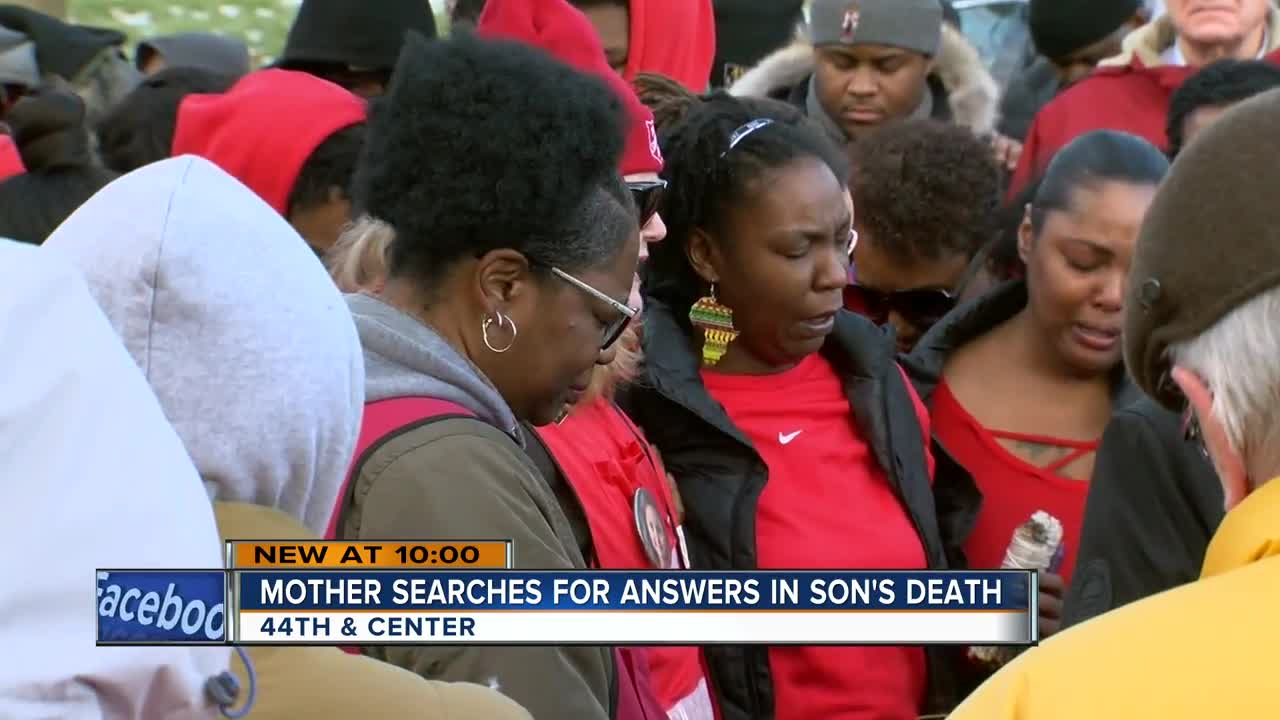 MILWAUKEE — A local community activist is calling for justice after loosing her son to gun violence last weekend.

21-year-old Darnell Woodard was shot and killed near the intersection of 44th and Center on November 10th. Investigators said that Woodard was sitting in a car when someone approached and started shooting. Police said that a 19-year-old was also shot during the incident, prompting them to believe that the shooting could be drug related.

"Somebody has to know something," Mays said during a vigil on Saturday.

Many know Woodard's mother as an organizer who promotes peace in the community, now being forced to bury her 21-year-old son who fell victim to the violence that she was trying to prevent.

"I pour my heart into these streets every day, and the streets didn't show me no love," said Camille Mays.

Dozens of family, friends and community leaders, including Milwaukee Mayor Tom Barrett, turned out for the vigil at 44th and Center on Saturday.

"I fight for opportunities for young men, for violence prevention, for healing to families of homicide before it even came to my door," Mays said. "I fought for people to take action before it came to my door. And I feel like it's a shame that I get the support in my son's death. I could have had the support before while he was here. Maybe I could have prevented this, maybe the violence would have continued to curb with the initiatives and the efforts of the things I was doing in my own neighborhood."

Local leaders credit Mays for her effort to make Milwaukee safer and better on a daily basis.

"I'm mainly here to support her and all of her efforts in making this community better, particularly for young people, particularly in the central city," said Alderman Russell Stamper.

Mays will continue to promote peace and justice, but says something has to change.

"Because I pour my heart into this city and the city owes this to me, everybody in this city, this is blood, anybody's blood is on their hands after this, because we have to do something different," Mays said.

If you have any information, contact Milwaukee Police at 414-935-7360. Click here to submit an anonymous tip to investigators.