Tennis two better than one: Ashley Matz and Bella Marquart putting Elm Grove on the map 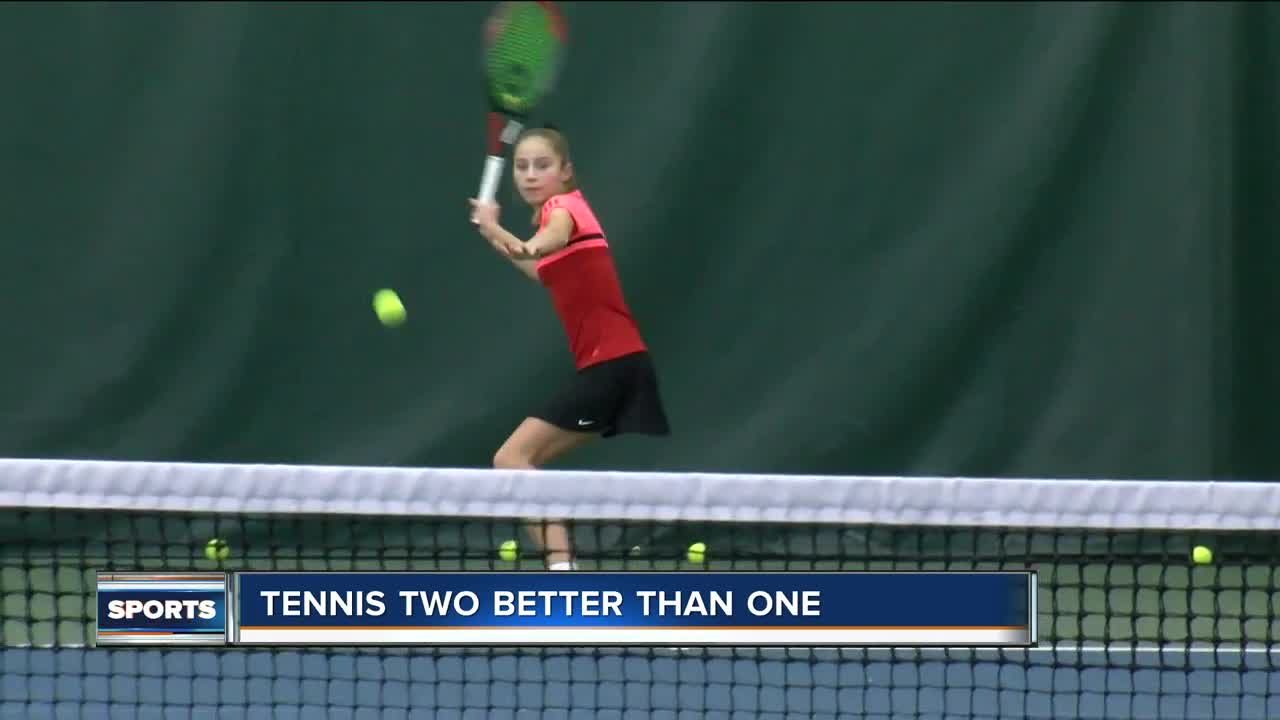 ELM GROVE — Ashley Matz is one of the best 12-year-olds in the U.S. And a rare gold ball winner.

"It's such an opportunity...when you're even in the finals. But winning it, and actually playing like really well in the finals is like, really big to me," Matz says. "And winning a gold ball is kind of a big trophy."

"My serve has improved. Obviously I'm not super tall. So I've been working on really trying to have a better serve. And I think my overall movement and athletic ability has improved," Marquart says.

Together? They are putting Wisconsin tennis and Western Racquet Club in Elm Grove on the map.

"The day she won? On Monday...I got an email from the head of player development saying hey, congratulations to Ashley. So she's obviously on other people's radar," Western Racquet Club GM and COO Timon Corwin says. "This year she's actually doing online schooling. So it's really, you know kind of a new thing for her. Spending a lot more time on the court and in the gym. Really working on her game. She too has been on the radar screen of the USTA player development folks, down at Lake Nona."

And just entering their teens? It will be fun to see their development continue for years to come.