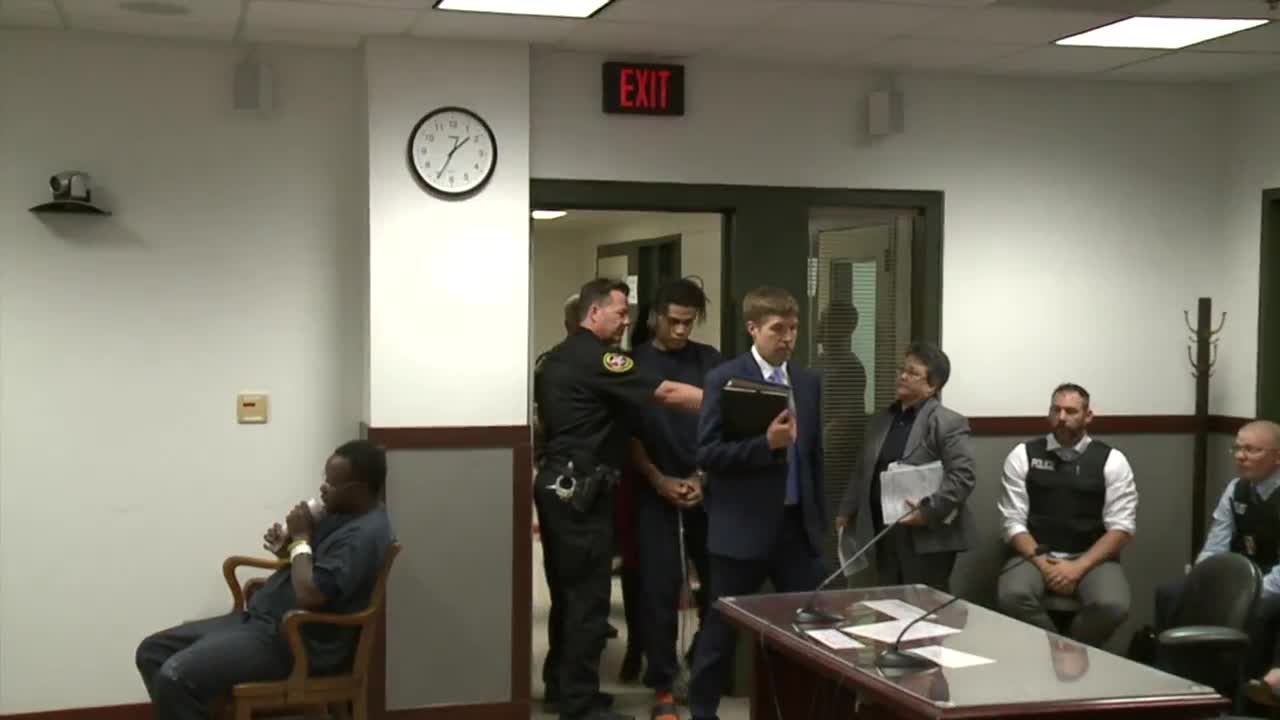 The teenager accused of shooting and killing 16-year-old Kaylie Juga in Kenosha last week has been charged with first-degree intentional homicide, according to a criminal complaint.

The teenager accused shooting and killing 15-year-old Kaylie Juga was officially charged Monday, as the the Kenosha community continued to mourn Juga's death.

"Circumstances in this case would literally chill anyone who makes any real attempt to keep their family safe," said Kenosha County District Attorney Michael Graveley.

According to the criminal complaint, on May 9 Kaylie was in her room listening to music. Her mother, Stephanie Juga, said she was in the main bathroom when she heard a "blood curdling" scream from Kaylie followed by a bang.

Juga went to Kaylie's room and said while standing on the threshold of the room she saw her daughter's ex-boyfriend, Martice Fuller.

Juga said as Fuller pointed a gun toward her she pleaded with him and said, "You don't have to do this."

The complaint stated Fuller replied, "Yes I have to," then proceeded to shoot Mrs. Juga.

Mrs. Juga locked herself in a bathroom where she called her husband and police.

"The defendant makes absolutely no attempt to hide his identity which from the states perspective makes his intent very clear," said Graveley.

The criminal complaint also stated that Fuller had a minor, identified as A.F., dropp him off about 10 blocks from the Juga home around 1:00 p.m. Thursday. When she picked him up around 3:30 p.m. he was highly upset and told her a group of girls shot Kaylie.

Fuller's cousin told investigators that Fuller admitted to shooting two people, changing clothes, then getting on his bike before a friend picked him up.

"If you have stashed an alternative set of clothes, if you have put together a route where you have a means of transportation to quicken your ability to get in and out and then a false alibi available that is a high degree of premeditation," said Graveley.

Investigators said a video from a neighbor's camera showed a person matching Fuller's description coming and going from the Juga house during the time of the shooting.

"I understand that at this stage of the proceedings it is only the states version but I think it’s important to remember that this is the states version. There’s been no opportunity for the defense to really respond, investigate," said defense attorney Carl Johnson during Monday's initial appearance.

Graveley told the courtroom that because of Fuller's threatening behavior toward Kaylie before the shooting, her family was already concerned about her safety at school, home, and work.

"I find the allegations set forth in the complaint, alleged behavior that frankly is senseless. It is chilling. Premeditated it appears and cowardly. Those are strong words and I’m not using those words lightly," said Commissioner Loren Keating.

You can read the full criminal complaint below: