Suspects in I-43 road rage shooting on the loose 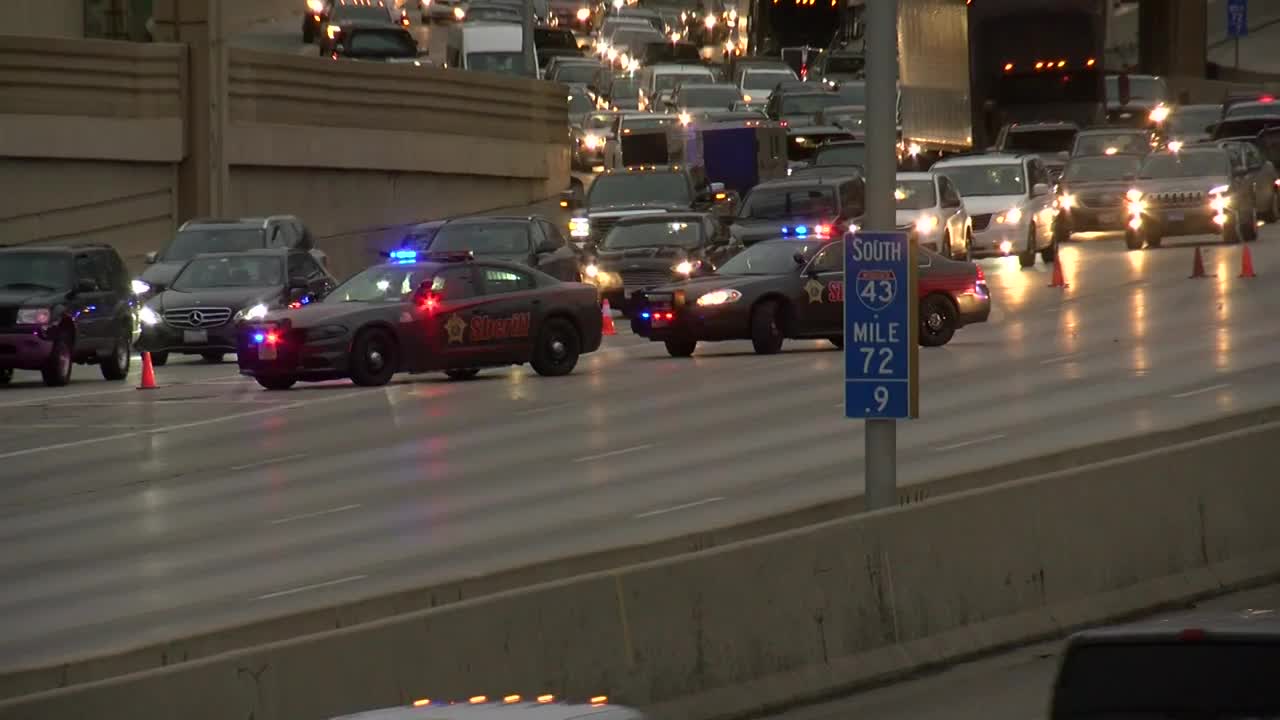 The suspects in a road rage shooting Friday afternoon on I-43 northbound are still on the run, according to the Milwaukee County Sheriff. 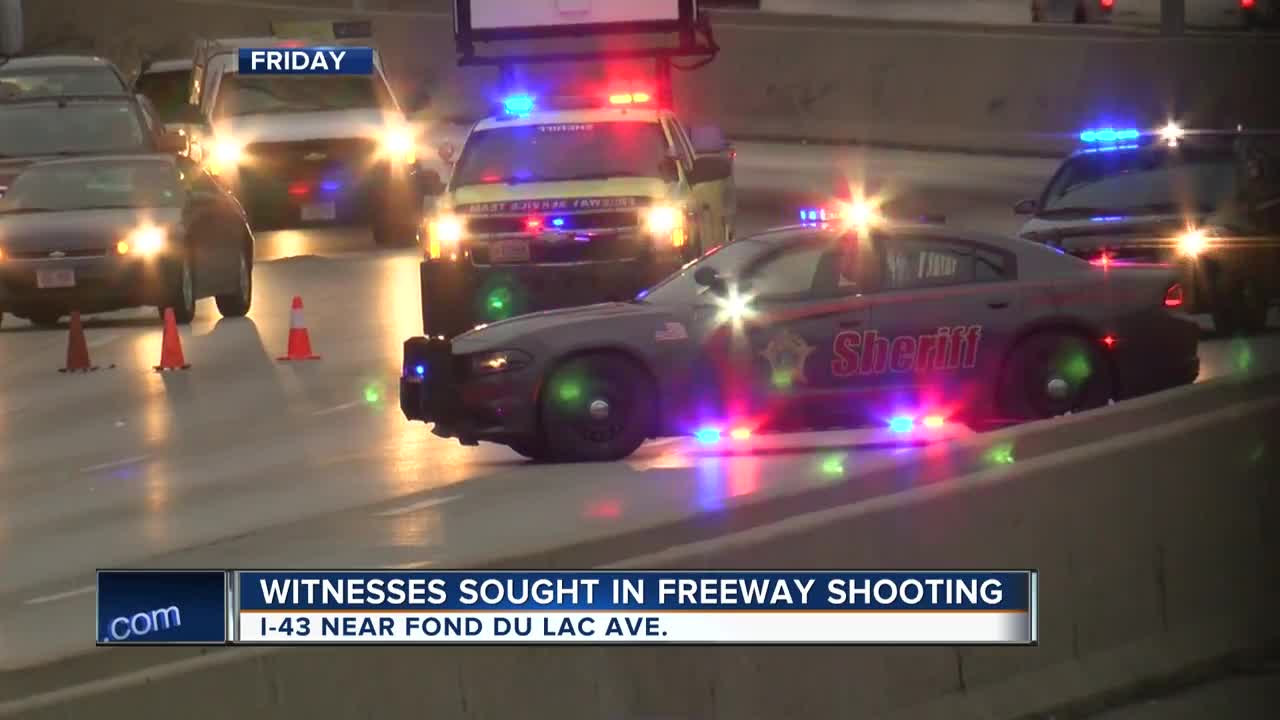 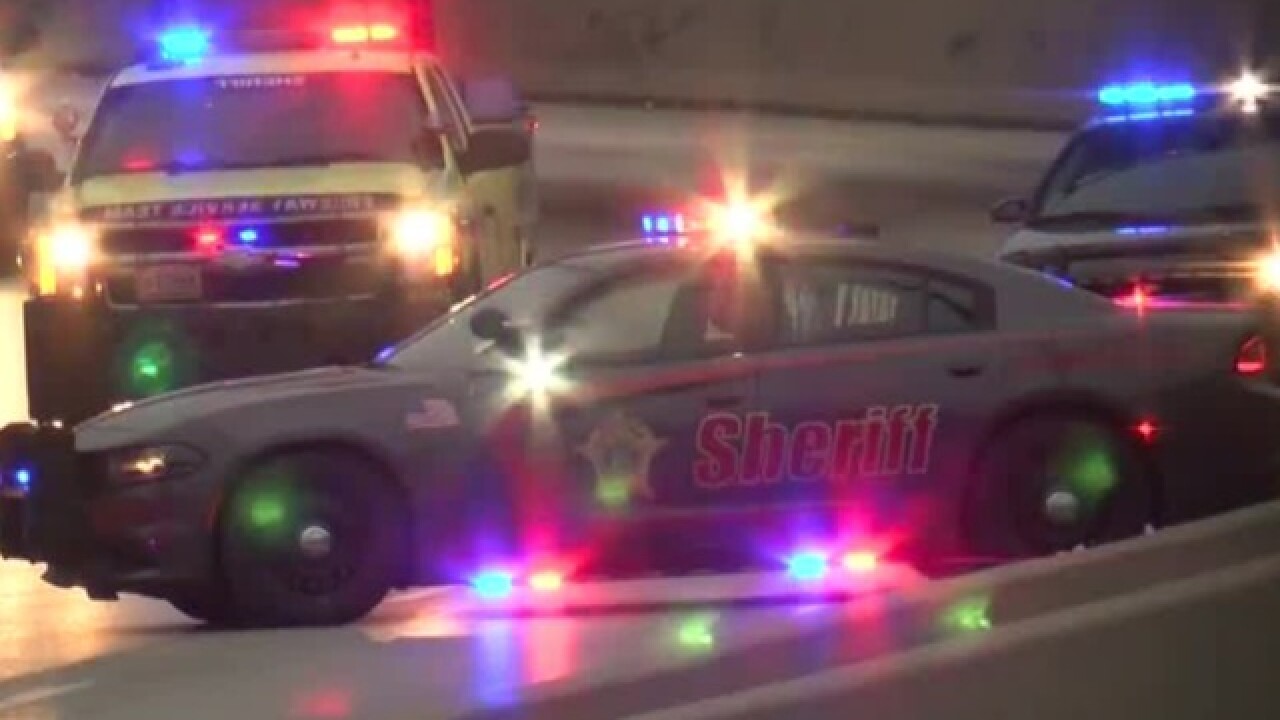 The suspects in a road rage shooting Friday afternoon on I-43 northbound are still on the run, according to the Milwaukee County Sheriff.

Meanwhile, the two victims remain in the hospital with serious injuries.

I-43 near Walnut was shut down during rush hour Friday as deputies searched for evidence. Sheriff Richard Schmidt said it all started when two men in the victims’ vehicle yelled and made hand gestures at the suspects while the suspects sped past them.

"Under no circumstance should any driver or passenger engage someone in another vehicle who cut them off or drove inappropriately," said Schmidt. "You place your life in grave danger when confronting others who may be armed and ready to shoot you."

Schmidt said someone in the suspects’ vehicle opened fire. At least six shots were fired into the victims’ car. Two men in their twenties went to the hospital for serious injuries. One was shot in the chest and torso, the other was struck in the leg.

"It's a miracle that none of them died," said Schmidt. "This was not a small bullet that came out of this one person."

Schmidt said Wisconsin Department of Transportation footage of the freeway wasn’t helpful to their investigation. He believes the only way the suspects will be found is if others who saw the shooting share their accounts.

“Many people saw what took place,” Schmidt said. “We need those who saw things, heard things, or you heard things after the fact whether it’s the rumor mill, social media so forth, to contact the sheriff’s office and give us that information so we can get this case closed.”

Schmidt said witnesses can leave anonymous tips at 414-278-4705. He said only two witnesses have provided statements as of Monday night. Schmidt did not provide descriptions of the suspects.