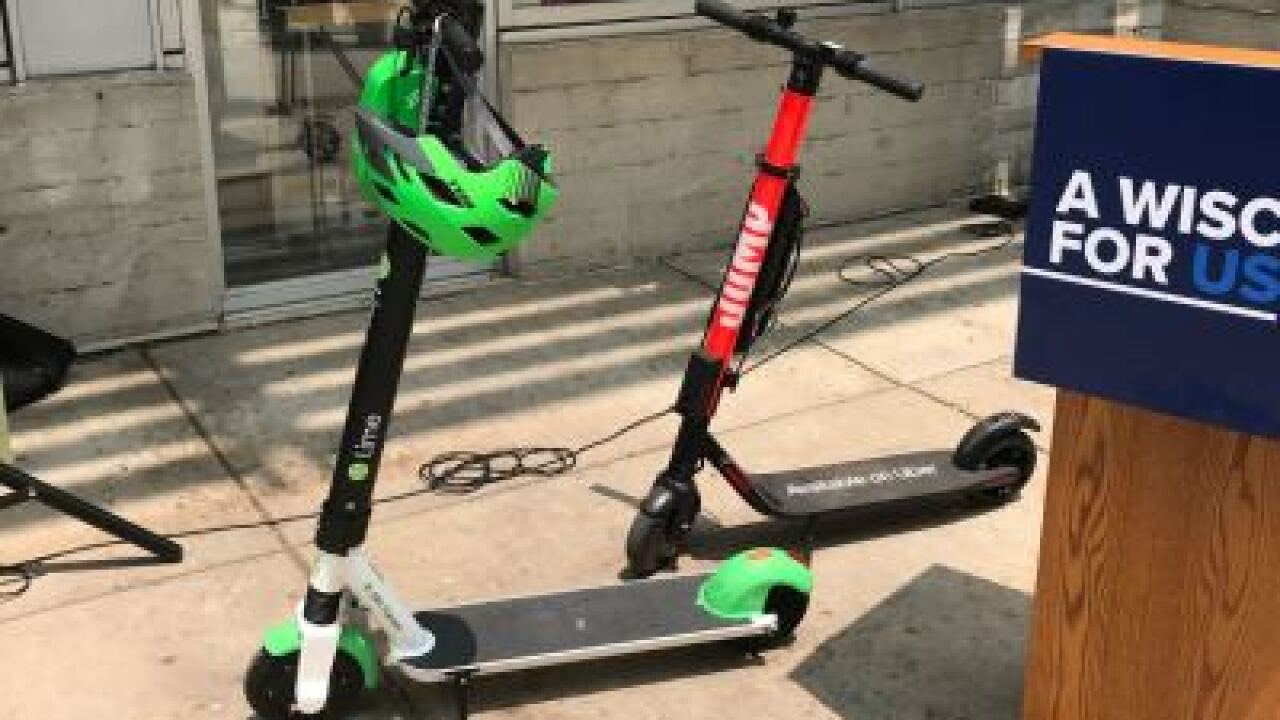 MILWAUKEE — Nearly a month after the City of Milwaukee sent out a survey on the E-Scooter pilot program, we are getting our first look at the results.

The Department of Public Works (DPW) says 6,500 people have responded to the survey. More than 50% of them had never ridden a scooter, most others had at least one ride under their belt.

Associate Transportation Planner Kate Riordan says "we asked for people's overall opinion of the program and a little over half of the people have a somewhat to very favorable opinion of them, around 30% say they are unfavorable in some way."

As for the main issues when it comes to the scooters, the city says the riders interaction with cars and vice versa topped the list. There was also still a concern with scooters being ridden on the sidewalks. That was an issue that nearly killed the program shortly after it got started in July.

"We have seen a lot of ridership on these so there is evidence that there is some latent demand for people to move around the city in different ways."

The numbers show the weather is presumably affecting ridership. In August, 133,623 e-scooter rides were taken. In September, that number fell to 111,551 and with the temperature drop this month, there have been 50,557 rides so far.

The survey will continue through the end of the pilot program at the end of this year. The DPW says they will evaluate the results and send a full report to the Common Council that includes ridership data and complaints. The council will then decide on how to move forward for the 2020 season.