Superstitions don't matter when you have a choreographer this good 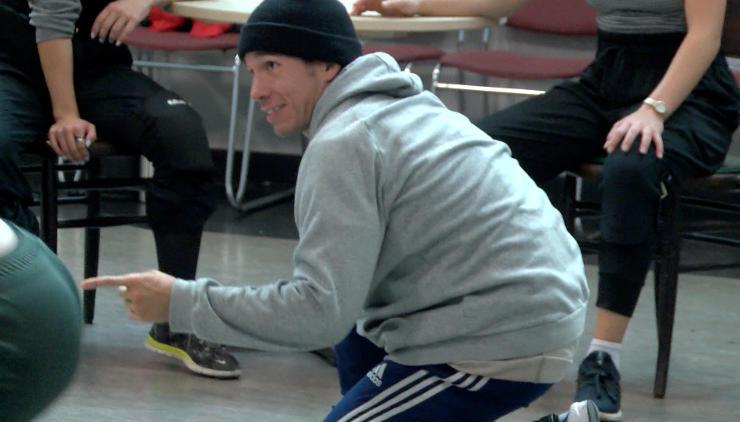 The Jon Rua is leading the choreography for West Side Story at the Milwaukee Rep.

MILWAUKEE — There are many superstitions when it comes to theater, but one cast and crew may have the remedy to any negative superstition.

You can never say "Macbeth" in a theater. Rather, you are supposed to call it the "Scottish play."

"There's a superstition where you say the name of the Scottish play, Shakespeare’s Scottish play, people were convinced in the production of the Laramie Project that I did, that because I said the name the show was cursed," said Jeffrey Kringer, who plays Tony in Milwaukee Repertory Theater's production of "West Side Story." "They made me go through a whole ritual before the show to break the curse."

It's a long running fear that if you say it in a theater, your show will be cursed and the theater company or performances will fail.

Don't worry, no one with this crew has said it — yet. However, they are keeping the equivalent of a lucky rabbit's foot in their pocket with an ace up their sleeve: Jon Rua.

"Anyone who has ever done 'West Side' has their own depiction of what it should be. You can't do it this way. And I'm like, 'I'm gonna do it. I'm gonna do it.' " — "West Side Story" choreographer Jon Rua

"I love that he’s been able to get Tony and Maria a lot more involved movement-wise than they have in other productions, so its been a master class every day," Kringer said.

Rua was in the original cast of "Hamilton" and "In the Heights." He is known for his dancing and has taken on the role of choreographer for this production of "West Side Story."

"Anyone who has ever done 'West Side' has their own depiction of what it should be. You can't do it this way. And I'm like, 'I'm gonna do it. I'm gonna do it,' " Rua said.

He has a vision for this show that is modern and honors the period that this famous musical is set.

"I just fall into the character. And then see how I physically can create their emotional life," he said.

The show runs from Sept. 17 to Oct. 27 at the Milwaukee Repertory Theater.