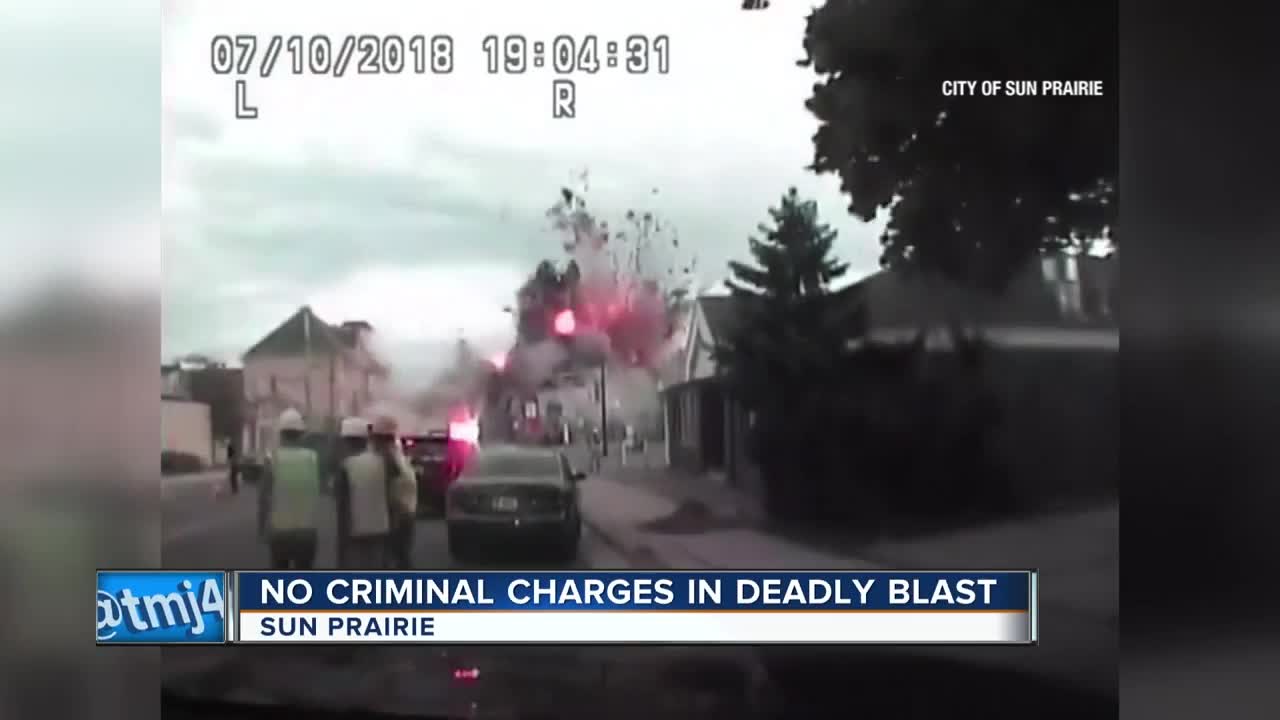 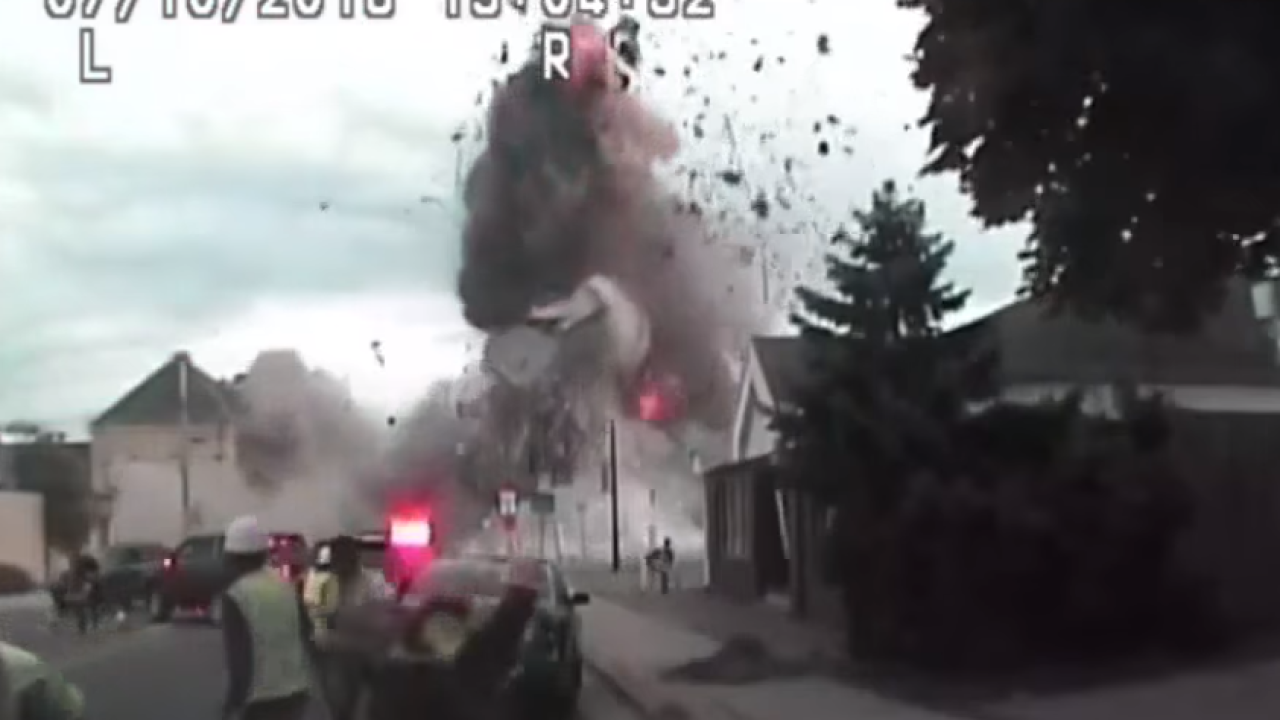 Police Chief Pat Anhalt said they will not criminally charge workers who ruptured a gas line causing the explosion.

"We have determined that the intersection, including the specific location, where the gas line was struck was not completely marked," said Chief Anhalt.

The chief said this is the result of what he calls "miscommunication" between four companies working on an underground construction project. The subcontractors and contractors are from USIC, Bear Communications, Jet Underground and VC Tech.

"Prior to the explosion, conversations occurred between representatives of each of these companies, both on and off site, during which incomplete and inaccurate information was exchanged and relied upon," said Chief Anhalt.

Sun Prairie Mayor Paul Esser said he is satisfied with the decision not to press charges and he is confident those involved are still capable of doing their job.

The mayor believes the community will also accept this outcome as they continue to move forward.

"The community has come together over these months," he said. We found a new side of Sun Prairie. It was always there, but until we were in this stressful situation we didn't realize how tight a community this was."

The police chief said he would like to see regulatory change when it comes to utility work.