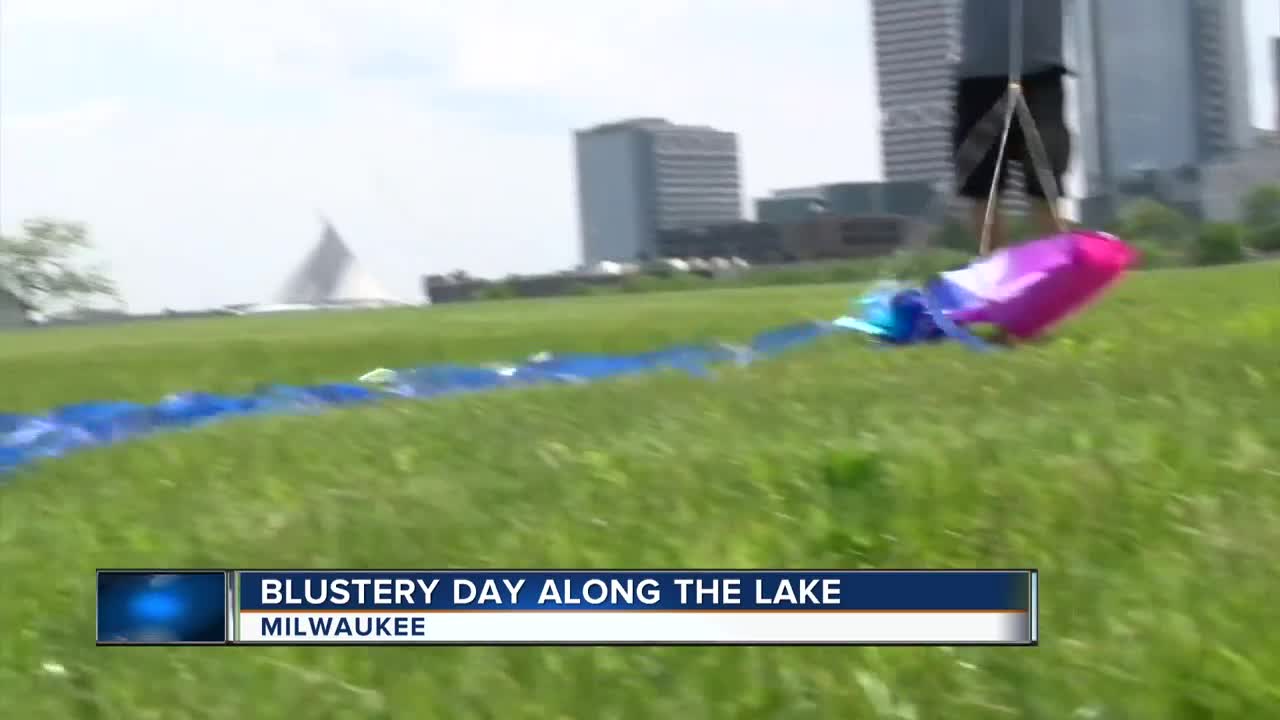 For one kite shop, the winds were too strong to keep some of its biggest kites on display.

MILWAUKEE — Winds were gusting between 20-37 miles per hour down by the lakefront Friday afternoon.

For Bob, the owner of a sunglasses cart at Bradford Beach, that meant some people were buying glasses to prevent the wind from blowing sand in their eyes.

Over at the Kite shop near the lakefront, the massive large kits that normally hang outside the store were taken down because employees were afraid they were going to break.

“It’s been so windy we had to take down a lot of that stuff in fear that it would be damaged because of how strong the winds are,” said Mary Crosby, sales associate at the shop.

Getting the massive kites down was no easy task. It took a two person team.

“It’s was like a wrestling match to get that down,” said Crosby.

The wind made it difficult even for expert kite flyers but some many people outside said despite the wind, it was a perfect day to enjoy the weather.