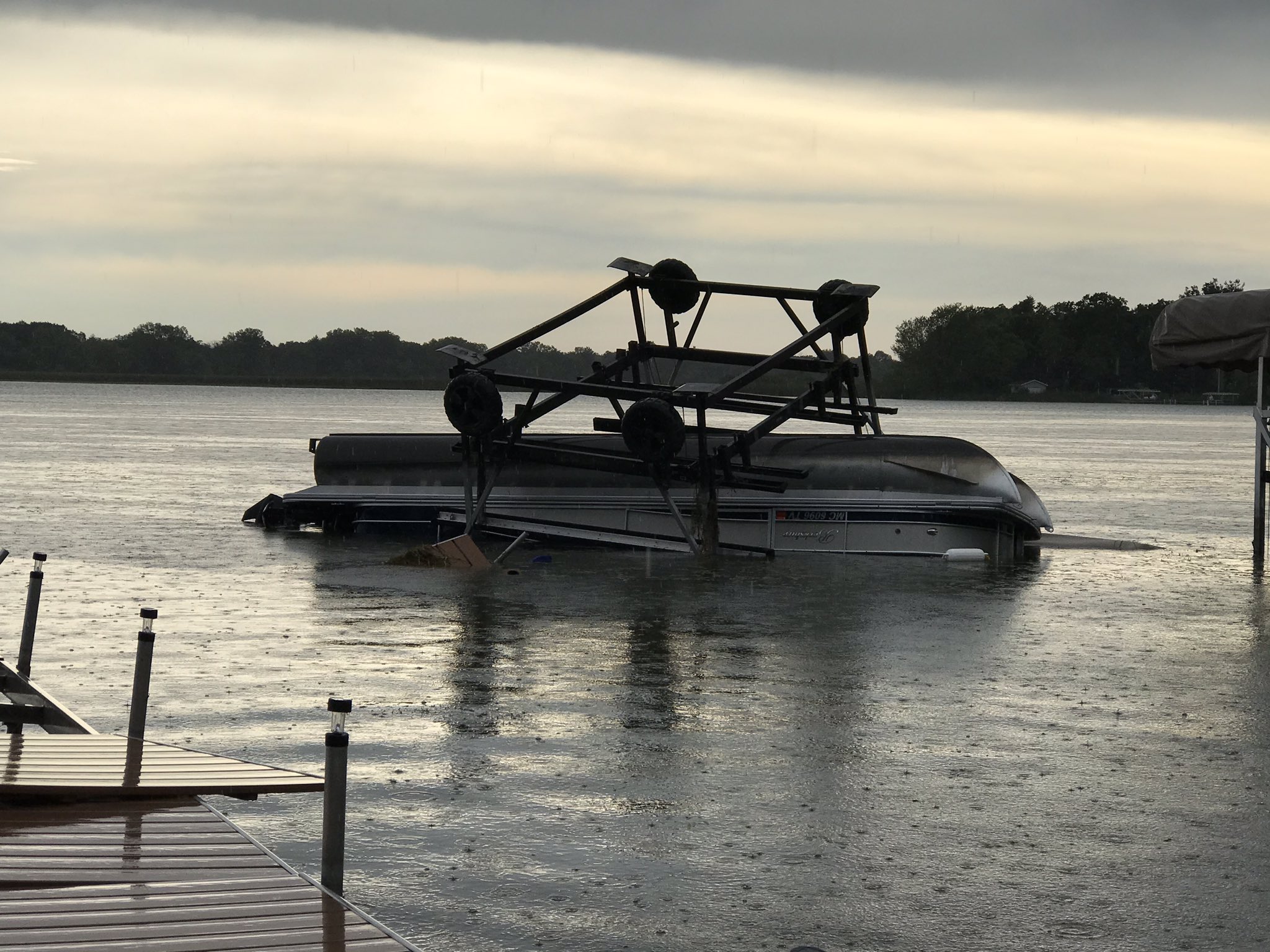 A storm ripped through southeast Wisconsin and left a trail of uprooted trees, flipped over boats, and property damage.

CAMP LAKE — Strong storms Monday evening forced neighbors to clean up damage to their yards and homes in Camp Lake on Monday.

All throughout town you could see plenty of snapped or downed trees. Scattered branches covered the roadways.

The neighborhood near 101st Street was particularly hard hit.
One home's pier had been ripped up—and a pontoon next to it was flipped upside down. Its lift was on top of the boat.

At Tony Gattuso's house, a tree uprooted and punctured a hole in his roof.

Gattuso said the storm came and went in about 10 minutes. He didn't lose power, but he did lose a big chunk of his pier. He said he never expected to see this much damage.

Just down the road, Kim Harrison didn't have as much damage. She said the wind really picked up and the storm blew through so fast. She said she was a little scared.

"I'm usually the one outside checking out a storm, but not today," Harrison said.

Kathy Rico was out driving in the middle of pounding rain. She heard the sirens and rushed to the basement with her family. They, too, emerged to find a large tree toppled in their yard.

In the meantime, Gattuso is glad the storm is over.

"I think my wife asked me if I was feeling lucky after the crash, and I said yeah, I guess so, because it all happened so quickly," Gattuso said.