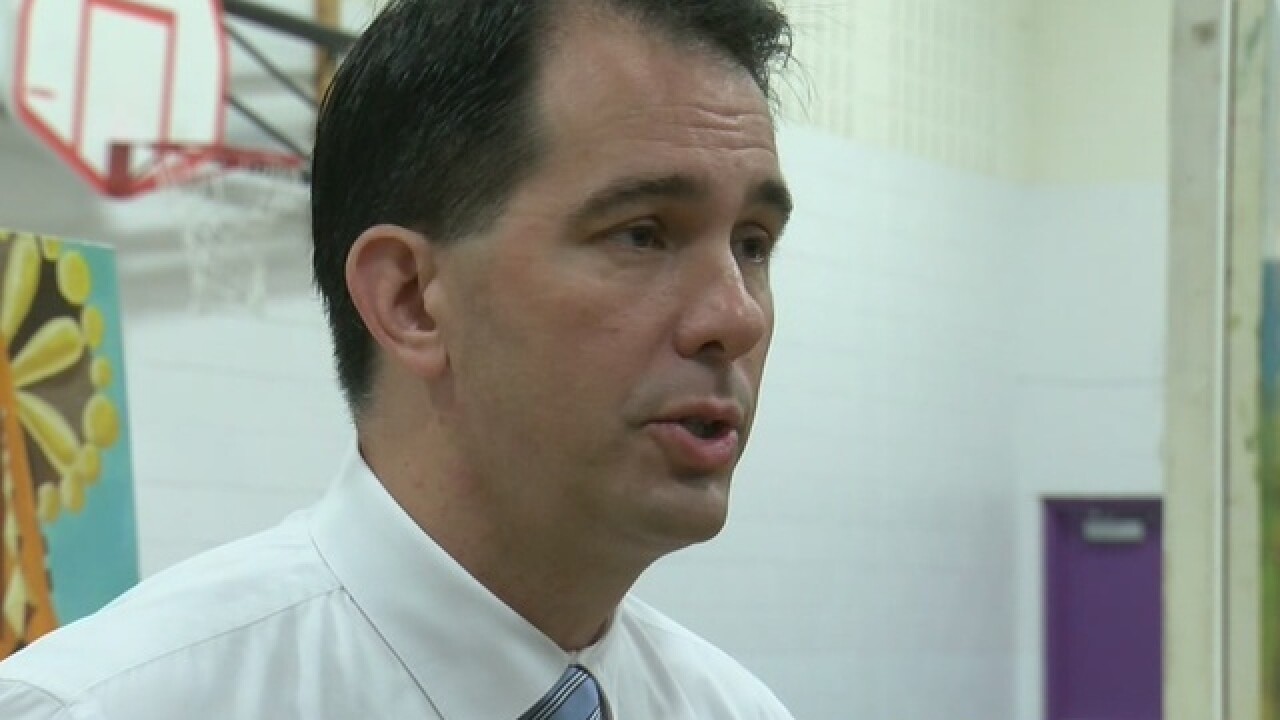 MADISON, Wis. (AP) -- The Wisconsin Department of Administration says taxpayer costs for private lawyers defending state officials from lawsuits stemming from a secret investigation into Gov. Scott Walker's recall campaign have topped $1.2 million.
The cost is likely to rise because at least one lawsuit is still ongoing. Wisconsin Club for Growth director Eric O'Keefe sued the Government Accountability Board and its director in Waukesha County, costing the state more than $187,000 for private lawyers through August, the State Journal reports.
The state Department of Justice declined to represent the Government Accountability Board because it was already representing the judges involved in the John Doe investigation. Walker's office then appointed private lawyers to represent the board.
A John Doe investigation focused on whether Walker's recall campaign illegally coordinated with conservative groups in 2011 and 2012. The investigation led by Francis Schmitz looked into whether the Wisconsin Club for Growth acted as a hub for undisclosed donations.
In July, the investigation was halted by the state Supreme Court, which said the legal theory held by Schmitz violated the free speech rights of those being investigated.
The Department of Administration's tally of payments to private lawyers includes $1.04 million to three law firms for a federal lawsuit O'Keefe brought against Schmitz and the Milwaukee County district attorney and his investigators. A federal appeals court dismissed the suit last year, and the U.S. Supreme Court opted not to take it up in May.
Lawyers for the Government Accountability Board argue the suit against it should be dismissed because it was made moot by a recent law that ends John Doe investigations into campaign finance and conduct in public office. A judge agreed Monday to hear arguments Dec. 22 before ruling on other motions, said Paul Schwartzenbart, one of the board's attorneys.
Associated Press 2015