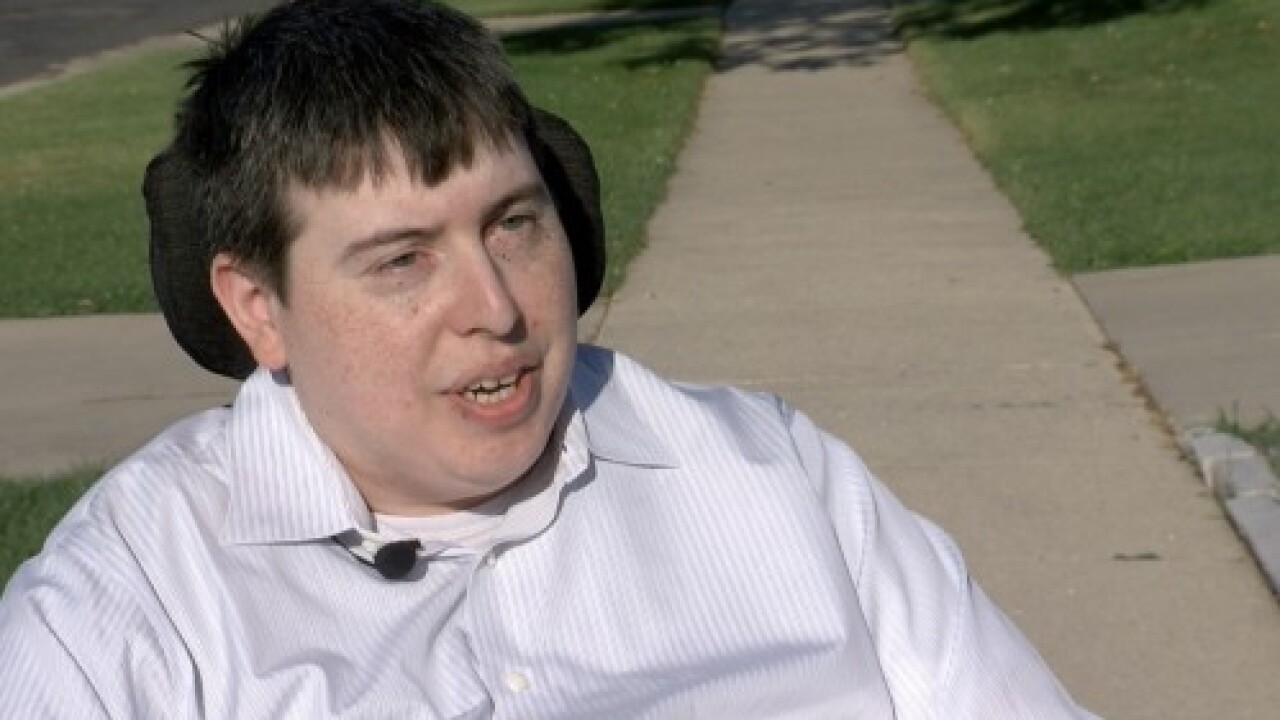 MADISON (AP) — The Republican speaker of the Wisconsin Assembly told a paralyzed Democratic state representative in a letter Thursday that he will not grant his request to call in to committee meetings by phone but will pursue other accommodations to appease the lawmaker.

Speaker Robin Vos sent Rep. Jimmy Anderson the letter just hours after The Associated Press contacted every Republican in leadership to see if they agreed with barring Anderson from calling into meetings.

None of the lawmakers commented. The Milwaukee Journal Sentinel first reported Monday on Anderson's request, which the lawmaker said Democratic leaders had been urging Vos and Republicans to consider since January.

Vos chided Anderson for "political grandstanding" for taking his story to the press, rather than dealing directly with him.

"To call it political grandstanding is cheap and offensive," Anderson said in response, noting that Vos had known about his request and done nothing for months. "He's just being unnecessarily mean. ... I feel bad that he's almost wanting to attack me personally."

Vos told Anderson he can't change the Assembly meeting rule "by fiat" and the full Assembly would have to vote. However, Vos reiterated his opposition to allowing lawmakers to phone into committee meetings, a practice that's not allowed in many other state legislatures but that the Wisconsin Senate permits.

"This tends to lend itself to disruptive, ineffective meetings," Vos wrote to Anderson. "Additionally, it is disrespectful to the members of the public who come to testify on legislation. I have always been disappointed to walk into a Senate hearing to see a chairperson surrounded by only phones because the members did not show up in person to listen to testimony."

Anderson said the accommodation he's seeking for lawmakers with a physical disability may only apply to him, so the situation Vos describes may not occur.

However, in an attempt to accommodate Anderson, Vos said he would make a videographer available upon request for meetings Anderson can't make so he could potentially watch them via a livestream or on tape later. Vos said he would also consider changing the rules to allow for paper ballot voting, a process in which the lawmaker can vote without being present.

Anderson said it would just be simpler, and better, to grant his request to let him call in when necessary.

"Right now, what it feels like is I have to go to Speaker Vos and beg him for accommodations and he's going to decide who is accommodated based on what he believes," Anderson said.

Anderson, 32, was paralyzed from the waist down after a drunken driver slammed into his car in 2010, killing his parents and brother.

Anderson said Vos "really misunderstands what it means to be a disabled person." Anderson said he is reliant on a home health assistant and if she is unable to assist him at the time needed, it could result in him not being able to make it to the Capitol in time for a meeting.

"I have to organize my life and get help from other people to live my life," said Anderson, who was elected to the Assembly in 2016 and re-elected in 2018. And while he can't always physically make it to the Capitol for a meeting, he always has his phone with him and could dial in, Anderson said.

Anderson said it's premature to say whether he will bring a lawsuit, although he is researching whether he would qualify as an employee under the Americans with Disabilities Act because he is a lawmaker.

Vos noted Anderson has been accommodated in other ways, including purchasing a special wireless microphone for the Assembly floor, installing special voting equipment and granting his personal assistant access to his computer even though she's not a state employee.

Rules in other statehouses across the country vary, with many states having a similar in-person requirement as the Wisconsin Assembly. But there are exceptions, including in Alaska, the largest state by square miles, where lawmakers can phone into committee meetings for any reason. New Hampshire makes exceptions case by case for committee meetings.

The letter from Vos came after an outcry from advocates for the disabled, Democrats, editorial boards and on social media.

"Everyone should be treated with kindness, dignity, and respect," Democratic Gov. Tony Evers said in a statement Thursday prior to Vos sending the letter. "That's a pretty simple concept, and those are our Wisconsin values. Rep. Anderson was duly elected by the people he represents, and Vos' refusal to make the necessary accommodations for Rep. Anderson to participate is not just a disservice to him, but to our values, the democratic process, and the people of our state."