Man gives away flowers to cancer patients in his mother's name 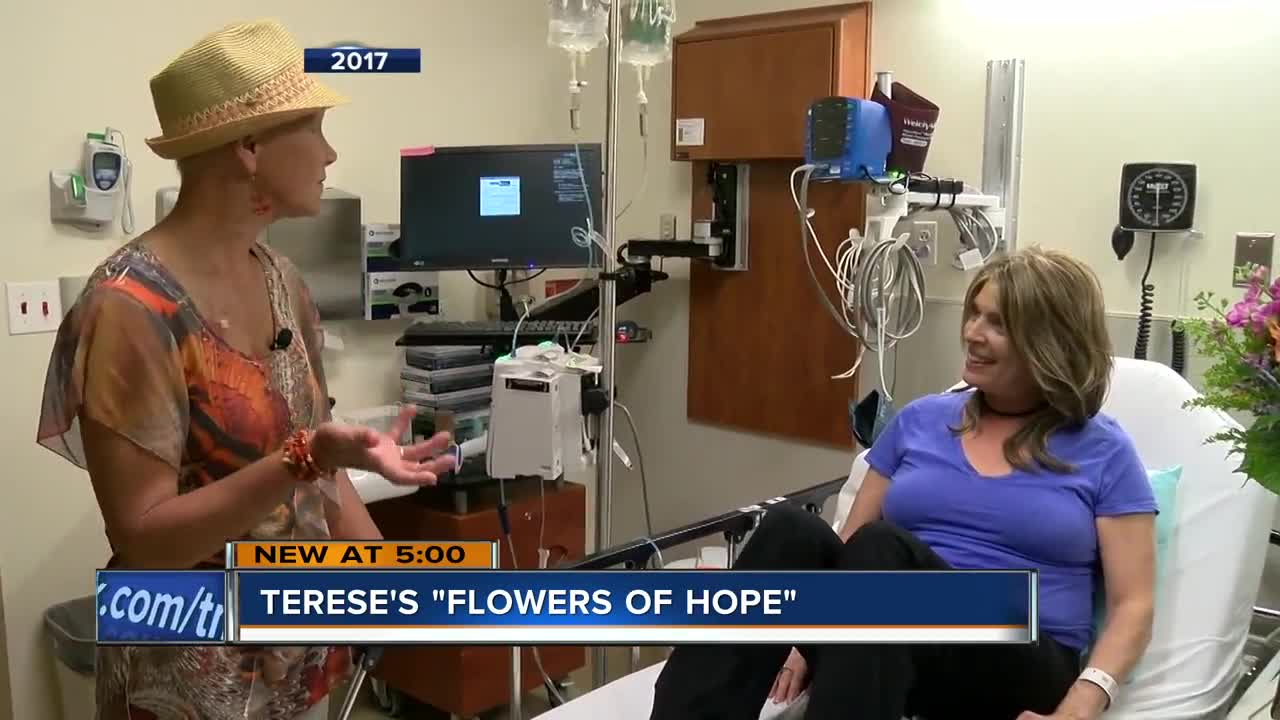 Though the woman who put everyone before herself may be gone, her son knew he had to do something to let her spirit carry on.

MILWAUKEE — Flowers have always been known to bring a smile to someone's face.

"I want to share with someone who really needs to brighten up their day." Those words came from Terese Ulickey in June of 2017. While she was in the midst of a battle with cancer, her son raised money to buy her two flower bouquets while she underwent chemotherapy treatment.

However, Ulickey couldn't stand the thought of keeping both bouquets for her self. She asked her son if it would be alright for her to give one away to another random patient at Froedtert & The Medical College of Wisconsin. She passed away in August, however her loving and caring spirit carried on immediately.

"Multiple people reached out to me," said her son, Zack Ulickey. "Hey, your mom gave flowers to my mom's friend or I know the lady you gave flowers to. It was really cool to see the impact she had from something so small and something that meant a lot to her," he said.

While Terese is missed by many in the community, the pain is the strongest for those who reside in the Ulickey home. Her husband Chet is trying to manage the home with the help of their three sons, trying to figure out how to grip the reality of life without his best friend.

"It's something you never felt before," Chet Ulickey said. "Coming home, and always talking with her and not having that now is something that's indescribable. I never thought someone's heart could hurt that much but it does. I guess that this is god's plan and this is what it is," he said.

Although the woman who put everyone before herself is gone, Zack knew that he needed to do something to let her spirit carry on.

"Right away, I felt so many people were cheated because they weren't able to meet her or able to experience the type of woman she was," Zack said. "She was 60 when she passed and 60 is a decent amount of time but there is not enough time in the day to show how much she meant to so many people."

So Zack came up with Terese's Flowers of Hope a non-profit he is starting to continue the love his mom showcased to all. Every two weeks, the family will deliver two flower bouquets to Froedtert's Clinical Cancer Center. The flowers will be given to two random patients going through treatment. It's the same thing she used to do, but this time, the bouquet meant for Terese will go to someone else in need.

"I know she's watching and she'll be happy one is not given to her now," Zack said. "So it can help out more people rather than her getting one."

Zack, his father and his two brothers Jacob and Garrett arrived at the hospital Friday afternoon, donating an arrangement to another patient receiving treatment. It was the first time any of them have been back at the Froedtert MCW campus since Terese died.

For Zack, it's one more thing that can help people start to understand how great his mother was.

"It meant a lot," Zack said. "Really nice seeing smiles on an otherwise not very happy day for people. Definitely meant a lot and I think it meant a lot to them too."

If interested in donating or learning more about their story, visit the Terese's Flowers of Hope GoFundMe.