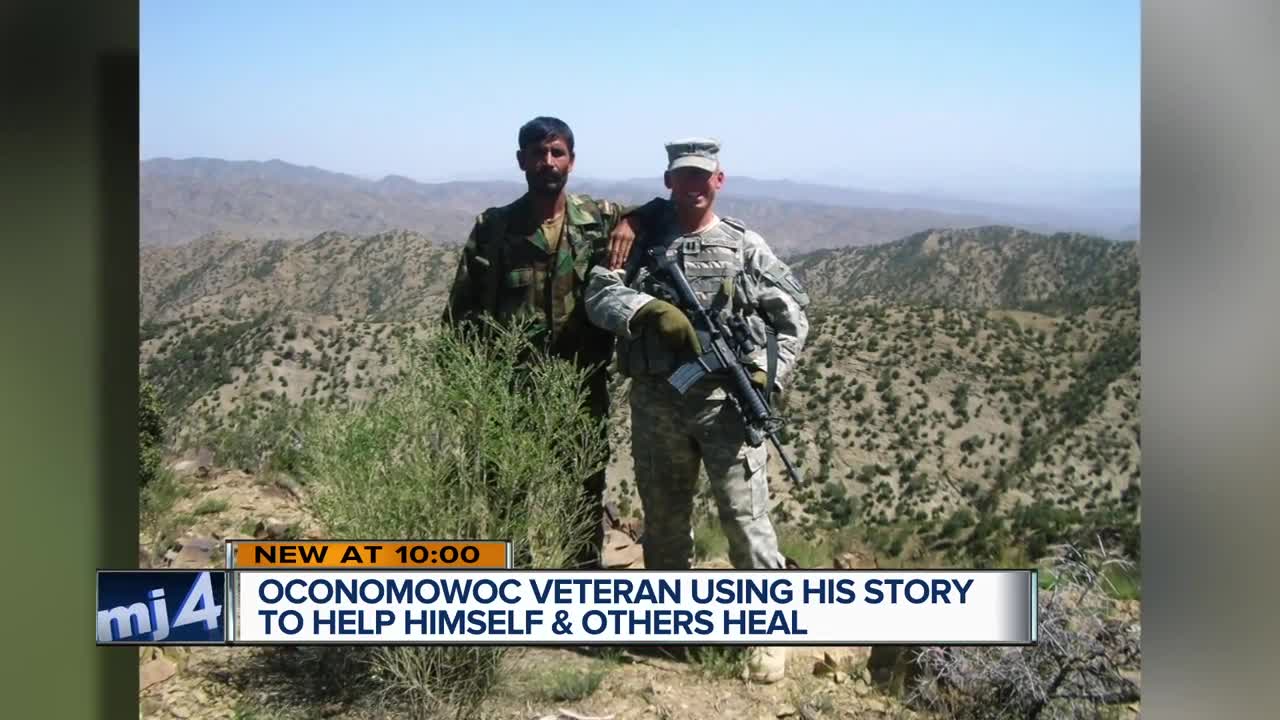 As many veterans struggle with PTSD, one soldier has turned his therapeutic journal for others to use as resource to help themselves.

An Afghanistan war veteran turned to writing as therapy for Post Traumatic Stress Disorder (PTSD) and ended up publishing a book.

Wisconsin National Guard soldier Andy Schouten deployed to Afghanistan in 2006. He was in country for one year, but the battle scars left behind lasted much longer.

After years of surpassing his symptoms, Andy eventually turned to therapy.

“I started understanding what PTSD kind of was and how it was affecting me,” he said.

His therapist at Aurora Summit Medical Center in Oconomowoc suggested that he start writing his feelings down.

“I think that they can feel that it is non-judgmental," said therapist Elizabeth Hunkins. "They can write down anything that they want to. It’s private for them. They can go a little bit deeper than they want to versus when they are speaking to someone. So, I think for a lot of people it’s a lot easier to get their thoughts or their feelings in a journal."

After writing his feelings and stories down and allowing Hunkins to read them, she suggested that he write a book.

“I said that is something… have you ever thought about writing a book? He had never given it much thought. After a few times talking about it he seriously considered putting it in a book,” said Hunkins.

Schouten said the writing was therapeutic and a way for him to share his experiences with his family.

“I wanted to keep writing because it was a chance to kind of organize my thoughts a little bit and try and put the pieces back together and build up a timeline on how things happened,” Schouten said.

The book 'First to Fire' has been published and is now available on Amazon.