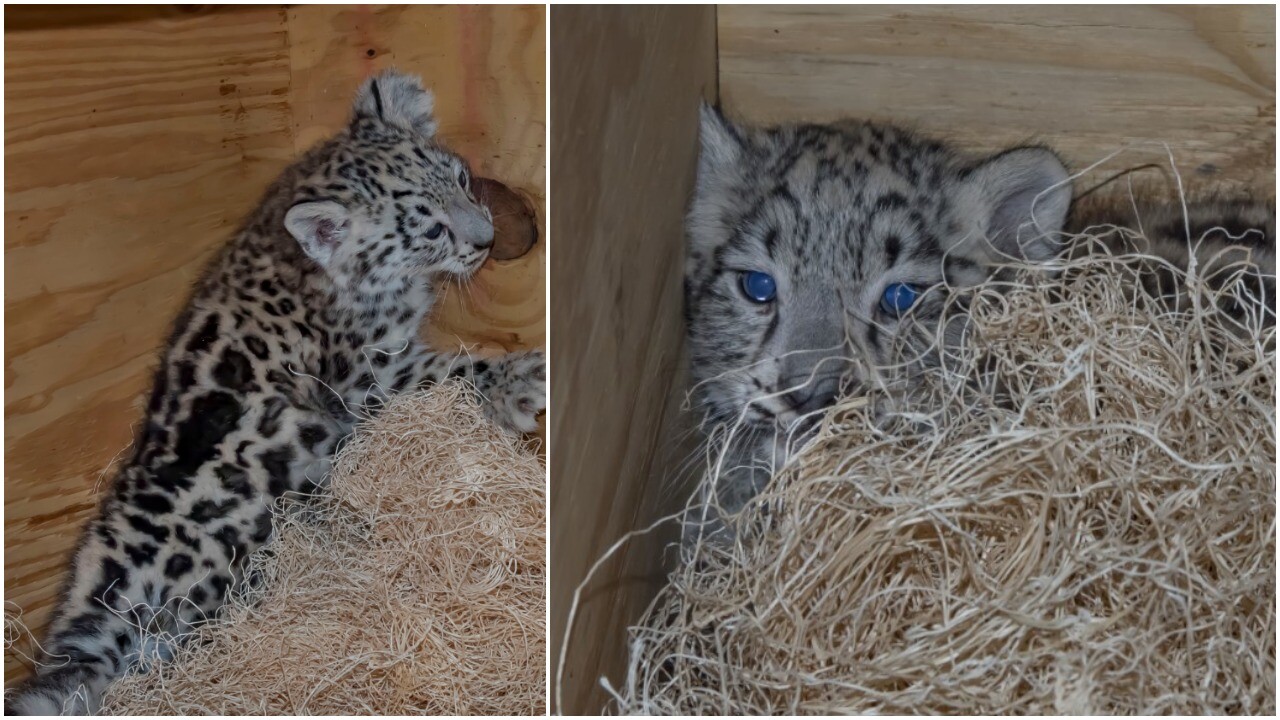 MILWAUKEE -- A snow leopard cub with blazing blue eyes has been born at the Milwaukee County Zoo.

The cub was born on May 11, and has not yet been named. The Zoo says animal care staff report the cub is doing well, and is currently in the off-exhibit den with her mother.

"Zookeepers report the cub is regularly nursing from mom and will continue to do so until she’s a few months old. She’ll get her first taste of meat soon," the Zoo said in a news release.

Both the cub and mother Orya will remain off-exhibit several more weeks in order to bond.

Orya came to the Milwaukee County Zoo in 2016, arriving from the Zurich Zoo in Switzerland. Father Asa arrived in 2015 from the Rosamond Grifford Zoo in Syracuse.