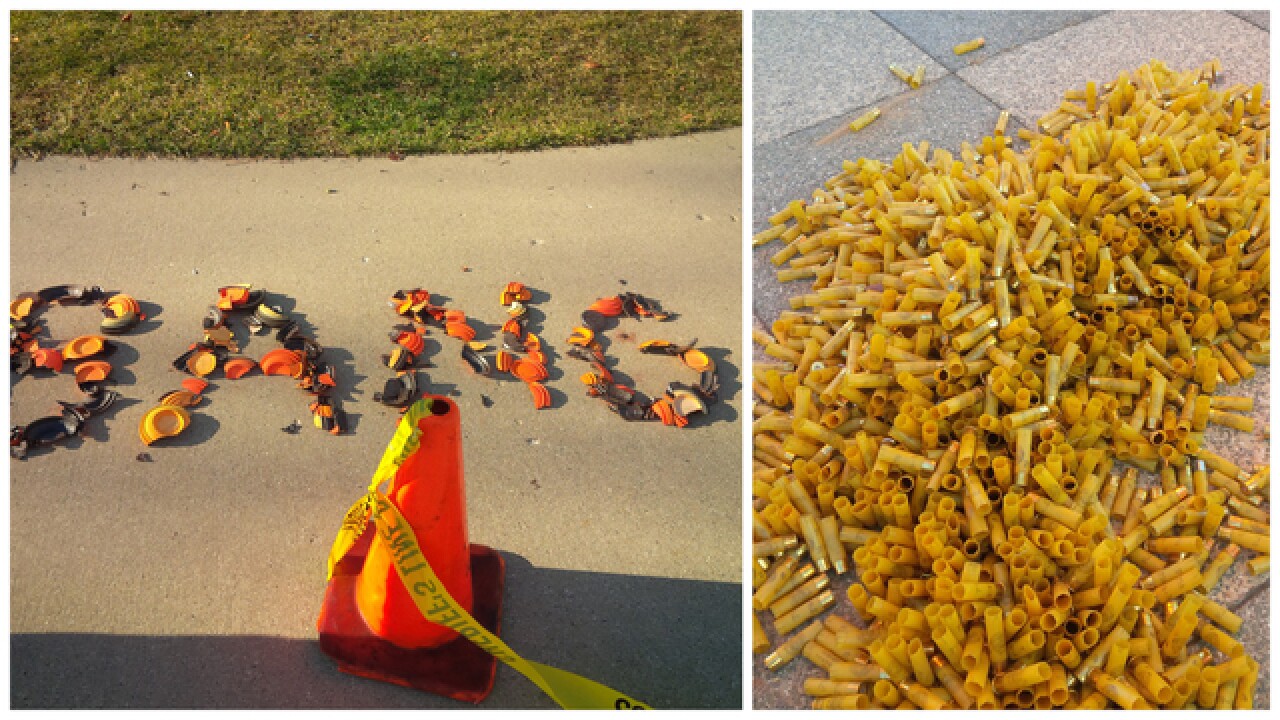 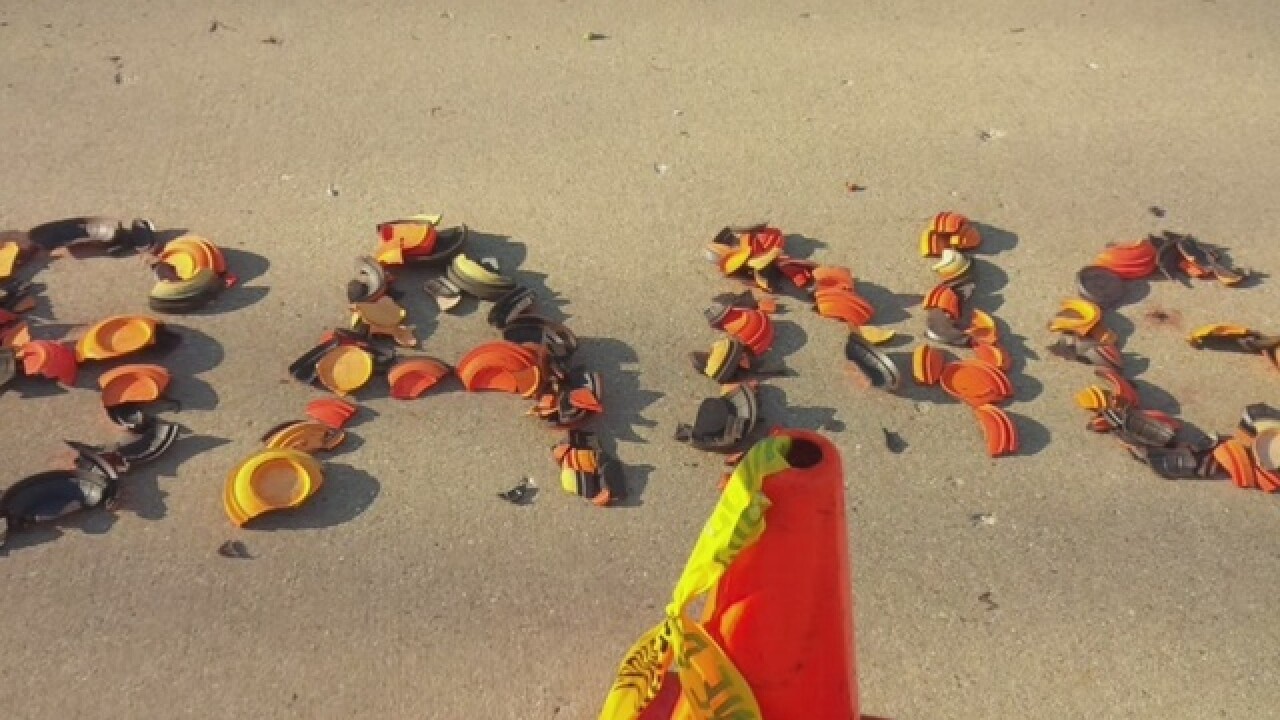 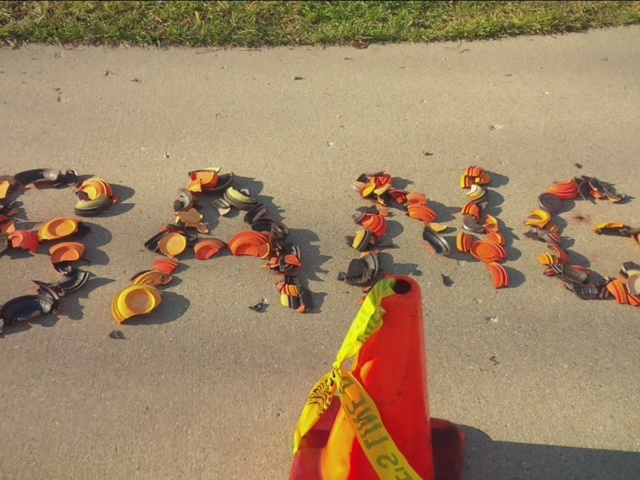 Even more disturbing, dozens of pieces of skeet and trap were arranged to spell the word "BANG" next to the piles of shells.

According to a Sheriff’s Office spokesperson, authorities were called after someone reported seeing two males dumping something near the museum at around 10 a.m.

Officials say they don’t believe the display was designed to be an art display, and the museum did not know of or approve it.

All of the shells were determined to be inert, and deputies bagged up them up and cleared the scene.