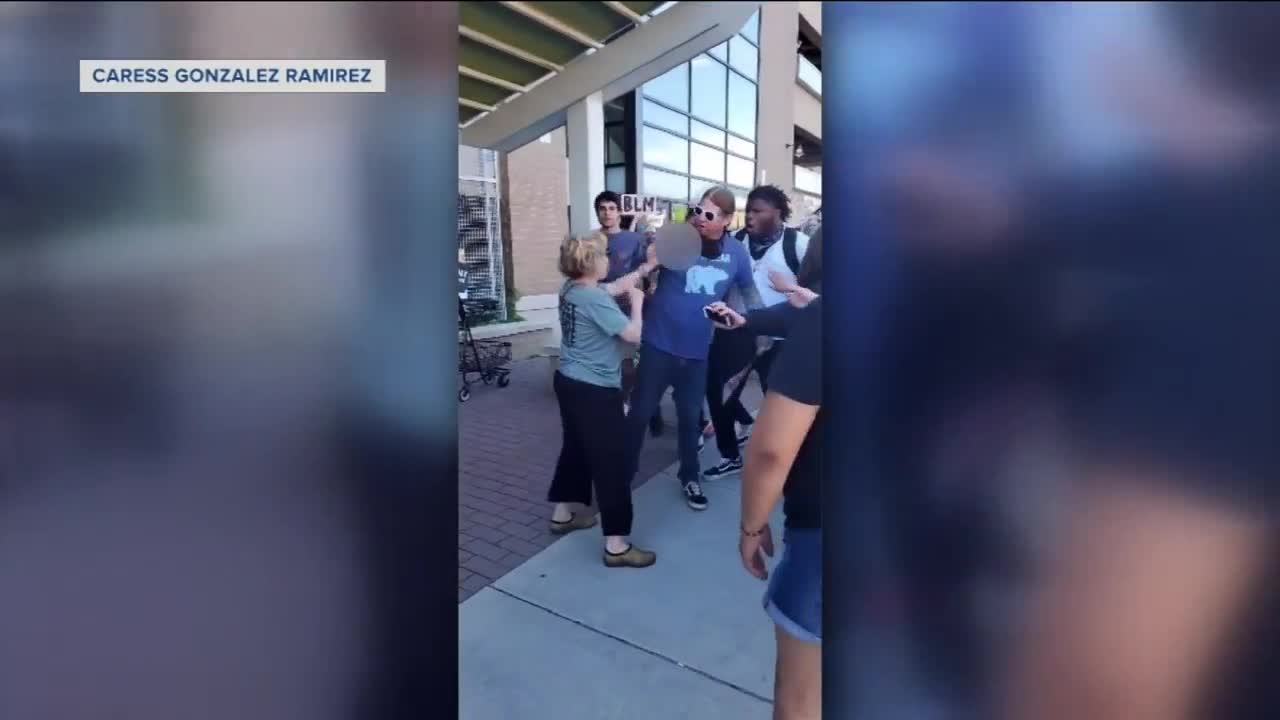 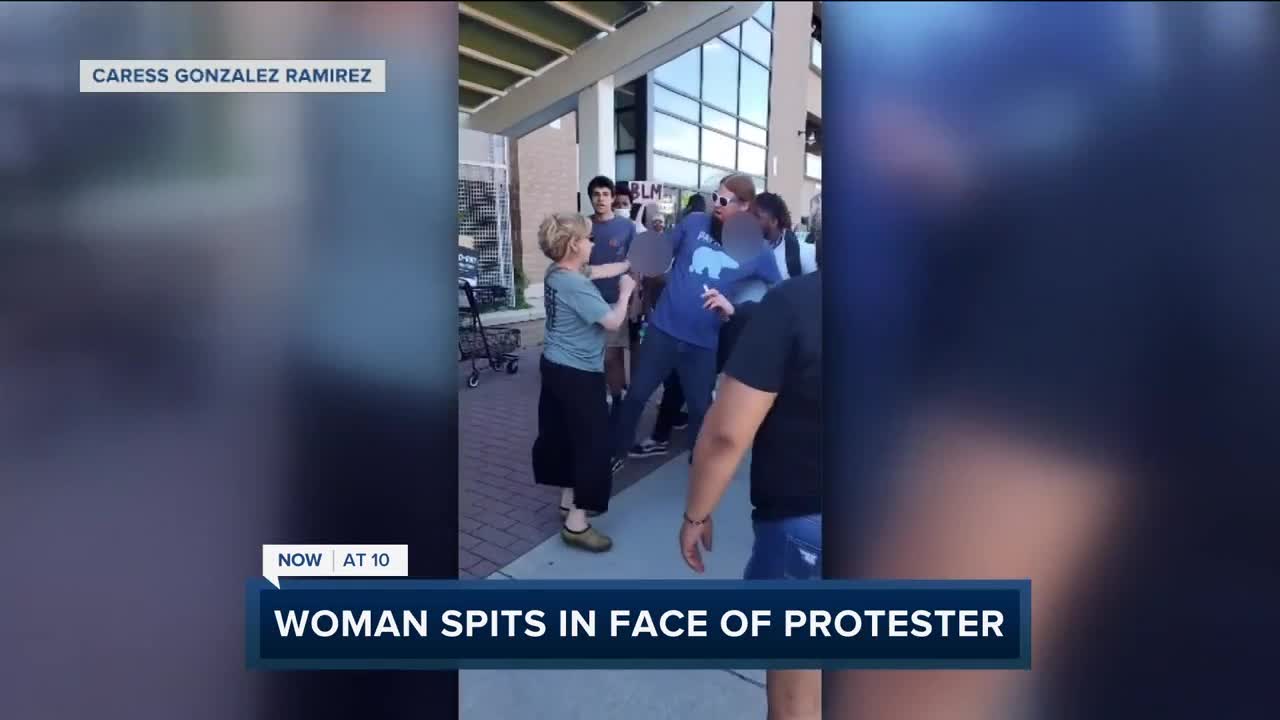 SHOREWOOD, Wis. -- A 64-year-old Shorewood woman has been charged with a hate crime after she was seen on video spitting on a Black Lives Matter protester last weekend.

Stephanie Rapkin faces two charges stemming from the incident, according to a criminal complaint released Friday morning - disorderly conduct with a hate crime enhancer, and battery to a law enforcement officer.

Rapkin was charged with the hate crime for a video that shows her spitting on teenage Black Lives Matter protester Eric Lucas. After she was detained and later released, Rapkin was arrested for a second time when she became upset with protesters outside her home and kneed an officer who had responded to the scene in the groin, according to police.

The criminal complaint states that Lucas saw crowds gathered around Rapkin as he was marching. They were demanding that she move her car.

As Lucas approached Rapkin, he and his friends began chanting "I'm black and I'm proud." Once Lucas was was a few feet away, Rapkin spit at him. According to the criminal complaint, her spit struck him in his face and mouth area, and on the top of his shirt

Cellphone video shows that no one in the crowd had touched her or threatened her prior to her spitting at Lucas.

When police questioned Rapkin about the spitting incident, she stated that she was a cancer survivor and felt threatened because crowds were surrounding her and they did not have masks on.

If convicted, Rapkin faces a maximum sentence of more than eight years in prison.

You can read the full criminal complaint below.

This is a developing story. Check back often for updates.