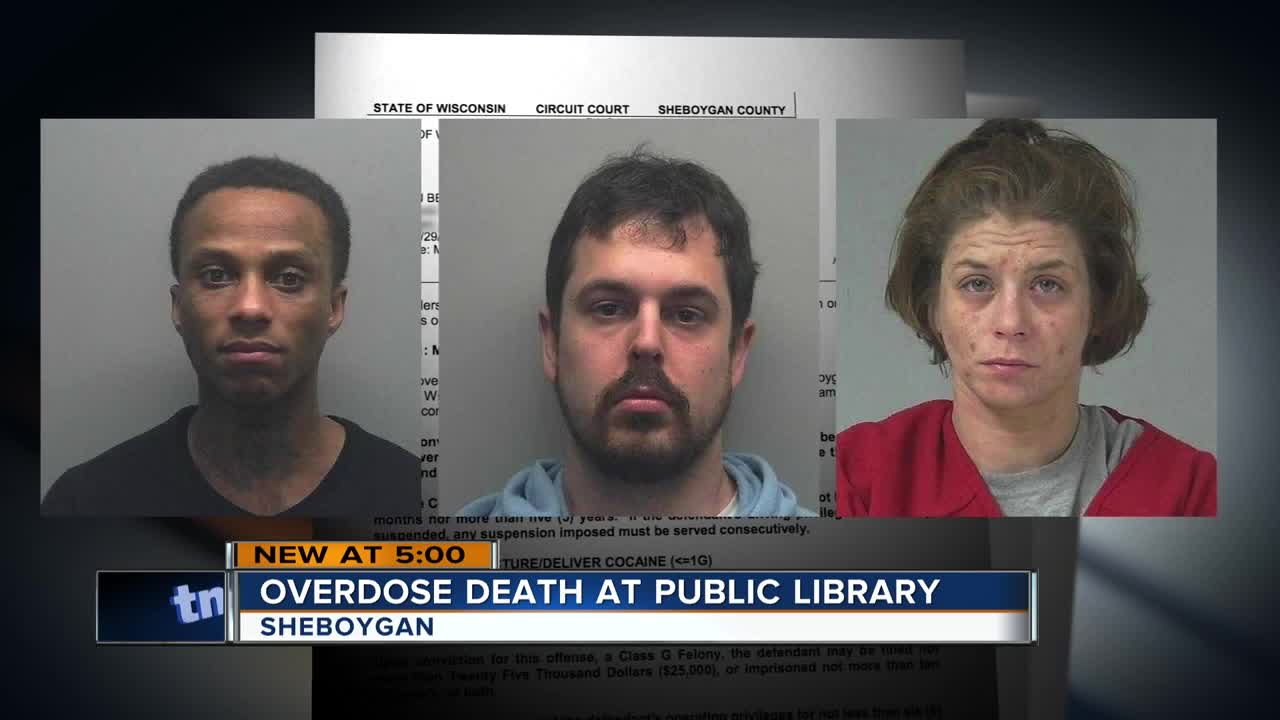 Court records show the victim walked into the Mead Public Library bathroom around 4 p.m. Friday. An hour later, he was found dead from an apparent overdose.

An apparent drug overdose at a Sheboygan public library leaves a 28-year-old man dead and three suspects in custody.

Court records show the victim walked into the Mead Public Library bathroom around 4 p.m. Friday. An hour later, he was found dead from an apparent overdose.

A public library is a place where everyone should feel safe and welcome, but in the same building where kids find something new to read, police say a man likely overdosed on heroin in the bathroom.

“My 7-year-old comes here and I’d be mad if I seen some stuff like that,” said Alice Ingram.

Ingram thought she moved away from this type of behavior only to find the opioid crisis impacts in smaller communities as well.

“I came from Milwaukee before I came here and I like the fact that my kids can run around and I don’t have to worry about them, for that to happen, they just need to crack down on the drugs, it’s ridiculous,” she said.

While this overdose death is a first at Mead Public Library, Library Director Garrett Erickson said they added a staff member with a law enforcement background last year to be on the lookout for suspicious behavior, particularly involving drugs.

“Every day we deal with issues like this and making sure people are safe here at the library,” said Erickson.

“This is not a unique story to our community, I mean you see many stories across the country where situations like this happen every single day,” said Alderman Ryan Sorenson.

Sorenson is Sheboygan’s Public Safety chairman. He said the city launched an opioid task force last year, but no one was ever assigned to that committee. He believes that needs to change, especially after this surprising incident.

“I think it needs to be all hands on deck to solve and address this issue,” Sorenson said.

The three suspects are due back in court next Tuesday. If toxicology reports confirm that the victim’s death was caused by an overdose, their charges could be amended to first degree reckless homicide.