She hasn't graduated high school, but this local teen has already worked in a hospital for more than a year 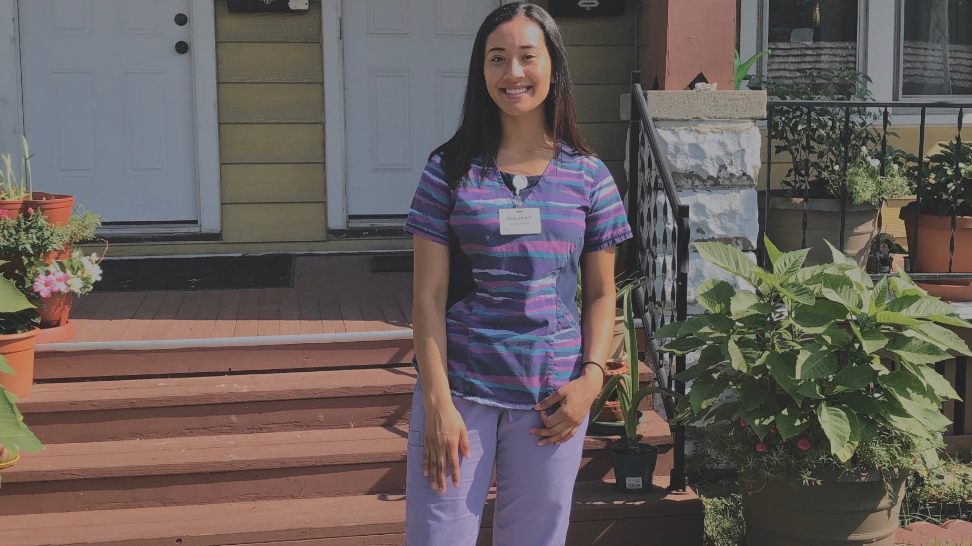 On National Nurses day we thank those on the front-lines battling illnesses and helping heal us back to health. However, with the expected decline in nurses, it's also important to recognize the nurses of tomorrow.

MILWAUKEE — On National Nurses day we thank those on the front-lines battling illnesses and helping heal us back to health. However, with the expected decline in nurses, it's also important to recognize the nurses of tomorrow, and some of them haven't even graduated high school.

"People think that working as a (Certified Nursing Assistant) is just like getting rid of the soiled linens and doing all of the grunt work that no-one wants to do. Of course, that's part of the job. I don't see it as a bad thing. It's just like something I enjoy doing because it puts a smile on my patients face," Rosie Santoyo-Maciel said.

Santoyo-Maciel is one of the youngest employees at Aurora St. Luke's Medical Center in Milwaukee. She is also a senior at the Carmen School of Technology and Science, Southeast, in Milwaukee.

"I work with the older population that's usually 60 and older, and I do little things like go with them on a walk or get them washed up at night ," Santoyo-Maciel said.

She has been a CNA at Aurora St. Luke's since March of 2019. She plans on pursing a career as a nurse in the future.

She credits her school for pushing her to try the CNA program. She is forever grateful that happened because she has found her calling.

"To do the kind of work she’s doing at such a young age, I find it brave that she’s doing that," Shavonya Wright, the Patient Care Manager at St. Luke's said.

It's no surprise to her adviser that she has taken on the challenge of juggling high school with nursing.

"She has always been a super energetic, super passionate, and hardworking student," Fabiola Ramirez, a student adviser at Carmen High School of Technology and Science, Southeast, said.

It's not about impressing her bosses and teachers, though. Santoyo-Maciel is in it for the people. She said the best day she has had as a CNA so far was when she made a small difference in a patients day.

"After getting him washed up, he said the sweetest thing to me. He was like, ‘good things are coming to you in life. You deserve the best of all the opportunities that you are getting.' I just remember it was the interpreter saying it to me, but I felt so good about the job I was doing cause I was able to make a difference. Maybe it wasn’t in his full life, but at least it was his time in the hospital," she said.

All the hard work has paid off for her too. She will be a first-generation student at UW-Madison studying nursing with a full ride.