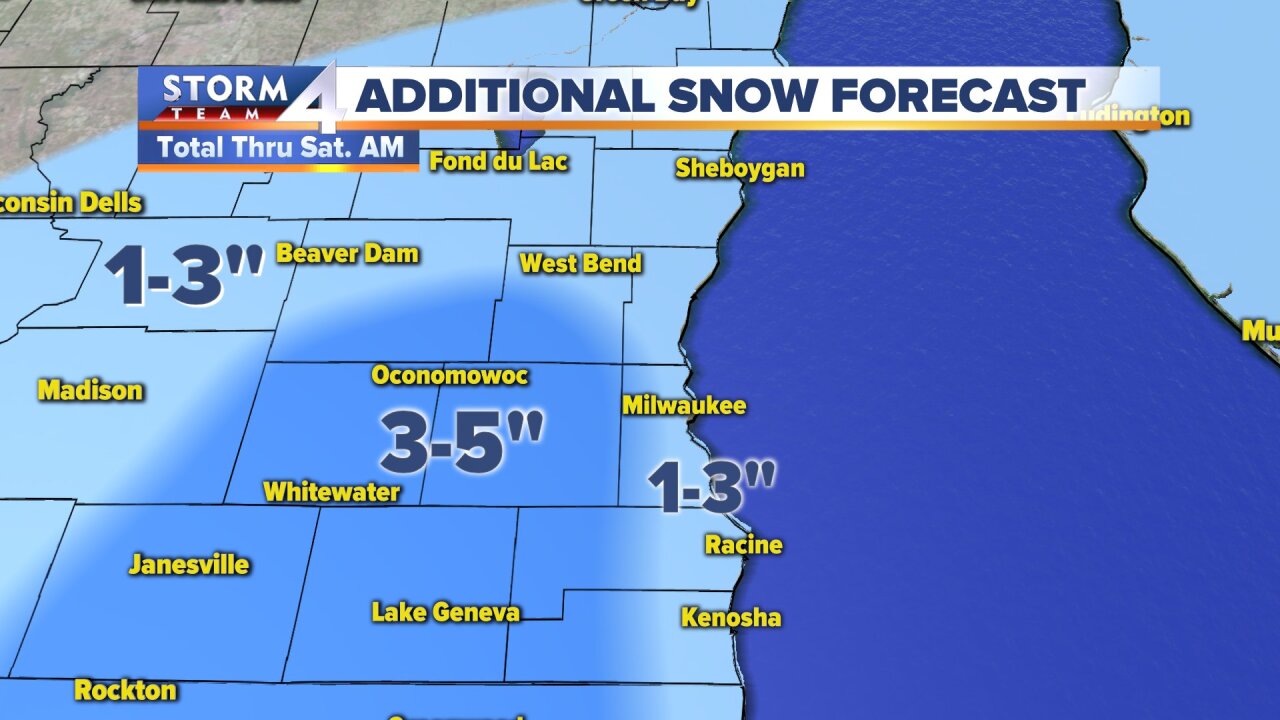 It looks like it'll be another snowy weekend for southeast Wisconsin.

A winter weather advisory was issued for several counties Friday morning. The advisory goes into effect Friday evening at 6 p.m. until Saturday at 9 a.m.

Though its been raining and snowing in several areas of the state, a burst of snow will bring the most accumulation Friday night.

Inland areas will see all snow, whereas areas near the lake will likely see a mix of rain and snow.

Snow showers will linger through Saturday but only minor accumulation is expected.