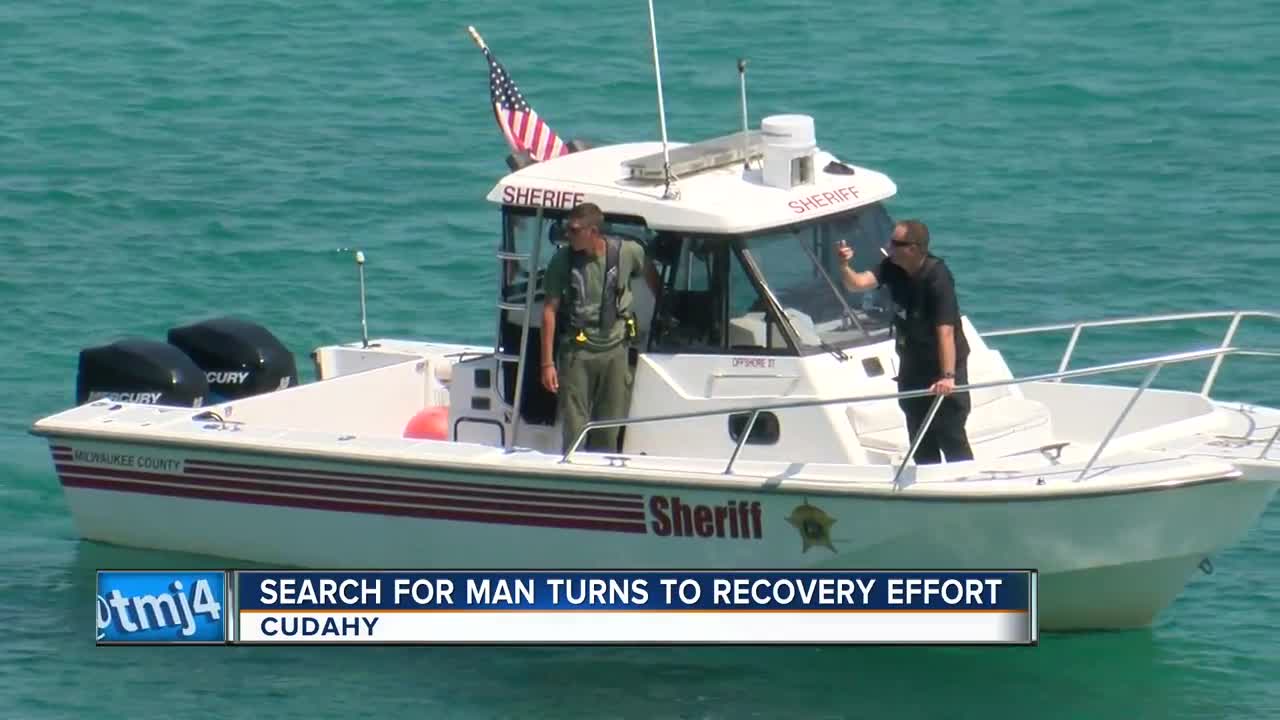 CUDAHY, WI — Crews were back out searching Tuesday for a 19-year-old male swimmer who went missing in Lake Michigan. Officials are now calling it a recovery effort.

Cudahy Fire Chief Dan Mayer said he believes the 19-year-old went to Warnimont Park and hiked down several feet to get to the lake, but he said he didn’t get hurt on the bluff and struggled in the water.

Multiple law enforcement agencies, including Milwaukee Police, the Milwaukee County Sheriff’s Office and the Department of Natural Resources took their boats to the water in hopes of finding the swimmer.

Mayer said the swimmer went down to the lake after 6 p.m. Monday with two other young women and a young woman. It’s unclear whether the others were swimming but the 19-year-old started having unknown problems in the water and went under. His friends tried to rescue him but were unsuccessful and ran to get help.

Zachary Edmonds, who lives in St. Francis, was upset to learn the news on a walk in the park.

“It’s never good to hear about somebody going missing like that,” Edmonds said.

Lake conditions are always unpredictable but Mayer said this year they’re even worse with some of the highest levels in a long time.

“The currents can get to them and drag them under, and it’s always a possibility of hitting a drop-off where it’s shallow one minute and not shallow the next minute,” Mayer said.

In fact, according to the Great Lakes Surf Rescue Project, Lake Michigan drownings are up 87 percent from last year. So far, there have been 28 compared to 15 at this time in 2018.

“It’s still shallow going out but the water comes right up on the beach and there’s not much of a beach on the side of the cliff,” Mayer said.

With these conditions, Deanna Torseth of South Milwaukee is conscious about watching her kids when they’re in the water, even the older ones.

“If they’re not strong swimmers or they’re kind of not watching what they’re doing, going too far out, having someone there who at least can help I think it makes a big difference,” Torseth said.

If you’re going swimming in the lake make sure to let a friend or family member know, and stay up-to-date on water conditions.

As for the missing swimmer, the Milwaukee County Sheriff’s Office is now leading the investigation.