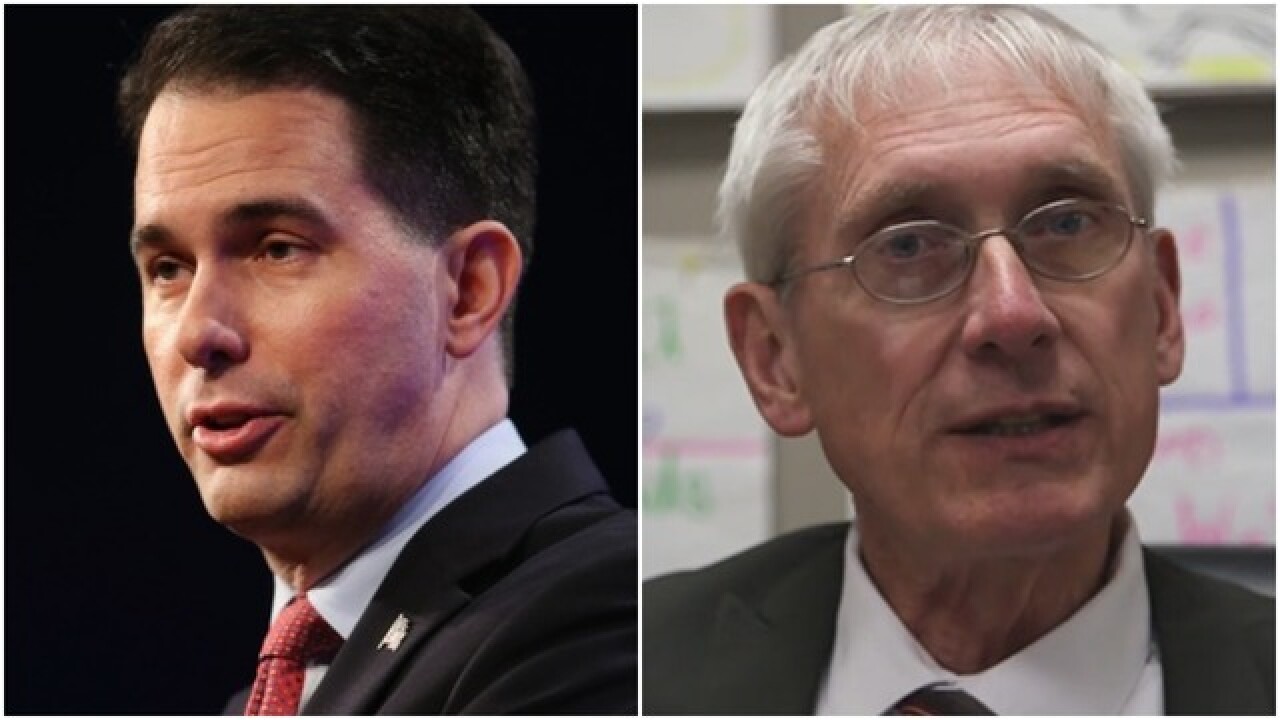 MADISON, Wis. (AP) — Wisconsin Gov. Scott Walker promised Thursday he wouldn't "retreat" after losing re-election and signaled potential support for a variety of Republican-backed efforts to limit the power of his Democratic successor, including moving the date of the 2020 presidential primary.

Walker, in his first comments to reporters since losing to Democrat Tony Evers, said he was open to a number of changes to gubernatorial power being discussed by Republicans who control the Legislature.

"We're not going to retreat," Walker told reporters from his Capitol office. "The state of Wisconsin is not going to go backwards."

Walker, 51, also said he didn't know what the future holds for him after he leaves public office for the first time since 1993 when he was 25 years old. Walker said he doesn't "have much of an interest at this point" in going to Washington to serve in President Donald Trump's administration.

Reflecting on his loss, Walker said that it was perhaps due to accomplishing so much over his eight years as governor. He was most widely known for the Act 10 law that effectively ended collective bargaining for most public workers, but he also signed into law a long line of conservative priorities that he said voters may have wondered what was left to accomplish.

"I may have reformed myself out of a job," he said.

Republicans are planning to come back in a lame duck session early next month to consider a variety of bills designed to protect laws enacted by Walker and make changes favoring Republicans before the new governor takes office.

Republicans have not said specifically what those will include, but they're talking about changing gubernatorial appointees to the state economic development agency and state building commission; moving the 2020 presidential primary from April to March; limiting the governor's authority over enacting state agency rules; enshrining rules related to the state's voter photo ID law to make it more difficult to change; and making it more difficult for the governor to block a work requirement for Medicaid recipients.

Similar moves were made in North Carolina two years ago and are also being discussed in Michigan before a Democratic governor takes over there.

Walker downplayed the changes being contemplated in Wisconsin, saying it's primarily making law "the practice we had in the past."

"Those things seem pretty reasonable," he said, without specifying which proposals he was referring to.

Wisconsin's presidential primary in 2020 is currently on the same date as a spring election where a Walker-appointed Supreme Court justice is up for election. Democratic turnout is expected to be higher than Republican turnout in the presidential primary, so moving that election to March would increase the odds for Justice Dan Kelly to win in April.

Wisconsin Assembly Speaker Robin Vos told The Associated Press following a meeting earlier Thursday with Walker that he thought he was "generally supportive" of the GOP agenda for the lame duck session.

Evers has accused Republicans of trying to cling to power, but on Wednesday told reporters he didn't have "a red line or a line in the sand" about what he would oppose. Evers' spokeswoman Britt Cudaback said Thursday it's time the GOP "got serious" about working with the incoming governor "on the pressing issues facing our state."

"The people of Wisconsin said loud and clear last week that we want a change from this petty, divisive partisanship, and Governor-Elect Evers believes Republicans should stop any and all attempts to override the will of the people and instead focus on solving the problems of this state," Cudaback said in a statement.

Walker also called on Republicans and Democrats to "come to their senses" and pass a stalled bill in the Senate extending tens of millions of dollars in tax breaks to paper products giant Kimberly-Clark Corp. to it will keep open a plant that employs about 390 people.

Walker said if the bill isn't passed by the end of November those jobs will be lost.