Ryan Braun may play beyond 2020, he says 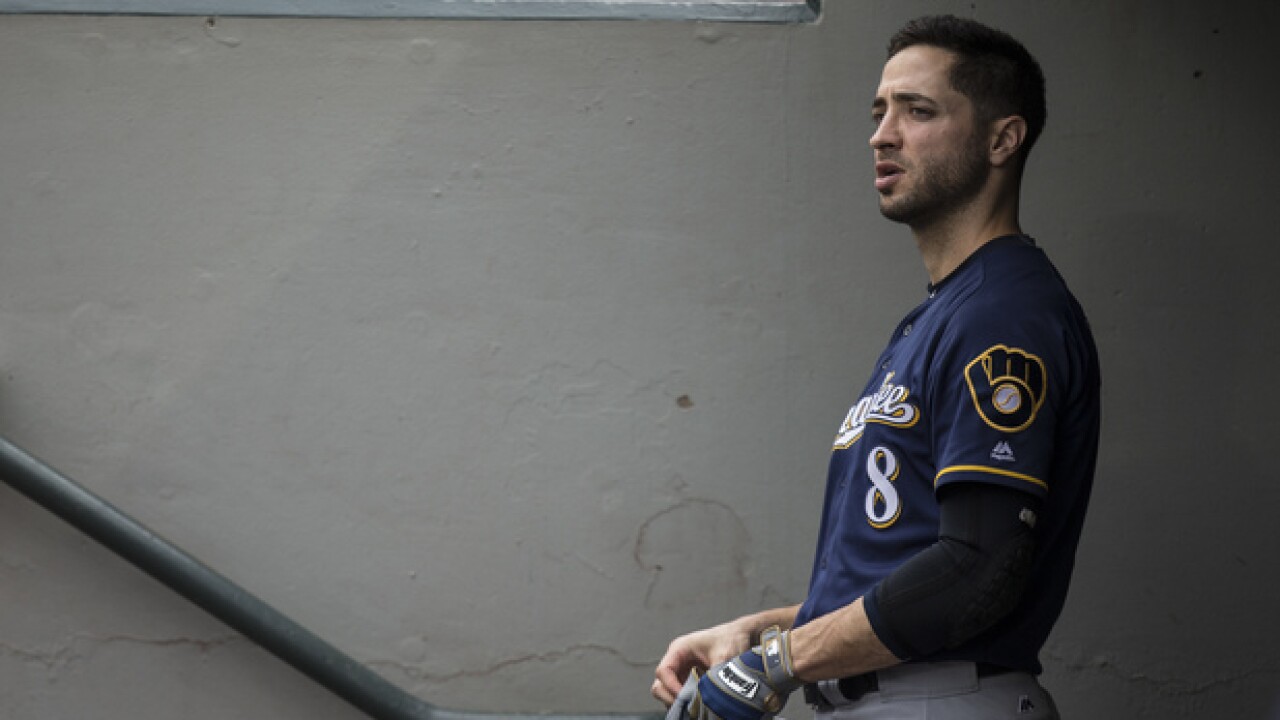 Copyright 2018 Scripps Media, Inc. All rights reserved. This material may not be published, broadcast, rewritten, or redistributed.
Stephen Brashear
SEATTLE, WA - AUGUST 21: Ryan Braun #8 of the Milwaukee Brewers prepares in the dugout for an at-bat during a game against the Seattle Mariners at Safeco Field on August 21, 2016 in Seattle, Washington. The Brewers won the game 7-6. (Photo by Stephen Brashear/Getty Images)

MILWAUKEE — As Ryan Braun enters the final year of a 5-year contract with the Brewers, he says he could see himself playing beyond 2020.

According to Fox Sports Wisconsin, Braun is more likely to continue playing after this season due to the weird circumstances that COVID-19 has caused.

Back in January, the Brewers attended their annual event, Brewers on Deck. While at the event, Braun said he was very aware that this could be his last season playing. Now, however, it appears that mindset may have changed.

“I feel like it’s more likely that I play another year than I anticipated a few months back,” Braun said.

His thoughts of retiring come as he nears 37-years-old and reaches the end of his $105 million contract. However, with the coronavirus cutting down his final season, he may be more rested at the end of the season due to the fact that he will only play in 60 games, instead of 162.

“For me personally, playing a smaller number of games is something that’s beneficial,” Braun said. “I think I’ve been able to be pretty good the last few Septembers because when I know it’s a smaller sample size we’re working with, I can just focus on sprinting to the finish line.”

“Obviously at this age and where I’m at in my career, it’s very appealing to me to have the option to DH for a decent percentage of my at-bats,” Braun said.