Riverwest woman says her dog was attacked by a coyote 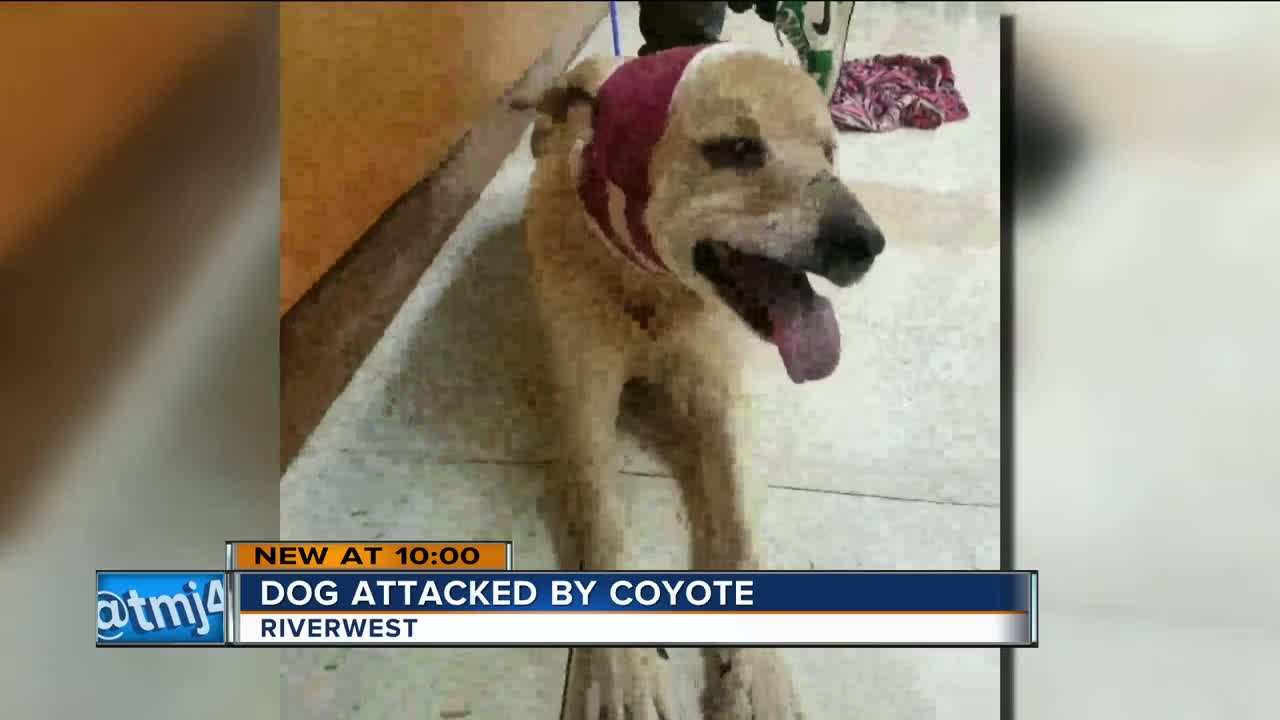 An alleged coyote attack in Milwaukee has the Wisconsin Department Of Natural Resources reminding people to take precautions when they walk their dogs.

MILWAUKEE — An alleged coyote attack in Milwaukee has the Wisconsin Department Of Natural Resources reminding people to take precautions when they walk their dogs.

Brigid is recovering from an attack Sunday night in Riverwest. Her owner Suzy Richardson Hollman said Brigid was bitten by a coyote while her son's girlfriend was taking her for a walk.

"The coyote approached them and obviously my dog was being protective of Carolyn. So they started fighting but luckily Carolyn got them apart," said Hollman.

But not without their dog getting hurt.

This is not the only coyote sighting in the city. On an Eastside community Facebook page, a woman posted: "Walked in to a coyote family this morning while walking the dog."

Last week, there were two coyote attacks in Chicago including one involving a 5-year-old.

TODAY'S TMJ4 showed the DNR pictures of Brigid. Robinson believes it's likely the coyote got scared by something and accidentally attacked.

"It's probably more likely that the coyote was spooked for some reason so it was more of a defensive reaction by a coyote," said Robinson.

None the less, Suzy says her dog is badly hurt.

"She sustained massive trauma to her ear and her mouth," said Hollman.

The family has a fundraising page for Brigid's vet bills set up on Facebook.

The DNR said the best way to keep coyotes away from you when you are out with your dog is to be loud and visible. Robinson suggests carrying a flashlight, making noise while you walk or even an umbrella to open if a coyote comes near you. If it does attack the best thing to do is try to look bigger and more aggressive by yelling and waving your arms.