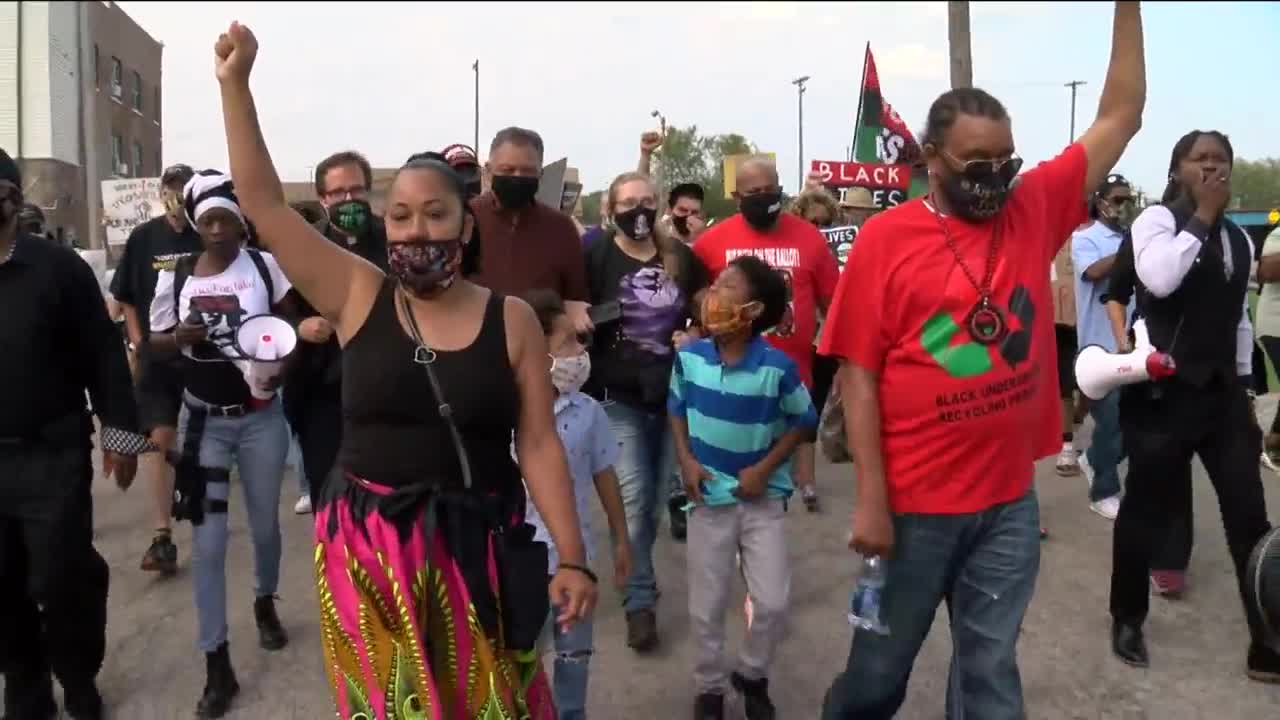 Rev. Jesse Jackson and the family of Jacob Blake marched in Kenosha on Thursday, calling for justice for Breonna Taylor, Blake and others. 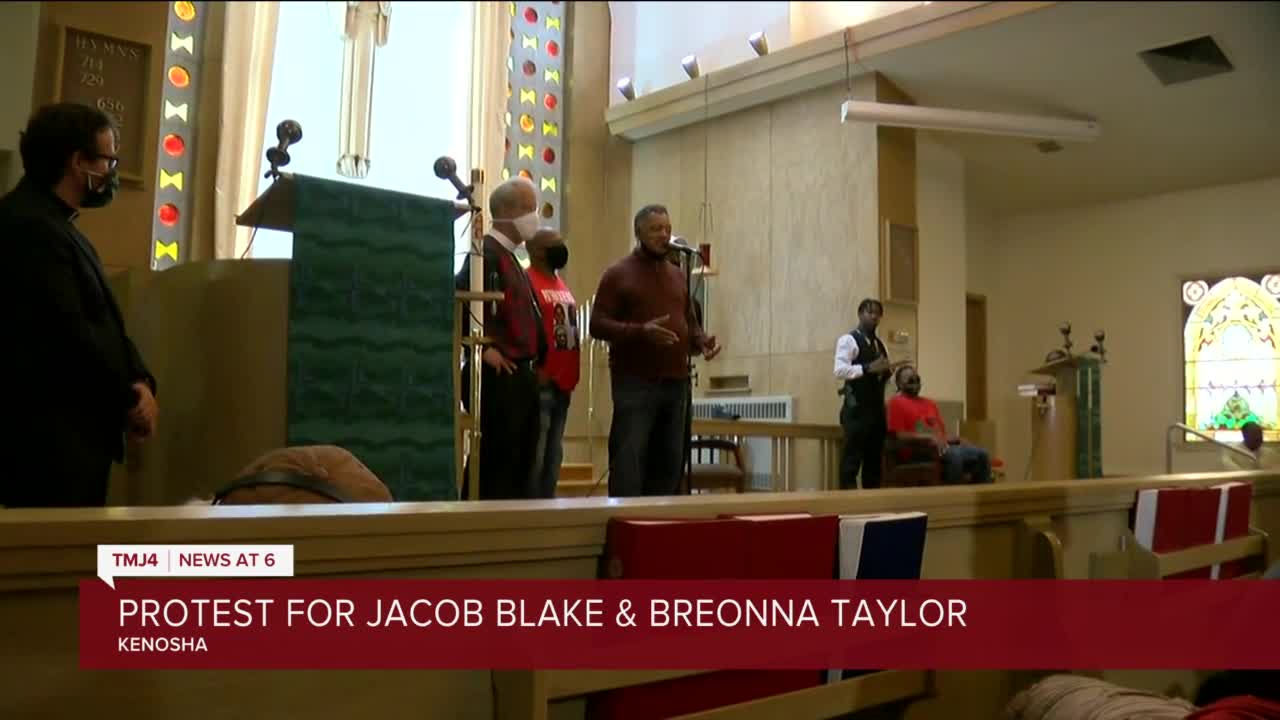 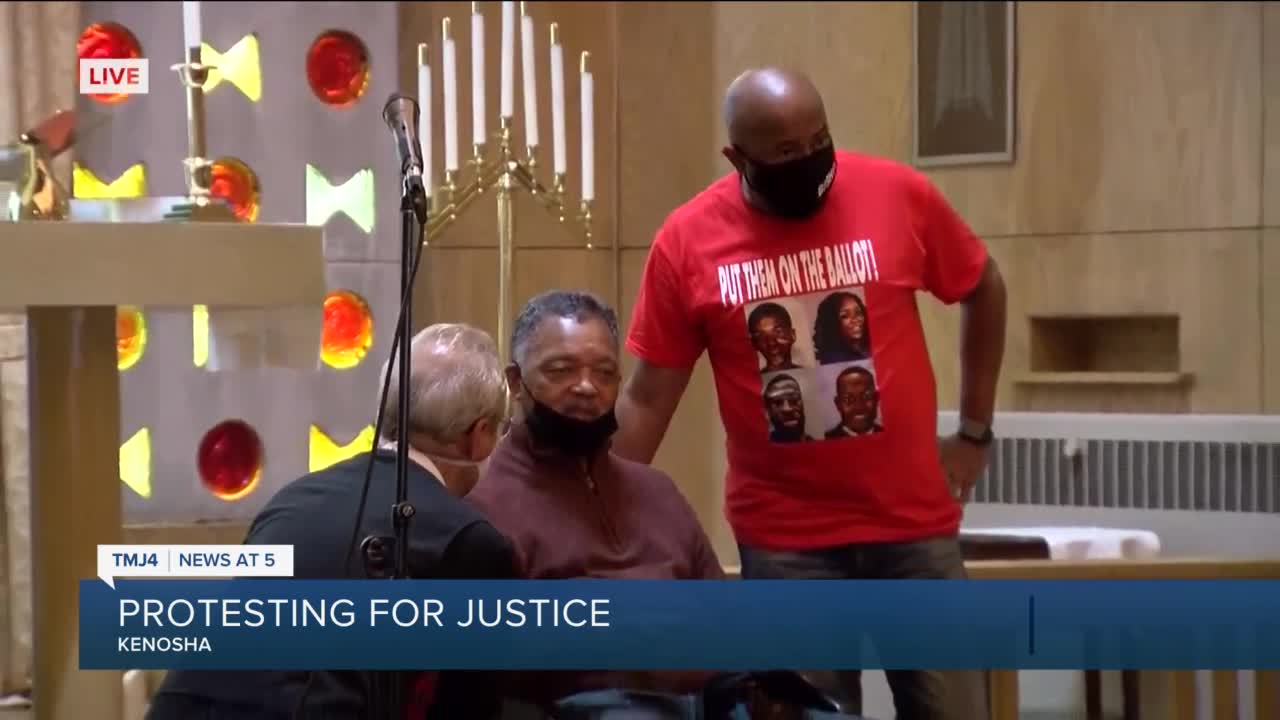 KENOSHA — Rev. Jesse Jackson and the family of Jacob Blake marched in Kenosha on Thursday, calling for justice for Breonna Taylor, Blake and others.

TMJ4's Ben Jordan spoke with Blake's uncle about the concerns the family has following the ruling in the Taylor case.

Justin Blake says his family does not have confidence in the state’s investigation into Blake’s shooting, but he tells TMJ4 they are not going to allow what happened in the Breonna Taylor ruling to repeat in Kenosha.

The group gathered at a local church, where Rev. Jackson was joined by Blake's uncle to condemn Wednesday's decision to not charge officers with the death of Taylor.

"If it’s by the laws in Kentucky that a Black woman can die in her house being shot six times by intruders that had a permit for to enter the house under the wrong impression or influence because the right person wasn’t even there - then we really need to change the damn laws," says Justin Blake.

But Justin Blake says they're pressing forward with hopes for a different outcome in Jacob's case.

“We are not leaving Kenosha until we get an indictment and a conviction of this officer," he said.

The family shared two demands along Rev. Jackson: calling for the officer who shot Blake, Rusten Shesky, to be terminated from the Kenosha Police Department, and to be charged with attempted murder.

“An attempted murderer should not walk the streets," said Rev. Jackson.

Blake's uncle says Jacob remains paralyzed in the hospital, where he continues to recover.

Blake was shot several times in the back on Aug. 23 by Kenosha Police Officer Rusten Sheskey. Sheskey, and two other officers, have been on administrative leave pending an investigation by the Wisconsin Department of Justice.

On Sept. 21, the DOJ said former Madison Police Chief Noble Wray would serve as an outside consultant on the Blake investigation.

Kenosha County District Attorney Michael Gravely had previously asked Attorney General Josh Kaul to select a consultant to review the DA's investigation, and on Monday Kaul announced Wray had been appointed to the temporary position.