Responding to Inequality: The role of white people in making change 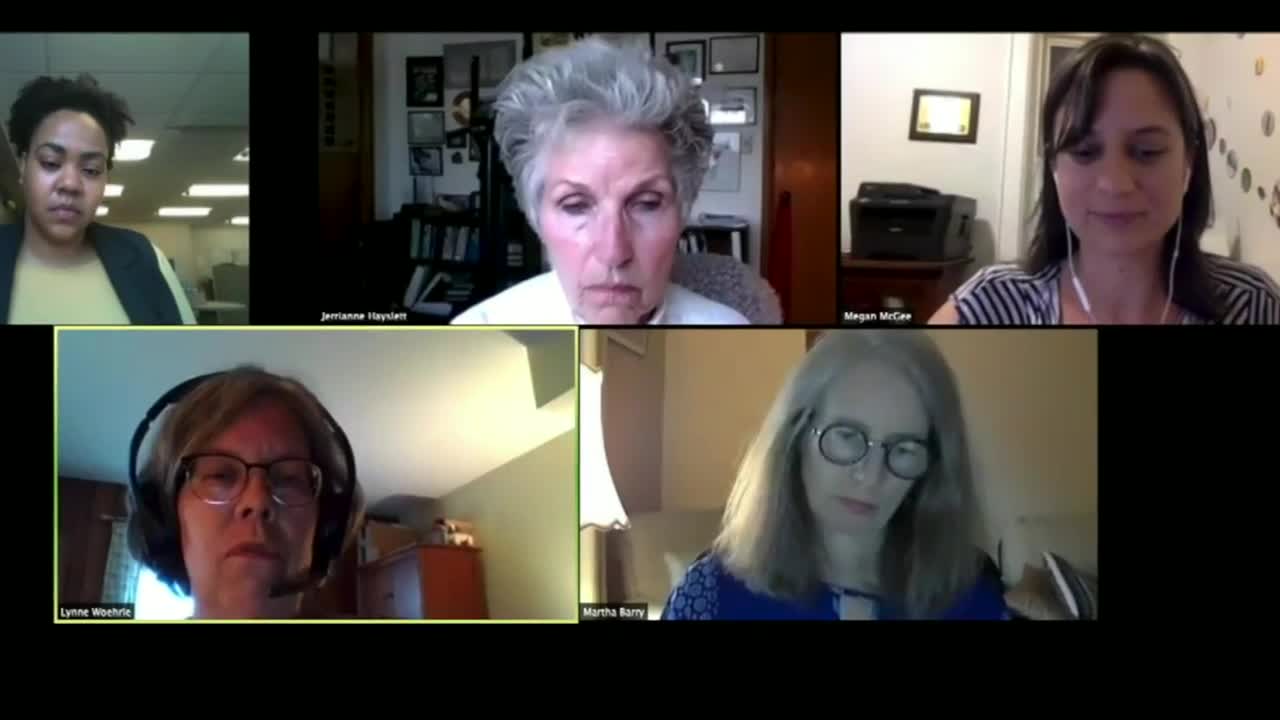 MILWAUKEE — There is a lot of momentum behind change in racial inequality right now, not just in Milwaukee, but all around the country. That change starts with white minds unlearning racism.

"I've met so many people, particularly white people, who have gone through the program and really been impacted," Corry Joe Biddle, Executive Director of FUEL Milwaukee said. "It really affected their lives and their networks and the way they see the world."

Biddle is referring to a program put on by the YWCA of Southeastern Wisconsin on Unlearning Racism. The program focuses on the history of racism and how it has been intertwined in everyone's psyche from the time they're born.

"We've all been socialized in race," Martha Berry, Racial Justice Director at the YWCA of Southeastern Wisconsin said. "In the air we breathe, the water we drink. Everywhere. It's in our culture because it is socially constructed. In order to rip it apart, we have to be willing as individuals to unlearn all of that socialization that says, I'm a good person. You can't call me a racist."

Berry was one of four white women on a panel chosen by Biddle and FUEL Milwaukee. Biddle says this is the second part of a discussion on race. She felt it was important to bring in white people to talk about it.

"They have demonstrated this and they walk the walk and talk the talk," Biddle said. "Their backgrounds really demonstrate a commitment to unlearning racism and helping other people do that. I wanted to have that discussion about what it means for people to see it and the challenges that people might have as white folks. Because, I don't understand those changes but I can imagine that they're there."

Biddle says 70 percent of the members of FUEL Milwaukee are white. So, in gathering a group of four white people to discuss race, she hopes it makes an uncomfortable conversation a little easier to digest.

"These women could be seen as sisters, mothers, grandmothers," Biddle said. "You know, people that look very familiar to our listeners. There will be people of all backgrounds listening and watching, but I want them to be able to see role models that have modeled and shown what a life can look like when you take the effort not to be a bigot. Sadly, it does take effort. It takes effort for all of us not to be jerks."

The women shared their experiences about when they first remembered acknowledging racism in their lives. For many, it didn't occur until later in life.

"I was in denial for a long time," Jerrianne Hayslett, an author said. "I grew up thinking, my mother was from the North so I wasn't as prejudiced."

Hayslett says she's made a concerted effort in her life to address racism; even talking to her sister who she says has vastly different thoughts than she does. She recalled a conversation she had with her about changing the names of schools with Confederate namesakes.

"I tell her, it may seem kind of silly but just think, what if I were a Black student attending a school that's named Robert E. Lee School?" Hayslett said. "How would I feel going into that school every day with my Black skin, knowing it was name after somebody who lead an army or fought in a war with the intention of keeping me a slave? I think it would affect me."

Hayslett and the other panelists admit, this can be a difficult conversation to have with those closest to you. But it's a necessary one.

"If you have to say, 'I'm not racist,' you probably are," Hayslett said. "But, what you can say is, I'm anti-racist. I'm going to be trying that on for a while."

This type of realization happened around the same age for Megan McGee, Executive Director of Ex Fabula. She says she knew about racism but it took her a while to fully understand what that felt like.

"I have a friend who would talk to me about being followed in a store," McGee said. "Intellectually, I understand but emotionally, it is so different from my experience."

With Ex Fabula, McGee says they focus on telling real Milwaukee stories with a focus on amplifying underrepresented voices. This is a big step she takes towards providing a more equitable Milwaukee, but she urges others to do something and unlearn racism.

"It's checking your own assumptions and continually learn," McGee said. "There are a million ways to take action. Just find one and don't worry about doing it wrong because you will. I will. I apologize and then I try to do better. That's ok. It's not about me and my feelings."

That acknowledgement of getting it wrong is something that's important towards change. McGee and the other panelists shared that fear but it's the thoughtful effort that counts; while expressing humility if you do get it wrong.

"We get scared," Berry said. "We get afraid. We're feeling guilty of saying it wrong so we don't say anything and we become bystanders. We witness this crap in our families and don't interrupt. I'm guilty of doing those same things. Like, should I say it now or later? Do I need to take that person offline and talk to them? We have to push ourselves to stay honest about it."

That hardworking is something Biddle says is important for white people to understand. Achieving a more equitable world will not be easy.

"It's not my job or my place to help them through that," Biddle said. "I think white people have to do that work for themselves. White people have to call and hold other white people accountable. I mean, I can sit up all day and wax poetic about unlearning racism and what's not right. But there is a certain barrier and a level of offense or maybe political correctness that's going to come with that message coming from me. It doesn't mean the same."

"Unlearning is not something you do once," Dr. Lynne Woehrle, Master of Sustainable Peacebuilding at UWM said. "It's something you're constantly doing. Unlearning is not necessarily saying, I know what's wrong and know how to fix it. It's saying, I can see that I'm surrounded by this set of rules and regulations or norms or habits or practices. And now that they're transparent to me, now I need to begin to think about, who is going to help me figure out how to change them. Who needs to be in that conversation. There are multiple steps to that unlearning process."

In addition to the YWCA of Southeastern Wisconsin's classes on Unlearning Racism, Biddle provided the following resources to help start the conversation with someone about race: