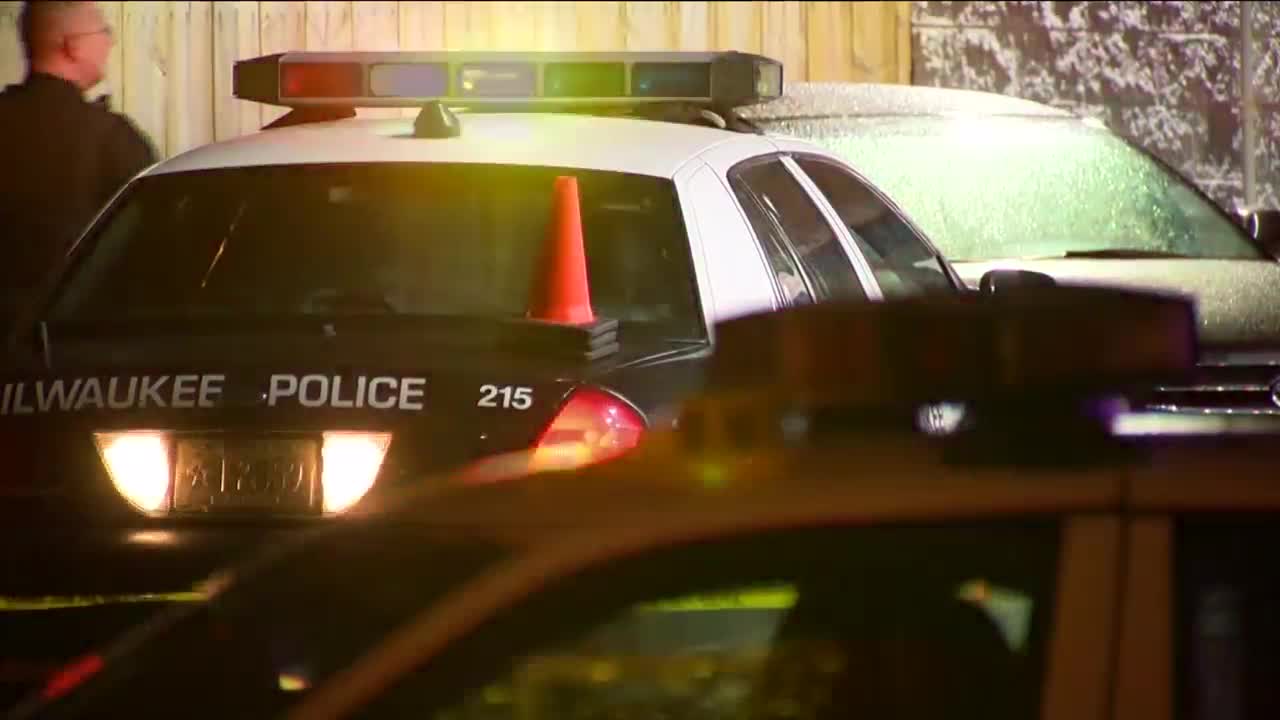 The relationship between African American communities and law enforcement has been under the spotlight for much of the last five or six years. However, what's happening today is the culmination of decades of simmering tensions.

MILWAUKEE — The relationship between African American communities and law enforcement has been under the spotlight for much of the last five or six years. However, what's happening today is the culmination of decades of simmering tensions.

"There have been bad relations between the black community and the police department going back to really, the 1940's [in Milwaukee]," Reggie Jackson, a local historian and Co-Owner of Nurturing Diversity Partners said. "The black population began to grow pretty rapidly. Teenagers and young adults were being consistently harassed by the police department."

Jackson says the fear has been instilled because of what happened during the time period after World War II. Specifically, he says it can be partly attributed to Milwaukee's longest-tenured Police Chief, Harold Breier.

"In the 1960's and 1970's, when Brier became Police Chief, that made the situation probably worse," Jackson said. "He was known as a person not friendly to the black community. His officers made it known they didn't care for black people."

The University of Wisconsin-Milwaukee (UWM) says Breier was adamantly opposed to the Civil Rights Movement. They say he ordered all officers assigned to protect the Youth Council for the Milwaukee NAACP to "not wear their police badges so they could not be identified if they were committing acts of police brutality."

He was also quoted as saying integrated busing in Milwaukee lead to more crime.

"We have bused crime all over the city," Breier said, according to the New York Times article in 1984. He said, the South Side of Milwaukee, which was predominantly white at the time, "now has black crime."

Jackson says, he believes Breier's influence doesn't have an impact on the current Milwaukee Police Department; Breier retired in 1984. However, Jackson does believe, even 36 years after he left the position of top cop, the impacts of Breier's leadership still impacts black Milwaukeeans.

"I think the legacy of Chief Breier is alive and well in the hearts and minds of a lot of black people," Jackson said. "Especially the older black community who remember those days. Those decades of very bad relationships with the police department."

"Over what?" Clayborn Benson, Executive Director of the Wisconsin Black Historical Society said. "50 to 60 years? People are less likely to want to call the police. You can see that. The police honestly feel they have supreme powers to do as they choose as it results to you or me. Their anxiety goes up, you're fearful."

Benson points to four specific cases where black men were killed by Milwaukee Police as far back as 1958 as another reason there is distrust in law enforcement by the black community.

He says, the killings of Dontre Hamilton (2014), Derek Williams (2011), Ernest Lacy (1981) and Daniel Bell (1958) have continued distrust for decades. Specifically, in the Bell case, UWM says police planted a knife on Bell after he had been shot and killed. His family received a settlement in the 80's.

"These are people losing their lives right here in front of me," Benson said. "I can see with my own eyes."

African Americans make up 22.2 percent of arrests in Wisconsin, despite making up just 6.8 percent of the total population.

You always hear that same line," Sylvester Jackson, Community Organizer with Ex Incarcerated People Organizing (EXPO) said. "You look like somebody we were looking for."

Jackson says he's had over 20 unprovoked interactions with police in his life. He says, whenever he gets pulled over by police, the first thing that goes through his mind is to pray.

"I pray that nothing happens to where I lose my life because I moved a certain way or responded a certain way," Jackson said. "I felt it had to be something deeper than just my skin. I felt it had to be something other than just the color. In essence, that's pretty much the motivating factor in a lot of these scenes. It's the color of our skin and a mindset of people that we don't deserve to be treated like human beings."

It's not a sentiment ignored by former police officers.

"A lot of the tension that happens is two-fold. The history of policing and the history of policing in the African American community, where there has been historically a distrust," Retired Milwaukee Police Assistant Chief Ray Banks said. "Secondly, communication. Both sides trying to understand each other."

"Throughout that as a kid, you're terrified of the police," Banks said. "But my grandfather made sure I knew, that's not the right way to do things and not everybody was that way. Which is why I wanted to get into law enforcement. It always stuck with me. I always wanted to make sure people knew, we were not all bad and I was one of the good ones."

"I'd go to community meetings, pour my heart and soul out and people wouldn't believe me," Banks said. "Or, when I go to talk to my peers or any officer, to talk about the community's viewpoint, it's hard to get that across."

"The damage those few bad apples do is inestimable," Moore said. "With respect to keeping a trustful relationship to whatever degree it can be between communities of color and the police organization."

Moore and Banks both admit, there are implicit biases within the Police Department like there are with any job. Banks says, he has to remind himself that someone wearing baggy pants does not mean they are a criminal.

Both men also agree, there are officers who are fearful of black people.

"Not everyone," Moore said. "I'm not going to paint all officers with a broad brush but there is a subset who most certainly see the dark hue of someone's skin as something to be feared and not trusted."

They say it does not represent the majority of police officers. Banks says, one step towards making the relationship better is diversifying the makeup of the Milwaukee Police Department.

"I would love to see the police department reflect the community it serves," Banks said. "[but] because they're from the community doesn't mean it's going to change the mindset of law enforcement. The whole system has to change where we're adjusting to each other. It's a two-way street."

That two-way street is going to require the community and law enforcement to see through each other's eyes.

"Right now, a lot of officers feel they're not appreciated," Banks said. "But there is a lack of understanding of the African American community. They've been feeling this way for centuries; under-appreciated. Now, you're feeling what we've been feeling."

In order for each other to see eye to eye, Banks hopes officers understand the community it's policing just wants to be treated with dignity and respect.

"If you go into an African American community, all they ever want is to be treated with dignity and respect," Banks said. "They don't care what color that comes from. The lines get blurred when that doesn't happen and gets magnified even more when it's someone that's not from your community."