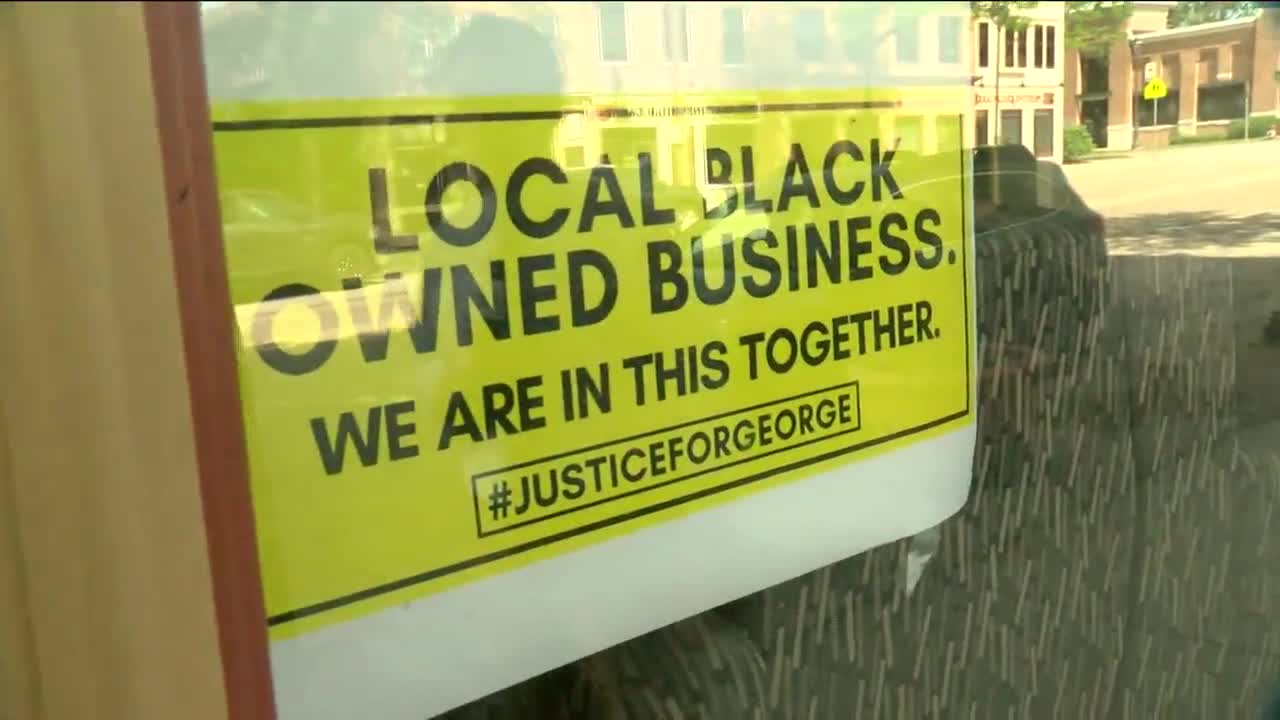 Our Shaun Gallagher took a look at black owned business and business owners who face significant challenges due to systematic racism.

MILWAUKEE — Starting a small business can be difficult for anyone, but minority communities have an even larger struggle.

"The reality really presents itself relative to banking and securing loans with regards to such things on the mortgage side as redlining," Ossie Kendrix, President & CEO of the African American Chamber of Commerce of Wisconsin said. "Those are some similar mechanisms that have been utilized when African Americans go to traditional banks to secure a business loan."

"Am I proud to be part of the 13 percent? Yeah," Clifton Phelps with JCP Construction said. "But at the same time, I'm ashamed it's not 30 percent."
Phelps and his brothers started their construction company from their parents' home 12 years ago. They said they faced many issues of systemic racism in trying to get started.

For others, getting started meant relying on the money in their pocket.

"I worked with pretty much my own savings," Paul Whigham, owner of Mi Casa Su Cafe said. "I had a lot of support from friends. As far as tapping into loans and grants, I started that about seven or eight months ago. It's something I should have done before I had opened the business because I could have saved a lot of money if I did that first."

Whigham opened his restaurant about two and a half years ago. Things have been going extremely well, as they started to expand into a neighboring space. However, he felt like he was getting into this alone since he struggled with gaining capital.

"It's a very segregated city," Whigham said. "There are not a lot of opportunities readily available. A lot of opportunities, we have to create them ourself and look for help along the way. I've dealt with hardships and struggles my entire life. I'm always up for a challenge."

"Historically, it's always been a challenge," Kendrix said. "When African American business owners start and they don't have a relationship with a bank, typically they start with the reserves that they have which may not be a lot. Those businesses are really self funded to start. If you have no history of actually being in business, regardless of professional occupation, banks aren't willing to lend business loans to startups. Then the business owners or potential business owners will come to a community development financial institution or loan fund. Which is what the African American Chamber provides to apply for a loan."

Kendrix says at the African American Chamber of Commerce, they can offer small business loans of up to $35,000 to businesses. They also offer educational programs in entrepreneurship, like the RISE Program, to help aspiring business owners gain the knowledge they need to survive.

These services can help minority business owners find the success that Whigham and Phelps found on their own.

Kendrix suggests, on top of the resources at the African American Chamber of Commerce, to reach out to local Business Improvement Districts, like the Historic King Drive BID. Those support groups help businesses in their respective areas get off the ground and do their part to help them be successful.

"They do a great job of engaging those businesses and making sure that they have the resources they need and helping them to be as sustainable as they can," Kendrix said.