Responding to Inequalities: Fourth of July through the Black lens 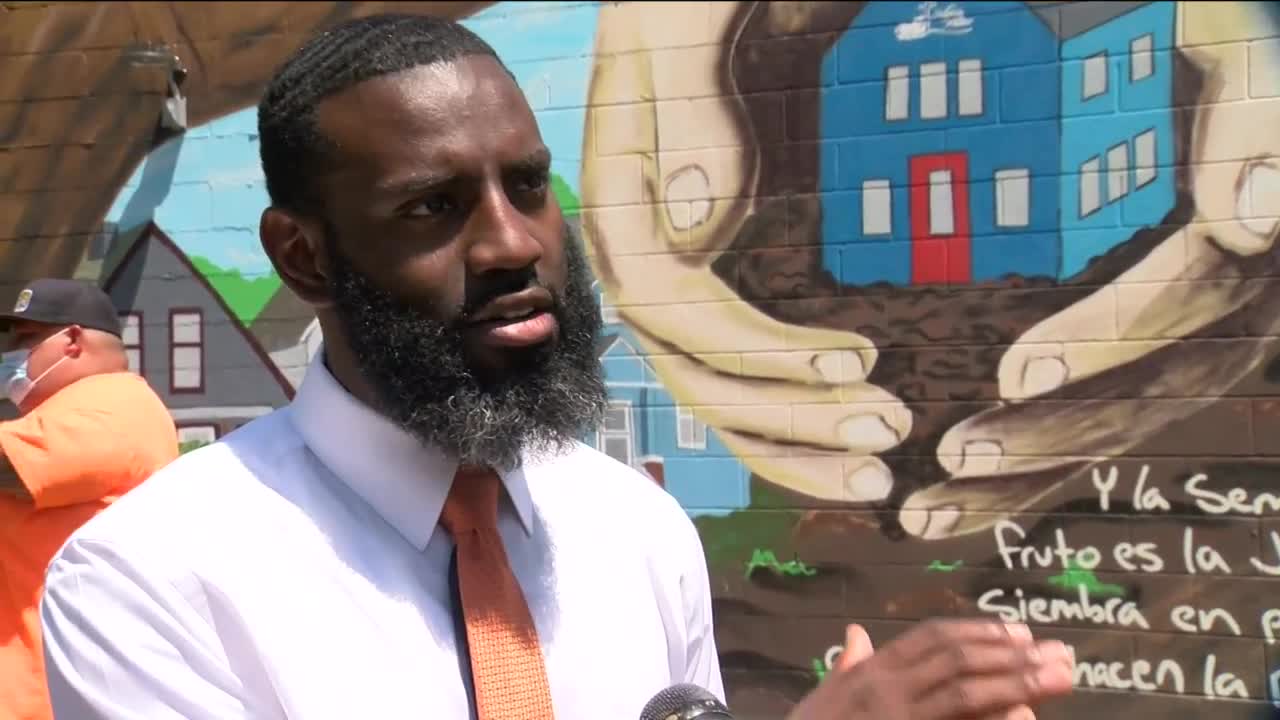 July 4, 1776 is the day America broke free from British rule; a cause for celebration to what America is today, but not for everybody.

MILWAUKEE — July 4, 1776 is the day America broke free from British rule; a cause for celebration to what America is today, but not for everybody.

"There will be a reminder that on July 4th, 1776, the Black people of this country were not free," State Rep. David Bowen said.

Bowen and other local leaders came together Friday afternoon to discuss racial equity and justice heading into the holiday weekend. This year, with protests on injustice happening all across the country, Bowen and others feel this holiday weekend carries a stronger message for people of color.

"It's important to not dismiss the history that got us here," Bowen said. "Not to dismiss the plight of folks still enslaved that day. It heightens the education, the awareness and the fact we should know our history. This is American history that can be honored and celebrated to the point that, we need to ensure that true freedom is given to all people of color."

"I think the 4th of July is very important too," Ald. Cavalier Johnson said. "When those last slaves were in Galveston, TX were told they were free, you link that with what's promised to all people in this country, in our founding documents, and what the 4th of July celebrates, that's what we're striving for. That's what we're trying to get to."

Johnson referenced the freeing of slaves on June 19, 1865. The holiday, Juneteenth, is when African Americans celebrate their freedom in the same ay America's forefathers did in 1776 from the British.

"The Fourth of July, most people of color, African Americans in particular, are going to look and say hey, for us, Juneteenth," Johnson said. "I'm recognizing Juneteenth."

The Fourth of July has taken somewhat of a duality for people of color. Khola Cooksey says the day has been marred as she's grown up.

"They didn't teach us a lot about Black history," Cooksey said. "We thought July 4th was something we can celebrate and be with family. Now, since the movement is going on, July 4th, we're not going to celebrate because it's not our history."

Cooksey does say her family will still likely go to a barbecue or spend time with close family, but she doesn't view the 4th of July in the same way anymore.

"I think that a lot of people need to know that and understand that," Cooksey said. "Juneteenth is our day to celebrate. That is definitely my Fourth of July."

For people like Cooksey, it's not necessarily replacing one holiday for the other but understanding the true meaning of the Fourth of July and what it represents; allowing people to celebrate, or not celebrate, how they wish.

"It is huge to just sit back and see how far we came as Black people," George Bullock of Milwaukee said. "I think that's important. I may pop some firecrackers or smoke a cigar. Sit back and take time to think about what life is about, what the Fourth of July is about."

"I think it's like special and very joyful," Demetrice Sam II said. "You get to see the fireworks a lot."

Young Demetrice enjoys all of the pomp and circumstance that goes into the holiday. His father says he won't take that away from him but as he grows up, he's educating him about what this day represents for people who look like him.

"The Fourth of July, one point in time, it meant pride in being an American and as of lately, not so much," Sam said. "I want to let him know what the 4th of July meant as well as, we just passed Juneteenth."

Sam too will enjoy a barbecue and time with his son. However, his hope is people will understand, Independence Day does not have universal appeal.