Responding to Inequalities: Common words or phrases with racist history 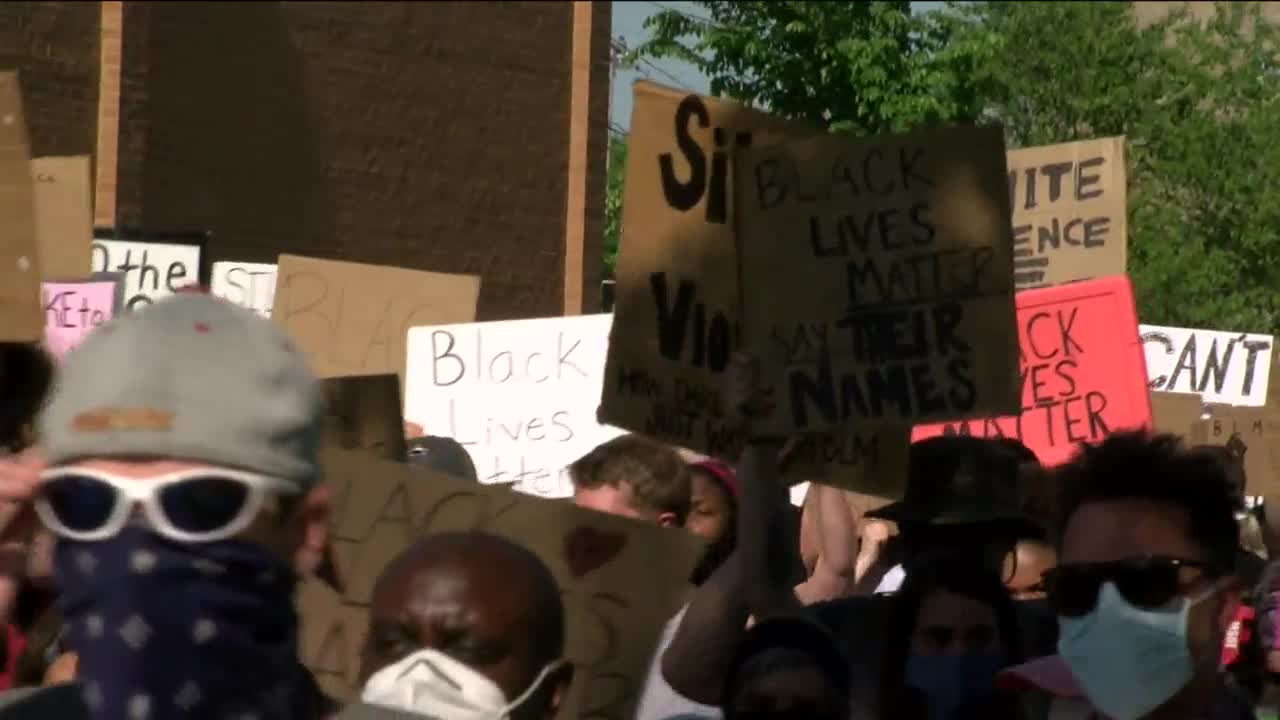 Many common phrases, euphemisms, cliches and individual words may come across as simple but carry serious racial impacts for people of color. MILWAUKEE — Many common phrases, euphemisms, cliches and individual words may come across as simple but carry serious racial impacts for people of color.

And it goes farther than the N-word.

"The overt images may not be there," Dr. Cedric Burrows, Assistant Professor of English at Marquette University said. "But there are always these subtle ones that are there and it upsets people. The classic one right now is the Aunt Jemima and Uncle Ben debate. People will say it's just advertising but it's still rooted in a lot of history. You can update it and make it look nice but the history is still there on them no matter what."

Burrows is also an author of a book on African American Cultural Rhetoric called "Rhetorical Crossover: The Black Presence in White Culture." He says, there are many common phrases we use every day that have strong racial ties.

All of which are steeped in historically racist beginnings. The true definition of these words has been lost over time and now have a goal of achieving one thing: suppressing African Americans.

"It's almost like this idea that because you can't say the N-word, this is a replacement for it," Burrows said.

Burrows explained why each of these words are racially charged.

Thug - "People harken back to how it may sound and they remember how people were explicitly saying the N-word so it evokes a particular memory of society and how it was more blatantly racist than it is now."

Uppity - "When Black people were lynched, they'd use that term uppity, as in, they were acting uppity. That they didn't know their place."

Ghetto & Hood - "There is a particular image of who lives in the ghetto or hood. That's still racially loaded terminology. It almost equals, when anyone says hood or very ghetto, they're trying to say it's very black. That's another way you're trying to say something without saying something."

Boy - "It all depends on who the audience is and in what context. The word 'boy' if I'm talking to another Black person, it has a different meaning. But say, I'm talking to a student or something and they call me boy, that has a whole other meaning behind it. Especially, if that student is white because of that whole history behind it in terms of power within the group."

Peanut Gallery - "Going to the theatre, back in the day of segregation, whites would sit at the bottom of the theatre and the Blacks in the top. People had peanuts and would throw them off the balcony on the ground. That's the place, after a movie or show, people would not clean up the balcony so there was a lot of debris up there."

Burrows also points to more than just word choice in conversations. It can be seen driving down roads in Milwaukee.

These phrases may seem innocent at first glance, but they get more egregious and explicit. For example, lynching has a strong racial connotation to it.

"It's a very loaded word," Burrows said. "It has plenty of history behind it. Lynching itself was a practice, mostly in the frontiers in the early 19th century but it becomes racialized in the latter half of the 19th century and early 20th century where a majority of people were African Americans."

In June, a woman in Menomonee Falls came to the defense of a village trustee after he made insensitive comments on Facebook by referencing lynching.

"If we are going to hold him accountable and lynch him in the nearest tree, than we might as well hold everyone else [accountable]," she said.

"It's a poor choice of words," Burrows said. "It's a case where people should be aware those words do have a racial history behind them and people are just like, I don't think so. But there is too much information out there for you to not know that. People should know better than saying those words. Those words are very loaded and very racialized as well. It heightens the situation cause then, it evokes a lot of memories. You never know who had a family history where people had a relative who was lynched. That wasn't that far ago."

It's another example of the definition being lost in how the word is used.

"I know plenty of people who had stories of family members where they may not have been lynched on a tree but they were shot or killed or ran off the road in the 1960s or beyond," Burrows said. "It takes many forms and evokes a lot of history and heightened tensions and emotions in that case."

Burrows says it goes further than just the actual words as well. Things like blackface or dialects to mimic African Americans can be just as damaging to the psyche of the people.

"That's why I tell people, it's not just the words you say, but how you say it," Burrows said. "When you do that, you have to remind yourself, you're mocking a culture," Burrows said. "You like the entertainment, but you don't understand all the pain and everything that was developed behind that entertainment as well. That entertainment is grounded in a lot of pain in history. You're not just performing something but reflecting a lot of other things when you do that."

He points to other well-known pieces of American culture with heavily racist roots. The Great American Songbook, Disney World's Splash Mountain, even in music.

"Even in Gospel music, it's loaded racially," Burrows said. "You have Gospel music to refer to Black sacred music and for white music, it's called Christian music. That's the idea that in marketing, you see a lot of racially loaded terms."

He hopes the current events can be an example for change. Those who may label protests as riots are giving a negative connotation to what's happening. He compares it to the Boston Tea Party being referred to as a rebellion; or good triumphing over evil.

"When I hear that, it's like, I hear that history," Burrows said. "They may not realize it, but that's when I have to explain to them the dynamics behind it. Because they thinker's a matter of me being too stiff or formal. I say this is my background."