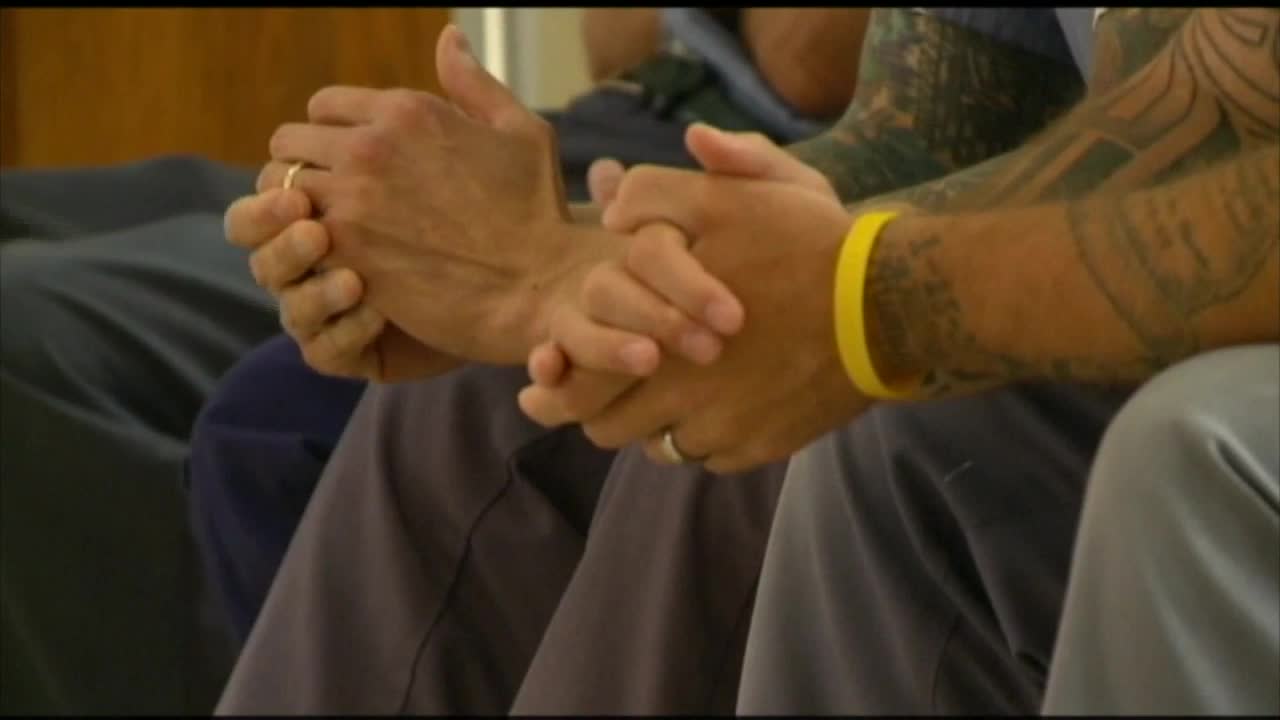 Inside of Wisconsin prisons, the makeup of inmates do not reflect the demographics of the state.

According to Census data, African Americans make up 6.7 percent of the total population, compared to 87.1 percent being white.

However, African Americans make up 22.2 percent of the total arrests, compared to 71.5 percent for their white counterparts.

In addition, African Americans make up 38 percent of the total prison population as compared to 52 percent of their white counterparts.

"There is something not right about it," Jerome Dillard, State Director of EXPO Wisconsin said. "We all know it, but no one wants to admit it."

Ex-Incarcerated People Organizing (EXPO) is an advocacy group to help people like Dillard. He spent time in three prisons in Illinois and Wisconsin. Now, he helps those incarcerated get back into their communities. He says African Americans like him are disproportionately targeted.

"Racism does play a role in this," Dillard said. "I remember being beaten by police officers as a young man. This country is not going to change until we admit that how African descendants have been treated since the time of landing in this country, it's strategic."

Mastantuono is a lawyer in Milwaukee with Mastantuono & Coffee. He says from arrest to conviction, the system is flawed against African Americans.

"Is there a disproportionate impact on people of color due to race at just about all of those touch points?" Mastantuono said. "Yeah, I would have to say, from 27 years of experience in the criminal justice system, absolutely. Any lawyer knows, when somebody appears before the judge at the end of a case and they're wearing a suit like I'm wearing or they're wearing an orange jumpsuit, that makes a huge difference in the judge's perception of whether or not this person is already worthy of jail or is already a convict or not."

On top of communities of color being targeted, Mastantuono says when they get into the court room, the role of those handing out sentences needs to be evaluated.

According to The Gavel Gap, in Wisconsin, 76 percent of the judges are white men and under five percent are people of color.

"If you're really going to get to the bottom of, hey, how come there are more black people in prison?" Mastantuono said. "How come our bench isn't very diverse? How come black people are more fearful of being arrested and of being harmed when arrested than white people? There are not easy answers but I think there are actually fairly obvious factors that affect all of this."

"People didn't apply for Governor Walker's appointments that came from diverse backgrounds, as if that is the answer," Mastantuono said. "If that's the response and you're really trying to improve the quality and competence of our bench in Wisconsin and have it look like the community that it serves, you have to challenge yourself if you're on that committee. When people aren't applying for these jobs that reflect the community and say, what are we doing wrong? Are we recruiting to the African American Lawyers Association? Do we have a relationship with the Hispanic Lawyers Association? Do we have relationships with the other affinity bar associations; Asian American, LGBTQ and practice diversity and the people that we're attracting. If not, why not? What are we doing to recruit?"

Having a diverse bench would lead to more fair results, according to Mastantouno.

"Things in any organization are improved by the diversity of experience and qualifications," Mastantouno said. "The courts are no different in that regard. When you enhance diversity of that experience, you enhance the ability of a white judge from the suburbs of Milwaukee saying, you know, my colleague told me about his or her interaction with the police that was vastly different than my own. When I go to the bench and I make decisions, I'm probably going to bring that training from my colleague with me to the bench because that wasn't my own experience."