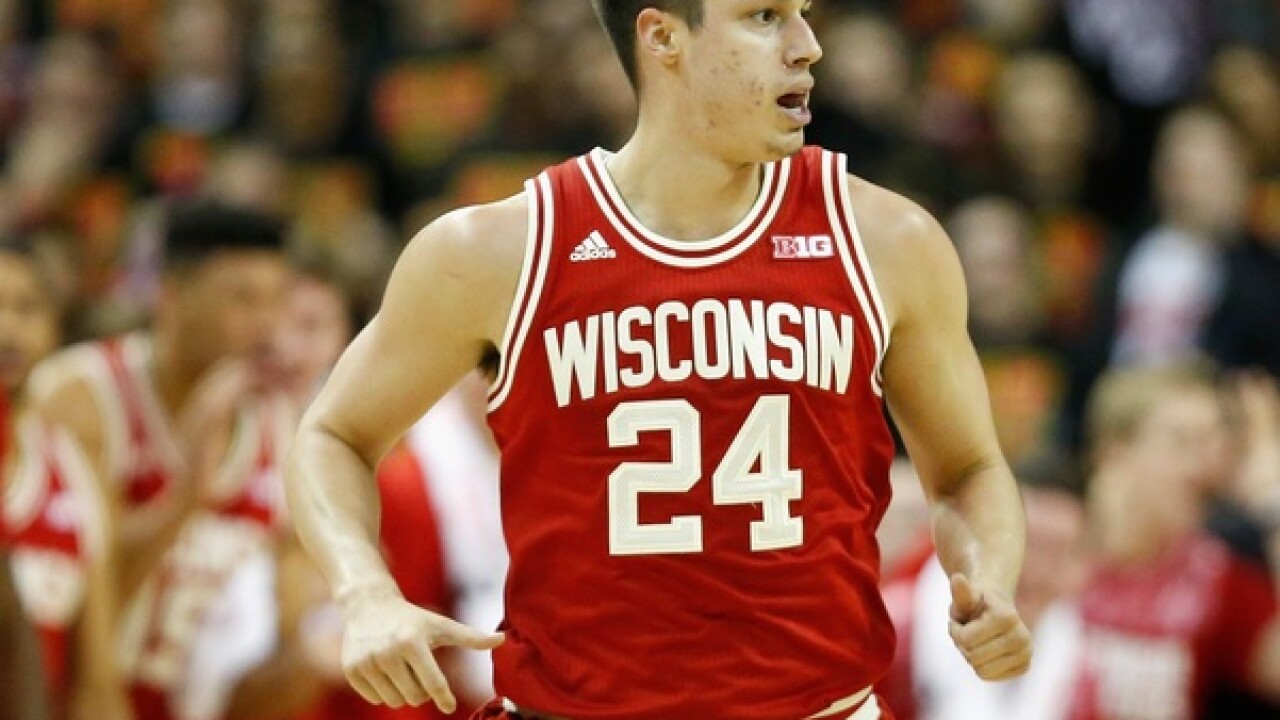 Rob Carr
<p>COLLEGE PARK, MD - FEBRUARY 13: Bronson Koenig #24 of the Wisconsin Badgers celebrates after hitting a shot in the second half against the Maryland Terrapins at Xfinity Center on February 13, 2016 in College Park, Maryland. Wisconsin won 70-57. (Photo by Rob Carr/Getty Images)</p>

MADISON -- Wisconsin Badgers basketball star Bronson Koenig will travel to North Dakota this weekend to join the growing Dakota Pipeline protest, according to a report published Monday on Yahoo! Sports.

Koenig, perhaps the NCAA's most well-known Native American athlete, told Yahoo's Jeff Eisenberg that he, his older brother, and his trainer will leave Madison Friday and drive until they reach the protest area, not too far south of Bismark, North Dakota.

Protests over the planned pipeline have grown in recent weeks. The Standing Rock Sioux tribe opposes its construction for two major reasons: They say it travels across sacred burial sites, and that any potential leaks or ruptures could pollute local drinking water.

Last week, the Obama administration announced that three federal agencies would "effectively pause work along the most hotly disputed section of the project," according to Politico, though that doesn't mean construction plans have as of yet been scrapped altogether.