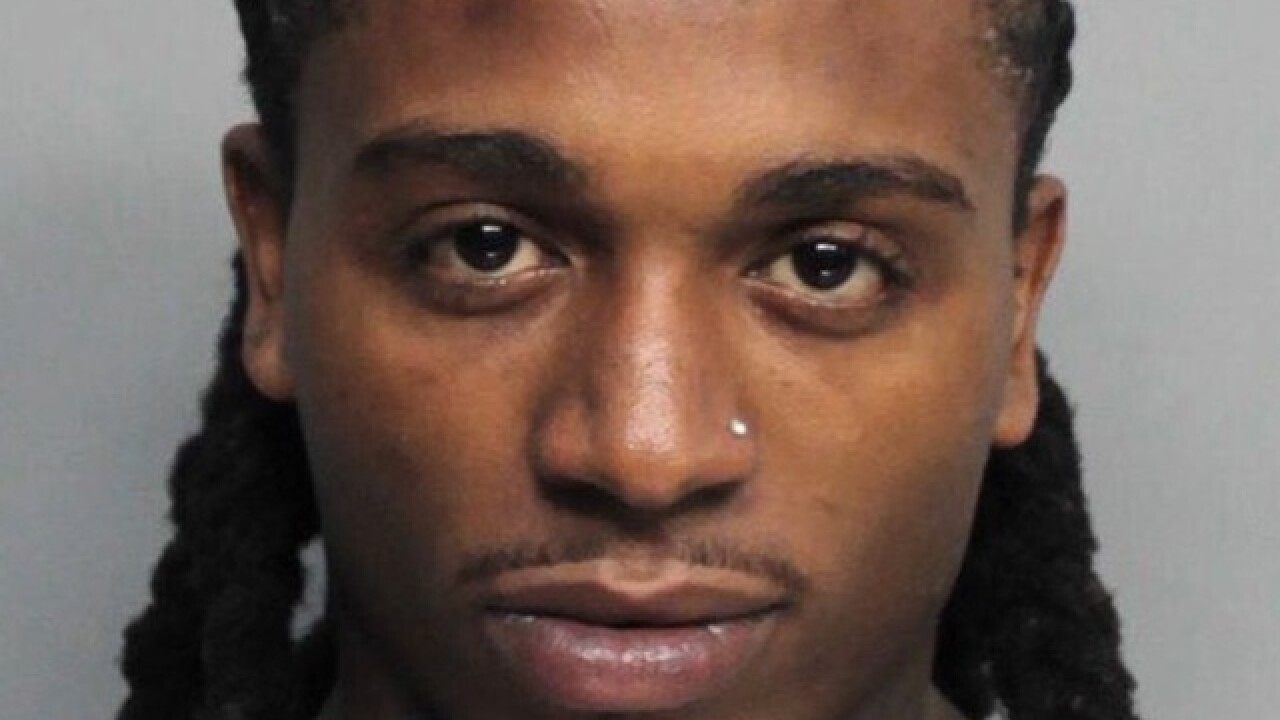 Copyright 2018 Scripps Media, Inc. All rights reserved. This material may not be published, broadcast, rewritten, or redistributed.
Handout
<p>MIAMI BEACH, FL - MARCH 21: In this handout photo provided by the Miami-Dade Police Department, singer Jacquees is seen in a police booking photo after his arrest on charges of failure to obey a lawful command March 21, 2018 in the South Beach neighborhood of Miami Beach, Florida. The incident took place after Jacquees was stopped for a traffic violation for failure to wear a seat belt. (Photo by Miami-Dade Police Department via Getty Images)</p>

According to a deputy's report, the incident started when Jacquees (born Rodriquez J. Broadnax) was in a verbal argument with someone in the baggage claim area. After the deputy told the two involved to go their separate ways, Jacquees reportedly refused, "getting closer" to the person he was yelling at.

After telling Jacquees to stop several times, the deputy says the singer continued to "scream and sing using foul language" in front of other people. The deputy warned Jacquees to stop or be cited for being disorderly conduct.

That upset the singer, who reportedly responded, "You're just a white boy with a badge, f**k you." He also flipped off the deputy, according to the citation.

Jacquees eventually complied with the deputy's requests and was detained, the citation says. While he was being escorted, the deputy says Jacquees "continued to scream and use foul language telling citizens to record what was happening to him."

Broadnax faces a $484 fine, and is not required to appear in court.